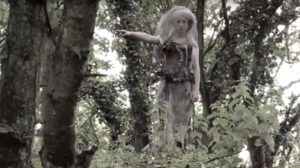 Warley Woods, on the border of Birmingham and the Black Country, is a lovely, green open space, a welcome escape from the surrounding urban area.

It is popular with walkers, runners, cyclists and footballers. Dogs love to take their owners for a mad romp around the trees. It is so popular, in fact, that some people never want to leave. Not even after they have died.

Many local people, especially if they attended Abbey Road School, will have heard of the ‘Grey Lady’ (who seems to have a ghostly sister at Dudley Castle). Pupils at the school have scared each other for decades with stories of the Grey Lady of Warley.

In the late 19th century, Warley Abbey was owned by Sir Hugh Gilzean Reid, MP. On one occasion, his guest, a journalist called Harry Furniss (pictured right) was enjoying a cigar in the smoking room.

As he looked out from the window he was astonished to see the Grey Lady wandering aimlessly down a pathway, before disappearing. The apparition lasted long enough for him to make a sketch, which duly appeared in newspapers and magazines of the day.

A few years later, a local lad by the name of Robert Shaw was walking across the park with his brother and their dog. As they walked towards a group of oak trees they could make out the figure of a woman.

Getting nearer, they were unnerved to realise that the woman seemed to be staring at them. They described her as “dignified, wearing an old-fashioned dress that stretched to the ground”.

They became more alarmed when their dog raised its hackles and ran away as fast as it could. The boys soon followed the dog’s example and ran home to tell their mother that they had seen the Grey Lady.

This apparition is always seen at the site of the sadly demolished Warley Abbey, which was built in the 1790s by the Birmingham gunmaker Hubert Galton, a member of the Barclays banking family. 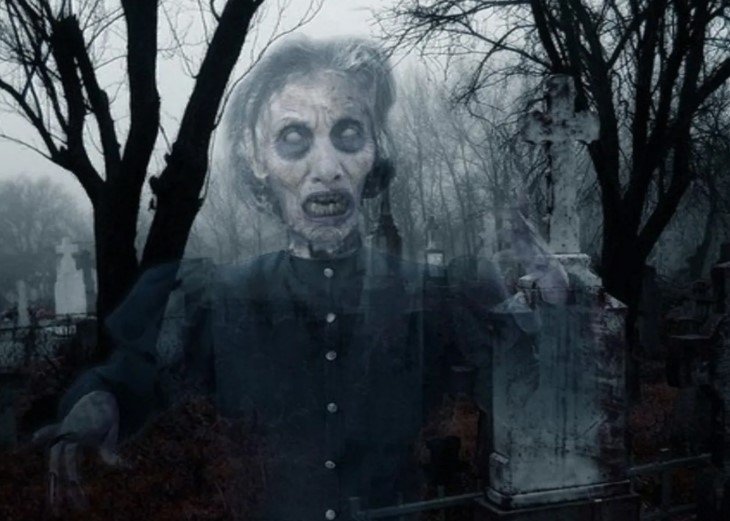 This wealthy family was not to be happy at Warley Abbey.

Hubert’s daughter Lucy was one day found murdered, the killer was never found. Another Galton heiress was jilted by her lover. Driven to despair by this heartless betrayal, she is thought to have committed suicide on the grounds of the Abbey by hanging herself from a tree.

Could either of these unhappy young women be the Grey Lady?

Another ghost said to wander Warley Woods is that of Sam Whitehouse, who was found dead in April 1822.

Sam had spent the day shooting wildfowl with his brother-in-law Joseph Downing. Whilst riding through the woods to his home in Oldbury, something terrible happened, although exactly what befell poor Sam remains a mystery to this day.

All we know for certain is that Sam Whitehouse was found dead with severe head injuries and that his pocket watch and a small bag of sovereigns were missing from his person.

Joseph Downing was accused of his murder and went on trial for his life. He vehemently denied the charge and his lawyer came up with an intriguing defence.

He claimed that Whitehouse’s horse had been startled “by the sudden appearance of a phantom woman said to manifest itself close to the spot where the unfortunate man was found”.

The lawyer said that this phantom, the Grey Lady, was “utterly accepted and witnessed by numerous people in the district”. The jury agreed and Downing escaped the gallows.

One of the more surprising apparitions is that of a Chinese man in oriental dress. This ghost may also have a connection with Warley Abbey and the Grey Lady.

One story has it that the Chinaman was a servant of the Galton family and became obsessed with the beautiful Lucy Galton. In a mad rage of jealousy he murdered her but was never suspected of the crime. He died full of remorse, his spirit imprisoned at the site of his terrible deed.

A happier story is that the Chinese gentleman was employed by an old lady who lived in the gamekeeper’s cottage during the 19th century. He chopped wood, cooked meals and maintained the cottage. In return she showed him a great deal of kindness and gave him free board and lodging.

Was this Chinese man so happy with the old lady and her cottage that he has never left?

The origins of Warley Woods go back nearly a thousand years. Many, many people have lived, worked and died there. It is not surprising that a few of these people have lingered on in spirit form, giving a fright to the occasional visitor.

Next time your dog stops in its tracks and starts to growl at a tree, you could be in the presence of the Grey Lady.