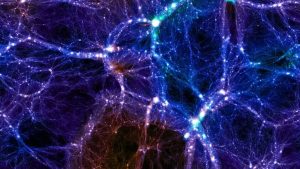 The structure was discovered in November 2013 by a US-Hungarian team of astronomers.

The Great Wall of Hercules is a giant “thread” that includes galaxy clusters connected by gravity. Clusters, in turn, are made up of “galactic families” linked by gravitational bonds.

The great wall of Hercules has absorbed billions of galaxies, quintillions of stars and even more planets. And if there are so many planets, it’s hard to even imagine how many other life there can be.

“The Her-CrB GW is larger than the theoretical upper limit on how big universal structures can be,” Dr. Jon Hakkila, an astrophysics professor at the College of Charleston in South Carolina and one of the astronomers who discovered the structure, told The Huffington Post in an email. “Thus, it is a conundrum: it shouldn’t exist but apparently does.”

Mysteries just like this are why astronomers scan the skies for a glimpse into the past, as they shed light not only on the early years of our universe, but also more about our galaxy, our solar system, and ultimately, ourselves.

The length of the Great Wall of Hercules exceeds any theoretical maximum, so for a long time many astronomers believed that this structure is the product of systematic errors made in data processing.

However, by 2020, after analyzing a new and larger data set, several independent teams of researchers still confirmed the existence of a supermassive structure.

Because astronomers are still mapping the sky, there just may be something even grander than the Hercules-Corona Borealis Great Wall in our universe.

“The danger of finding the biggest, or most distant, or the oldest things in the universe is always that sooner or later someone is likely to come along and find something bigger, more distant, or older than the thing you found,” Hakkila said. “So far we have not been upstaged, but it has only been about six months since we published.”

Feast your eyes on the Hercules-Corona Borealis Great Wall measuring around 10 billion light-years across. How big is that exactly? In miles that’s a six followed by like 22 zeros. And if you’re going at the speed of light, it would take you 10 billion years to get from one end to the other.

You see, this ‘great wall’ is so massively ginormous that it shouldn’t even exist, given the age of the universe. Astronomers just can’t wrap their heads around the idea that an object that formed only a few billion years after the Big Bang could have grown so big.

The European Space Agency THESUS space telescope, which is scheduled to launch in 2032, will try to explain the nature of such a large structure. The device will study gamma-ray bursts, X-rays, star formation, the evolution of metallicity (the appearance of elements heavier than hydrogen and helium as a result of the evolution of stars) and reionization (the period in the history of the Universe between 550 and 800 million years after the Big Bang), which will significantly expand our knowledge of the young space.

Our Universe seems to be striving for a comprehensive unification, which is probably the next stage in its development.

The Five Strangest Objects in the Solar System