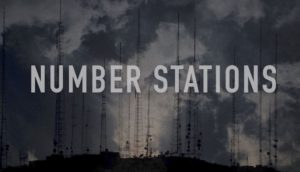 Numbers Stations have always been a subject of some controversy and more than a little speculation. In addition to being eerie reminders of the chaotic mystery that is our world they offer up an enigma that cannot be reasonably solved by most people.

And to listen to one is to look into the very face of the more sinister side of the unexplained. But if you thought numbers stations were creepy before, that’s nothing.

Governments of the world all over have the ability to stop any given radio station from broadcasting through a method known as jamming. And yet whenever they try to jam these mysterious numbers stations, their attempts almost always inexplicably fail.

This has led some to draw some disturbing conclusions about these most bizarre of broadcasts.

If you ever turn on the radio in the middle of the night and suddenly your AM band tuner runs across a strange series of numbers, you might want to listen a bit more carefully.

You may be looking at one of the world’s most perplexing mysteries right in the eye. These stations are often accompanied by eerie phantom music that sends out a mysterious encoded message that can only be understood by those who have the key. And that key has never truly been cracked.

But when these same methods were used to shut down these mysterious numbers stations, the results were always as unexplainable as the stations themselves. They simply cannot be jammed.

In 2008 EZI 1 was jammed on frequency 9130 kHz. But as the jamming procedures continued, the signal simply drifted over to 6840 kHz and resumed operating as normal. A number of other stations, when attempts were made to jam them, operated in a similar fashion.

Jamming hardware is difficult, expensive and rare, and with the number of jamming stations operating throughout the world in massive quantities, the fact of the matter is the governments of the world simply do not have the resources to find and jam all of these mysterious stations.

And this doesn’t do much to quell the apprehension many people have expressed around the mysterious stations. With attention to these strange stations increasing dramatically over the past few years with the use of such information outlets as the Internet, some are wondering if the mystery points to a different sort of phenomenon.

The idea of a mysterious radio signal breaking off across the airwaves to transmit a mysterious signal is strange enough, but what if the radio station broadcasting were finally discovered and explored only to reveal no one behind the controls at all?