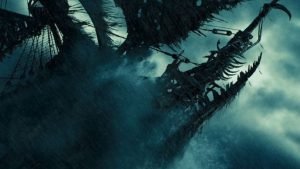 The sea and the souls it captures form the basis of many haunting tales. One such tale that you may be aware of is “The Flying Dutchman”, the ship cursed to sail endlessly, never docking and never gaining a reprieve from the harsh waves.

From lives and loves lost to crews stranded for eternity aboard their doomed vessel, the possibility of tragedy looms dark and dangerous at sea. The fated crew aboard the ship in this paranormal legend are never allowed to dock and if a living crew is unlucky enough to chance upon them, they will try to contact people who have long since passed.

There have been a number of sightings of the ship noted over the years, beginning in the late 1700s and the witness accounts have evolved into legends. Accounts of these sightings vary between witnesses, but the two most common will be relayed momentarily in this article.

It is unknown when exactly the ship originally sank but between witnesses, the legend always has a few common strands.

First and foremost, the ship is generally spotted somewhere in the Atlantic Ocean – the Cape of Good Hope off the coast of South Africa has been home to the legend of “The Flying Dutchman” many times, as has the distant North Sea, which lies between Great Britain and mainland Europe.

The ship is most often seen during a violent storm. This echoes the circumstances in which it was cursed and sightings may even cause ships carrying living sailors to be led to their deaths.

It is also generally agreed upon that the ship is cursed because of the actions of one man – the captain. In a perhaps confusing twist, the name “The Flying Dutchman” does not actually refer to the title of the ship as one would think.

Instead, it refers to the captain of the ship, a Dutch captain who has been reported to go by various names such as: Van Demmien, Fokkeis, Hendrick Van der Decken or Van Straaten.

The basic premise of this legend is that centuries ago a ship, due to the actions of its captain and crew, became cursed to roam the high seas for eternity. It may never lay anchor in a port and the seamen may never return to solid ground.

When encountered by a crew of the living, the men aboard the phantom ship will ask that you take a letter for them to a loved one, not realizing that the person they wish to contact is no longer alive. If you accept this letter or message to the dead then you too will be condemned to a life of tragedy and despair.

Now to the variations within the tale itself, as there is one commonly known version and one that is less widely told, but both contain details that are pertinent to the paranormal activity that occurs.

In the popular version, which tends to go into more detail, the headstrong Dutch captain had been sailing in rough waters all day, fighting against the howling wind in his attempts to reach the Cape of Good Hope. He had been offered safety in other ports or with other vessels but stubborn as he was, he refused, sure that he alone could complete his voyage.

At some point the captain went to his chambers to drink, smoke and be merry, commanding the crew to steer ahead in his absence. This resulted in discontent among the crew as they were sure that their captain had gone insane.

They believed that he was challenging God with his blasphemous curses and would incur his wrath, so they mutinied. Or rather, they tried to. Disturbed by the commotion, the captain emerged and promptly shot the leader of the mutinous group and tossed the body overboard.

No sooner had the body hit the waves than had the captain sealed his fate forever. A chilling figure appeared, made of shadows with a haunting voice, and said to the captain: “You are a very stubborn man”.

To which the captain retorted: “I never asked for anything, I never asked for a peaceful passage. Now clear off before I shoot you too!”. It is safe to assume that speaking to ominous figures in such a manner is never a wise choice. 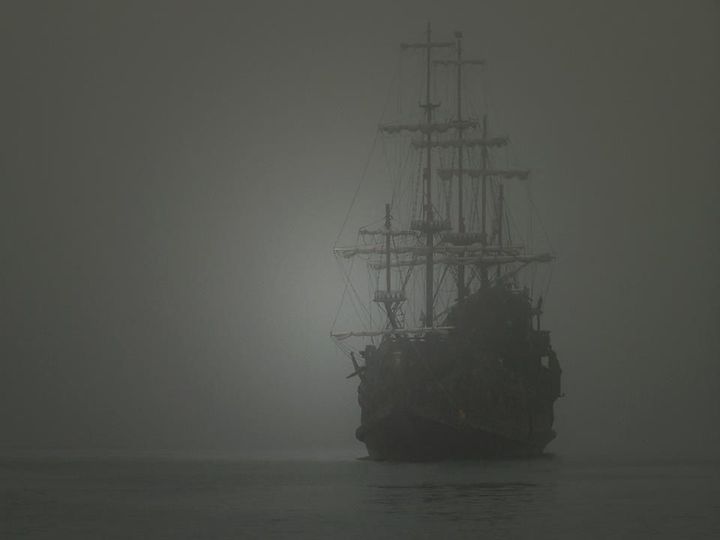 As the phantom stood there, the captain attempted to shoot him but found that the gun burst in his hand. The figure then cursed the captain: “For this, you are accursed. Because of your actions you are condemned to sail the oceans for eternity with a ghostly crew of dead men.

You will bring death to all who spot your spectral ship and you will never be allowed to make port or know a moment’s peace. Furthermore, gale shall be your drink and red hot iron shall be your meat.”

And so it was true, the captain and his crew cursed for centuries more. They became deathly husks, roaming the Atlantic Ocean in search of a peace they would never be allowed to find. Even those unlucky sailors who chance upon the boat are cursed.

It is not known for certain whether the crew are intentionally malicious to the living but it has been reported that even the food on a boat involved in a sighting will go rotten.

The second version of events paints broader strokes and gives some possible insight into the ghostly crew. It follows the same format as the legend above but tells us that rather than a mutiny, the captain is doomed because of his own foolishness.

In his stubborn desire to stay on course the captain gambles with the devil, betting that he can succeed in his journey. When the bet is lost, that is when the curse takes hold. This account provides a simpler explanation of events and would explain why some witnesses have reported seeing the captain roll dice over and over and over, begging an unseen Satan for mercy on his soul.

Sightings of the ship involved in “The Flying Dutchman” have waned over the years, with the last reported sighting occurring in 1942. However, on a stormy night in the Atlantic Ocean it is possible that among the torrential rain, you may spy a dim light, the light of a doomed captain and his sailors.

Josefa Segovia and Her Haunted Bridge in Downieville