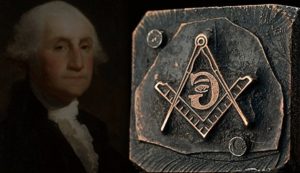 Freemasonry is thought to have arisen from the English and Scottish guilds of practicing stonemasons and cathedral builders in the Middle Ages.

That statement is often disputed however, as there are some Masonic documents that actually trace the sciences of geometry and masonry to the time of ancient Egypt, and some historians say that Masonry has its real roots in antiquity.

Suffice to say that much of the origins on Masonry remain shrouded in mystery until this day, just as there are many intrigues and questions that provoke queries about how and why the fraternity operates.

An Abbreviated History of Freemasonry

There are many theories as to the history of Freemasonry. According to legends, the fraternity began during the construction of King Solomon’s Temple. This undertaking was so vast that in order to see it completed in a correct and timely fashion, an organization was formed among the stonemasons and architects. They were divided into various grades and classes with responsibilities as described in the rituals of the lodge.

Many of the characters mentioned in the books of Bible (Kings and Chronicles) are seen in the context of the various degrees of Masonry. They include King Solomon himself and Hiram King of Tyre, who supplied many of the materials for the temple (especially the Cedar wood used to construct that temple).

Also mentioned is Adoniram and many others that history does not make note of today. Although some Masonic brothers may take the rituals to be historical truth, there are no true Masonic authorities who give any credence to an actual organization of Masons in ancient times.

Some have termed this a schism (a split), but other recent scholarship claims that the rival Grand Lodge originated from Lodges in other parts of the British Isles, notably Ireland. The new organization sought to attract members by claiming greater authenticity using the term Antient as part of their name.

The Antient (or Ancient) Masons were also known as Athol Masons, from the Duke of Athol being one of their early Grand Masters (Presidents).

Freemasonry grew dramatically during the 1800’s and beginning of the 1900’s. Traditionally, the Masons founded orphanages, homes for widows, and homes for the aged. They provided the only security many people knew.

The Masonic Fraternity (North America) gives almost $1.5 million each day to various charities, most of them associated with helping children and needy people in general. The number of Masons today has increased to around four million.

Freemasons and Their Alleged Secrets

Freemasons use signs (gestures), grips or tokens (handshakes) and words to gain admission to meetings and identify legitimate visitors. These signals often differ from lodge to lodge, and are frequently changed as the public gains knowledge of them.

They are called various names; some of these names include: the Brotherhood, the Craft, the Order, and the Lodge. The Blue Lodge (more formally known as Symbolic Lodge) consists of three degrees: Entered Apprentice, Fellow Craft, and Master Mason. The three degrees are a progression with the goal being to become a Master Mason.

There is a great deal of secrecy in Freemasonry. From the beginning, the Entered Apprentice is kept in the shadows regarding the full meaning of Masonry’s symbols and ceremonies. A member of the Lodge only receives further enlightenment as he rises through the degrees.

Each Mason must swear a series of oaths to keep the secrets of the Craft as he learns them. He also agrees to severe penalties if he ever lets them slip.

There are many symbols associated with the practice of Masonry; these symbols and other rituals are learned by the apprentices and craftsmen on the way to becoming Master Masons. Much is made of this symbolism as being one the keys to understanding the Mason’s secret society; however, in the very beginnings of the Craft there was a good reason for the use of symbols.

Freemasonry was formed at a time when there was VERY little written material. The cost of even a single piece of paper was about equivalent to a fine meal today and compared to other essentials – like food – it was enormous.

As a result, early Masons would draw the symbols which were spoken of in the ritual on the lodge room floor in chalk. At the end of the meeting, the floor was simply washed. However, the symbols and pictures that were drawn could be easily remembered by those present.

Some of the more well-known symbols of Freemasonry are the letter “G”; the compasses and square; the pyramid; and the all-seeing eye that appears on the back of the Great Seal of the United States, and also on the back of the one-dollar bill.

While much has been said about the Lodge having an evil or an occult side to it, especially by conspiracy theorists, there is no proof of that. In fact, the great abundance of what is known about them has always pointed the other way; to good and enlightenment.

When one goes about listing Masons, one has to be careful. There are many Lodges across the world, and each Lodge keeps its own records; those records are subject to destruction by natural causes and by vandalism. There are, however, quite a few known Masons; these have been discovered in most cases by inspection to the records of various Lodges.

Here are but a few: George Washington, the father of our country; Benjamin Franklin, famed early statesman and writer/inventor; John Hancock, the first signer of the Declaration of Independence; Franklin D. Roosevelt, the New Deal American president; Lafayette, the French General; and John Marshall, Supreme Court justice. The list goes on and on; far much more than the space we have here. Suffice to say that a good portion of the people we meet is, or has been, a Freemason.