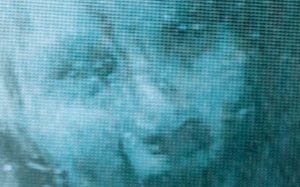 A ghost box is causing ripples in the paranormal world. The controversial Frank Box supplies raw audio that spirits purportedly use to communicate messages.

How did the Frank Box emerge? In 2000, its creator, Frank Sumption, tried using conventional white noise to capture Electronic Voice Phenomena (EVPs) but found this method had drawbacks.

In 2002, Frank came up with the idea of a voltage tuned radio, i.e. a box with an echo chamber for audio.

Frank’s ghost box captured worldwide attention when it was featured on an episode of the popular series Paranormal State. 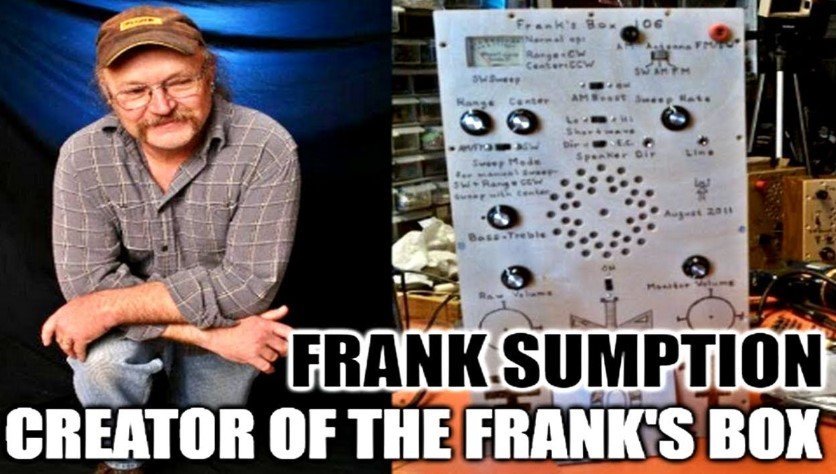 How Does the Frank Box Work?

Much like a broken radio, the Frank Box (also called the Frank’s Box) scans radio frequencies which produce random noise. It is believed that spirits use the echo chamber, harnessing the random sounds to create messages for humans.

Proponents feel that raw audio, such as generated by a radio with tuning across the entire band, can be used by the dead to communicate, thus, it is postulated that Frank’s Box actually channels spirits who remodulate the audio into discernible words.

“I just sweep the tuning, that produces bits of speech, music and noise, known as raw audio, similar to EVPmaker. The entities use the raw audio to make their voices,” Sumption explains. “The sweep can be done by hand, or electronic random sweep, or electronic linear sweep.”

According to Frank, the technique had been done in Europe in the 1980s. He automated the process by implementing his idea of sweeping the tuner modules from car radios. His ideas took shape when Bill Chapel came out with the hack box and with the emergence of EVPmaker, a computer program that was the inspiration for the boxes.

“Science” Behind the Ghost Box

The “science” behind a ghost box device is that it generates random voltage from a transistor, which tunes to a frequency in the AM band. The signal is filtered, and in turn amplified and fed through a speaker.

– The box could be acting as a noise generator that entities utilize to communicate, capitalizing on the audio frequencies to send messages.

With the emergence of an increasing array of electronic recording devices, unexplainable EVPs have been heard and recorded for decades. While skeptics point to bleed-over or random noises interpreted by eager listeners with preconceived notions about the afterlife, numerous EVP studies have demonstrated that something may indeed be occurring.

Instrumental Transdimensional Communication (ITC), in fact, is a term coined to describe the use of electronic devices to facilitate communication with the beyond.

The ghost box or Frank Box takes matters one step further because it is designed for the sole purpose of communicating with non-human entities and capturing messages from them.

Critics contend that the messages produced via the Frank Boxes are nothing more than believers “finding meaningful patterns in meaningless noise, rather than actual contact with entities/spirits.

Sumption answers the critics: “The only way to judge it is by content. You’re addressed by name; they say the phrase “ghost box” often; they mention things that you will hear and see in the very near future.”

He adds: “Broadcasters are not going to be there the instant I do a test video giving meaningful, clear, personal messages and comments the instant the camera starts recording… Give the entities something to make voices out of, and they will talk.”

Whatever the causes of the EVPs produced via the Frank Boxes, these ghost boxes have contributed to exploration of the paranormal and raise the possibility of real contact with the dead.