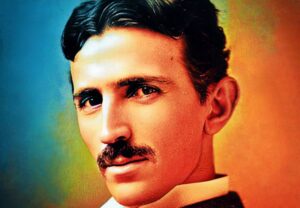 The excitement of knowing the future has been a fascination of several thousands of people for over thousands of decades. However, when we hear or read about the current situations in which has been predicted years before it happened, suddenly we get scared.

Several theorists and space enthusiasts over 90 years ago has predicted extremely close events, if not completely dead on. Granted, Bill Gates and Mark Zuckerberg had some astonishing predictions as well, but as we see our future has in fact been predicted around 90 years before. A genius in his time, Nikola Tesla.

Nikola Tesla was indeed a genius like the world has never seen before. Until his time, electricity was barely even making a mark. Mr. Tesla was amongst other ordeals, he was known as an inventor, physicist, futurist, and an electrical as well as mechanical engineer.

During an interview on January 30 in 1926, Mr. Tesla was talking about his predictions upon the future and what dreams may actually come true. It was during this interview in which this genius had predicted that the world will in fact possess stunning technologies such as flying machines, wireless power transmissions, cell phones, and even the superiority of women as well.

Just a few short years after the invention of wireless technology, Mr. Tesla informed us that someday someone would perfect the wireless technology and will soon have the ability to hearing events from all over the world will be at any one’s fingertips.

Mr. Tesla has explained that the earth, once mankind has perfected the wireless transmission of technology, it will be like one giant brain.

Instead of meeting face-to-face for a conversation, Mr. Tesla also predicted that we would be able to communicate to each other by means of wireless technology. He also stated that we will be able to see and hear people from around the world as if we were actually there ourselves.

We are seeing BBC creating devices in which allows us to launch our “I Player”, as presented by BBC, but to change channels using only our minds through a headset.

During his time, they were already having motion pictures transmitted wirelessly, just over short distances though. Mr. Tesla knew that one day, the world would see mankind carrying phones in their pockets, wireless broadcasting, as well as wireless locomotives.

Mr. Tesla’s predictions upon Modern Railways and our Flying Machines would allow a person to travel from Europe to America in just a few short hours. Mr. Tesla believes that one of the most valuable applications in which we will use wireless electricity will be the propulsion of our flying machines.

He predicts that our futuristic flying machines will be able to run with now fuel, and will also be free from any limitations in which, in his time, present airplanes and dirigibles. International boundaries will then be obliterated thus providing a huge step towards the unification and harmonious existence of the various races inhabiting our planet.

Nikola Tesla has also predicted our creation of wireless internet as well as other wireless powered devices in which he stated that the daily newspaper will eventually be printed wireless inside the home during the night.

Another interesting prediction is the management of household mechanics such as heat, light, and other services will be freed from all wires and utilizing the services of wireless electricity. He called these devices “Next Gen Machines”.

We can see this prediction coming true as scientists and engineers are developing flying cars, and we can expect AeroMobil to produce our flying cars and can see them in our homes by as early as 2017.

We have all seen the futuristic Sci-Fi movies with odd species in which are selected to build a new and stronger race. Mr. Tesla has predicted that humans, at his point in time, has not practiced this theory.

However, in advancing technology days, the technology will grade us of the 21st century and will be able to better protect us by diseases as well as other threats to extinguish the existence of mankind.

This is the next prediction on our list from Nikola Tesla. Mr. Tesla states that there will be no limitations upon our advancing technology for the aid and protection of human existence.

We are able to clearly see one of the many of thousands of devices that allows that protection by looking at the condom in which actually alters the color when STD’s are detected. There is another close technology of the same for women and see that there is fingernail paint in which turns color upon the detection of “Date-Rap” drugs in her drink.

Moving on, Mr. Tesla also proclaimed that we will be tapping into volcanoes. And yes we have. For a few short years now, scientists have been studying and attempting to learn as well as harness the power of a volcano. The amount of power in which a volcano produces can be enough to power a small city for six months if not longer.

And finally, Mr. Tesla’s female superiority prediction. As this may come off a bit strong for some, women are empowered and even far more socially superior to man. Mr. Tesla states that the rise of women power will not shallow in physical imitation of men, but that in which a superficial phenomenon into the advancement of her sex is a surface symptom of something actually much deeper and more potent is indeed fermenting the bosom of the race.

Amongst an average genius, Nikola Tesla has predicted some of the most astonishing events within our time line. From the early days of traveling by horse and carriage, to now with flying jets and wireless technology what is our next line of generation hold in store?

With the advancing of technology, what will come the fate of humanity? We are already starting to loose ourselves in any and all means from cell phones, to television, even digital readers.