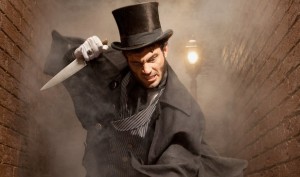 Although the phenomenon of serial murder is popularly regarded as a modern one, it can be traced back in history with a limited degree of accuracy.

Liu Pengli of China, cousin of the Han Emperor Jing, was made king of Jidong in the sixth year of the middle period of Jing’s reign (144 BC). According to the Chinese historian Sima Qian, he would “go out on marauding expeditions with 20 or 30 slaves or young men who were in hiding from the law, murdering people and seizing their belongings for sheer sport.”

Although many of his subjects knew about these murders, “so that [they] were afraid to go out of their houses at night,” it was not until the 29th year of his reign that the son of one of his victims finally sent a report to the Emperor. Eventually, “it was found that he had murdered at least 100 or more persons.” The officials of the court requested that Liu Pengli be executed; however, the emperor could not bear to have his own cousin killed, and Liu Pengli was made a commoner and banished.

In the 15th century, one of the wealthiest men in France, Gilles de Rais, is said to have abducted, sexually assaulted and killed at least 100 children, mainly boys, whom he had abducted from the surrounding villages and brought to his castle. The Hungarian aristocrat Elizabeth Báthory was arrested in 1610 and subsequently charged with torturing and butchering as many as 600 young girls. Like Liu Pengli, they were not brought to justice for a long time; De Rais and Báthory were rich, powerful and more importantly royalty.

Therefore, although their crimes were known in their areas, their superiors refused to believe the rumors until it could no longer be denied. After arrest De Rais confessed to his crimes which also included delusions of demon worship. Chronicles of the times dealt largely with the affairs of the powerful; moreover, there was a lack of established police forces, at least in Europe, during those centuries. Therefore, there may have been many other classical or medieval serial killers who were either not identified or not publicized as well. Many incidents which were probably the work of serial killers were blamed on werewolves and demon spirits.

Thug Behram, a gang leader of the Indian Thuggee cult of assassins, has frequently been said to be the world’s most prolific serial killer. According to numerous sources, he was believed to have murdered 931 victims by strangulation by means of a ceremonial cloth (or rumal, which in Hindi means handkerchief), used by his cult between 1790 and 1830, thus holding the record for the most murders directly committed by a single person in history.

Some individual executioners of the Nazi Einsatzgruppen and their collaborators in Eastern Europe approached similar tallies of victims. In total, the Thugs as a whole were responsible for approximately 2 million deaths, according to Guinness World Records. The notoriety of the Thugs eventually led to the word thug entering the English language as a term for ruffians, miscreants, and people who behave in an aggressive manner towards others.

Recent scholarship has cast doubt on the Thuggee cult and suggested that the British in India were confused by the vernacular use of the term by Indians and may also have used fear of such a cult to justify their colonial rule (see Kevin Rushby’s Children of Kali: Through India in Search of Bandits, the Thug Cult, and the British Raj).

The unidentified killer Jack the Ripper killed prostitutes (the exact number of victims is not known) in London in 1888. Those crimes gained enormous press attention because London was the centre of the world’s greatest power at the time, so having such dramatic murders of financially destitute women in the midst of such wealth focused the news media’s attention on the plight of the urban poor and gained coverage worldwide. He has also been called the most famous serial killer of all time.

In his 1886 book Psychopathia Sexualis, Richard von Krafft-Ebing notes a case of serial murder in the 1870s, that of a French man named Eusebius Pieydagnelle who had a sexual obsession with blood and confessed to murdering six people. Joseph Vacher was executed in France in 1898 after confessing to killing and mutilating 11 women and children, while American serial killer H. H. Holmes was hanged in Philadelphia in 1896 after confessing to 27 murders.

Some historical criminologists have suggested that there may have been serial murders throughout history, but specific cases were not adequately recorded. Some sources suggest that legends such as werewolves and vampires were inspired by medieval serial killers.

Why Are We Unable To Remember Being Born?