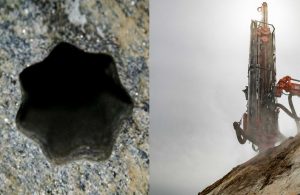 The traces of the use of high-tech equipment left by the ancients prove again that we do not know much about our past.

In many places on the planet, strange ancient holes in the form of a star are found. Their shape is so perfect that it leaves no doubt that they were made by some kind of tool, similar to a modern drill.

Even now we do not have so many tools capable of making an ideally shaped recess in solid rock. These holes are thousands of years old. Many such accurately carved depressions are found in Egypt, Peru and other sites of pyramids and megalithic structures.

However, no ancient tool, no manual craftsman is able to make such an even cylindrical hole in the depths of the stone. There are especially many questions about perfectly even recesses, into which even a hand cannot pass.

Star-shaped holes carved into stone have been discovered in Norway

This star-shaped hole (with seven sides) was found by contractors on Friday November 30, 2007 in Volda, Norway.

After removing surface vegetation and loose surface material, contractors started working on the massive mountain. Stars have a different number of rays: there are holes in the form of 7 and 11 final stars, for example.

It was during this work inside the mountain, this hole was unveiled. The hole is peculiar, it looks like a seven-sided star. It penetrates into the mountain.

According to local people; contractors have reached four meters into the mountain, it is said that the hole continues horizontally inward in paralell to the Volda fjord in a north/western direction, the hole tilts slightly downward.

The diameter of the hole is approx 65 – 70 mm. Currently, nobody knows how far the hole extends, and how it was formed.

Interestingly, some star-shaped holes become simply cylindrical in depth. As if they were drilled to strengthen something in them. In other cases, the recess, which at the beginning had a cylindrical shape, at a certain level, on the contrary, took the form of a star. 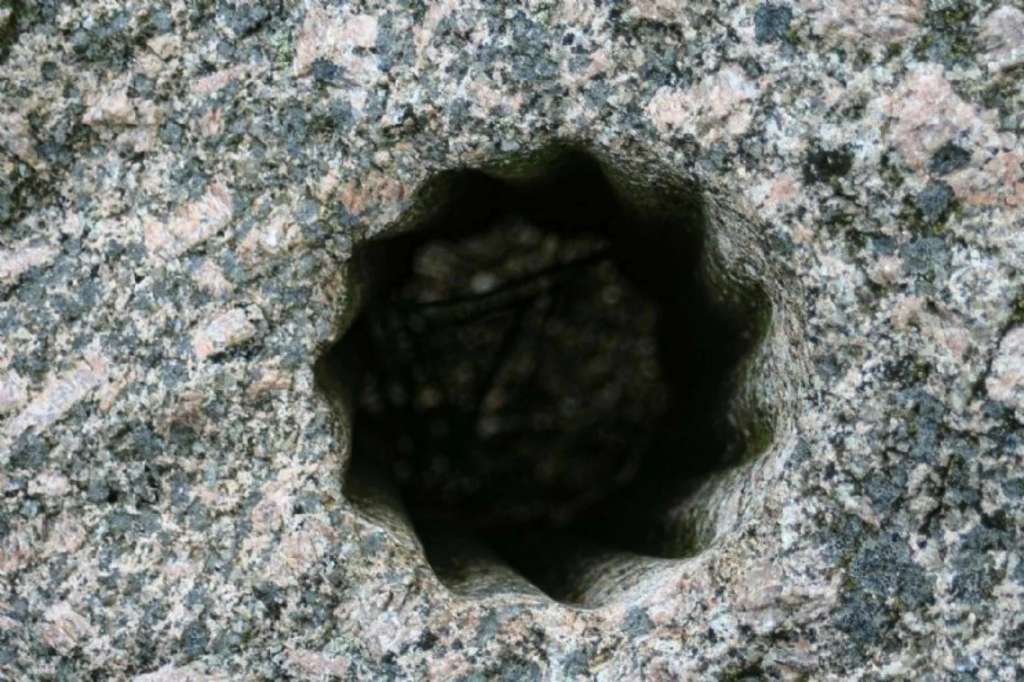 However, researchers have not found any tools with which to do something similar. We can only assume that all the high-tech equipment of the past was destroyed, removed or found, but we simply do not understand what it is, because we do not understand the principle of operation. And we take ancient construction tools, for example, for musical or ritual ones.

Meanwhile, sound waves could be used by ancient builders to process stone, and this is now being widely studied.

Moreover, civilizations that can easily process stone were located all over the planet, or was it a single civilization? Now traces of advanced ancient builders have been found in Scandinavia, which is another confirmation of the existence of an ancient highly developed civilization in the north, perhaps that same Hyperborea.

Several local blacksmiths have revealed that star-shaped holes were quite common in the old days. They say that the hole in Volda most likely was drilled in the 1930s. However, many people doubt this explanation.