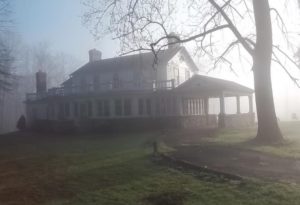 How about a happy ghost story for a change? Sure, you can’t have a ghost without some sort of tragedy and a loss of life is a necessity for such tales, but that doesn’t always mean the dead have to remain maladjusted in the afterlife, reports Booze & Boos.

At Farnam Manor the Caspers aren’t only friendly, they’re downright jovial. That’s why the management suggests you wear a party hat while seeking out the spirits.

Seriously, they provide you with party hats at the beginning of ghost hunts and say that the specters who linger here are more engaging when it appears that a shindig is in progress.

The house was built in 1834 by Everett Farnam, the eccentric and wealthy son of a Revolutionary War soldier, as a gift for his much younger wife, Emily.

Despite their age discrepancy (he was 40 and she 18 when they married) the couple seemed very happy, often hosting community gatherings and raising 5 children on the sprawling 3200-acre estate.

In 1858 the couple’s 6 year old daughter, also named Emily, escaped the watchful eye of her nanny and fell into a cistern beneath the kitchen and drowned.

Emily the senior and Everett, who insisted on being called “Lord Farnam”, were devastated. Then a short time later their infant son died in his crib. We can guess it would be 3 children that they raised to fruition at Farnam Manor. 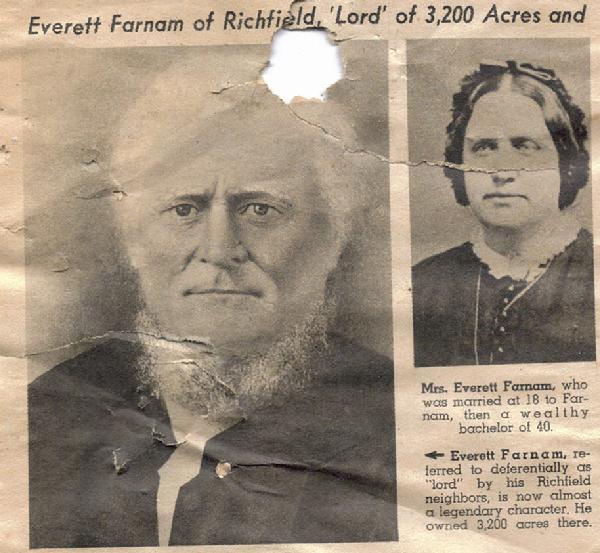 Visitors report that little Emily is one of the most active and energetic entities on the estate. She can be heard giggling in the hallways as she runs from room to room.

She also plays with toys, likes to hide things and even hold the hand of people that she is fond of. Unlike most stories of ghostly children, those who have been lucky enough to see the little girl in her pink and white floral dress say she exudes a feeling of warmth and playfulness.

Not as much can be said of her younger brother, but his cries are occasionally heard coming from the nursery.

Shortly before his own death in one of the upstairs bedrooms in 1884, Lord Farnam told those present that he would return from the grave as a crow so that could continue to survey his estate from above.

While this story has laudanum abuse written all over it, generations of neighbors swear that a pair of crows often seen at the house and the Farnam gravesite are none other than Everett and Emily.

However, being reincarnated as a fine feathered fellow must not be all Farnam imagined.

He and Emily abandon their avian life of bug-eating, worm slurping and flying around quite often to appear as full-bodied apparitions to Manor visitors and engage in lively conversations with ghost hunters through dowsing rods, EVPs and a variety of tools employed by the modern paranormal researcher.

The Farnam family doesn’t haunt the place all alone, they are kept company by the shadowy figure of a wounded civil war soldier that appears by the fireplace in one of the upstairs bedrooms, a mischievous little boy known as Ikobod, and a Native American who wanders the path of an ancient trail on the Manor grounds.

In 1910 a woman named Ella Mayer bought the house, added the grand front porch and an extra wing, then opened the place as a private gentleman’s club for police officers. Rumor has it that the club was a place where the fuzz could come to break the law, rather than enforce it. Intoxication, gambling and prostitution, oh my!

One of the ladies of the night from this period, named Marilyn, is said to linger, waiting on a client who promised to return and make her his bride. She’s been seen wearing a pale blue gown standing on the porch or sitting in her second story bedroom crying. Honey, he ain’t worth it.

In 1948 the Kirk family moved in upstairs and converted the first floor of the building into a popular restaurant called the Danish Smorgasbord. The house again fell into disuse after Mr. Kirk suffered a fatal heart attack in his bedroom in 1972. 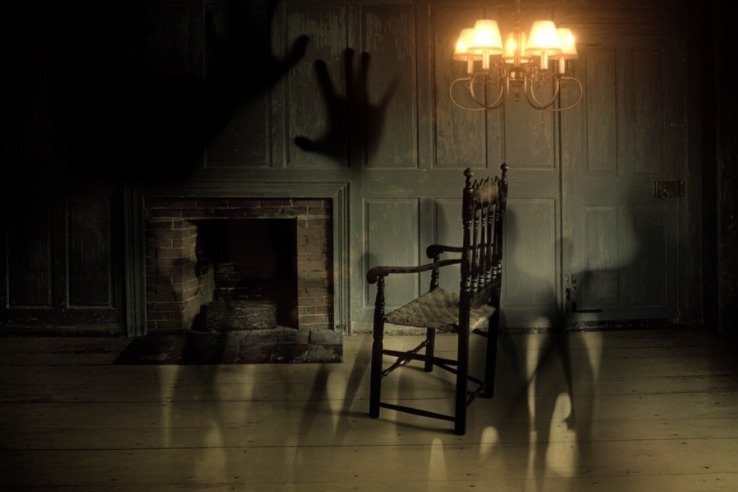 Aside from catching the occasional whiff of Mr, Kirk’s cigar smoke or aftershave, guests say he also appears in full form in many of the Manor’s seventeen rooms.

During the early 1990s the Zarube family became the next caretakers of the home, planning to renovate the historic site and open a bed and breakfast, but divorce intervened and the building again sat vacant.

Finally, in 2003, Tim Magner and Kathy Dykes formed a non-profit that would purchase the house and establish the Manor as the museum it is today. Almost immediately, the new owners noticed that the house was anything but empty.

Knocking sounds, unexplainable footsteps and pictures being turned upside down in their frames convinced the couple to seek out the assistance of paranormal investigators.

A bevy of people donning cameras, voice recorders and all other manner of doohickies descended on the house and confirmed that it is, indeed, haunted.

One unique feature of this haunting is that no one who enters the museum finds it fearful, but rather warm and inviting, and the owners insist the spirits who remain do so out of a love for the place.

Luckily, this encouraged Magner and Dykes to open the house on a regular basis for visitors who hope to find more than antiques in the 182-year-old building.

With a tally of eight ghosts or more wandering it’s halls, Farnam Manor truly is a smorgasbord… of SPECTERS!