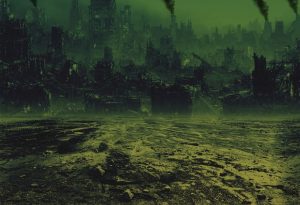 The chemical pollution of the planet has reached levels that threaten Earth’s systems, destroying the biological and physical processes that underlie all life.

It is reported that the level of chemical pollution of our planet has crossed the “red line” – it has reached a critical level, at which many biological and physical processes of the Earth are under threat. Pollution rates threaten the existing stability of the planet’s global ecosystems.

This is reported by the international news publication The Guardian.

Of greatest concern is the global spread of plastic, the natural decomposition of which, according to various sources, takes from 400 to 700 years. At the same time, the product of the oil industry is found in every, even the most remote corner of the Earth.

In addition, 350,000 different synthetic chemicals are of particular concern, including pesticides, industrial waste and antibiotics. All these products of human activity cause great harm to the ecology of the planet.

According to studies, chemical pollution has already crossed the critical line, beyond which anthropogenic changes in the Earth are pushing the planet out of a stable environment.