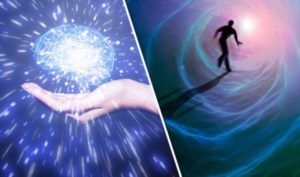 The American doctor survived clinical death. This happened after he was hit by a car. The man was declared dead after the accident, and he was “resurrected” when medic started an autopsy in the morgue.

As Dr. George Rodonaya himself described, after a collision with a vehicle in 1976, he was in a place where he was surrounded by complete darkness, and he immediately felt horror. It seemed to him incomprehensible how such a thing is possible that he is nowhere, but at the same time he continues to exist.

The phrase of Descartes, who said: “I think, therefore I am”, helped to avert the gloomy thoughts and confusion. He realized that he was still alive, but at the same time he was in some completely different dimension.

As soon as the man thought about the light, he immediately found himself in another place filled with bright light. After that, George felt warmth, comfort, realized that everything was wonderful.

The next phenomenon presented to the doctor was molecules and neurons, which at first moved randomly, but then began to systematize. At this moment, Rodonaya, as he himself claims, appeared a universal form of life and nature. Then he stopped thinking about his body and what happened to him.

Literally his whole life flashed before his eyes, the feelings of the past, present and future were completely mixed.

At this time, George was pronounced dead, and his body was in the morgue for three days. Trying to find out the cause of death, the medic began to do an autopsy. At that moment, when the man’s body began to be cut, he felt how a mysterious power grabbed him and pushed him down with great force.

After this, Rodonaya opened his eyes, felt cold and severe pain. The “alive” man was immediately transferred to the hospital. He spent another nine months in a medical institution, and then his condition stabilized.

After the experience, the doctor received a second doctorate in philosophy in the field of psychology of religion, and then became a priest. According to George Rodonaya himself, after death experience, he could not become the same.