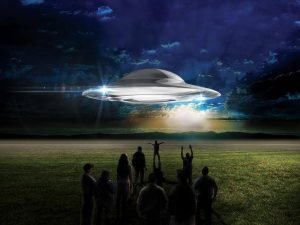 Humans are under constant surveillance by aliens. This sensational statement was made by Scottish scientists from the University of Edinburgh.

According to British scientists, alien spacecraft have been playing in space for many years. The speed of these devices is approximately thirty thousand kilometers per hour, which is only ten times less than the speed of light.

Thanks to this speed, aliens can relatively quickly on a cosmic scale – in just some ten million years – explore all the star systems of the Milky Way, a galaxy that includes the solar system. 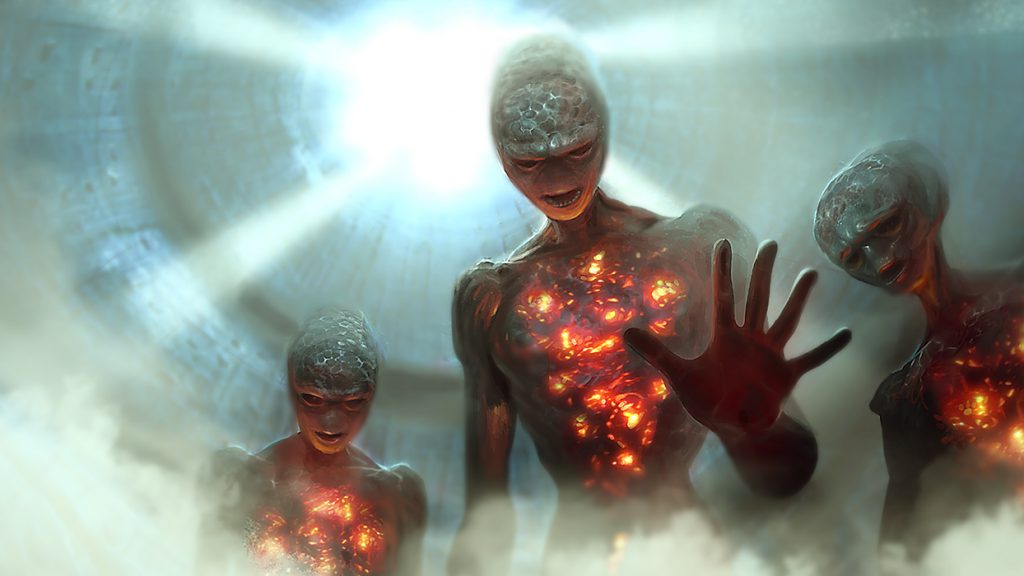 When asked how alien ships can develop such high speeds, the British answer that these devices are equipped with so-called gravitational slingshots. The principle of their work is quite well known in science: for the movement of alien ships, the attraction of cosmic bodies is used.

So, in particular, the same principle was used in the movement of the Voyager 1 and Voyager 2 vehicles, which were launched by NASA in 1977. These devices used the force of attraction of the planets of the solar system.

As for the aliens, they use the gravity of the stars, not the planets, to accelerate their ships. There are a lot of such ships, a whole flotilla. They are able to independently produce their copies, and also develop protection against cosmic dust and hot gas.

Scientists have not yet been able to find a single such apparatus, so it is difficult to believe that humanity has been the subject of close research by aliens for millions of years.

But researchers like Avi Loeb believe in this theory. And there are a lot of such scientists.

At first glance, it may seem strange why people cannot notice surveillance? And why haven’t alien observers made direct contact with humans yet? British scientists are ready to answer these questions.

They are sure that modern humanity is at such a low, even primitive, level of development that it is simply not able to notice surveillance, because it does not have the necessary equipment. In addition, the aliens, most likely, are taking certain measures so that people do not notice them.

Moreover, the aliens will be able to make contact only with those civilizations that have reached a high level of intellectual development. Thus, before the moment of contact of aliens with humanity, there is still a very, very long time.

In addition, scientists are sure that alien space vehicles are programmed for imperceptible movement and movement in space in order to prevent panic and generate rumors about an alien invasion. This version, however, somewhat contradicts the arguments of ufologists that aliens have long settled on our planet.

Especially often aliens appeared on Earth in antiquity, during the existence of the Mayan and Sumerian civilizations. These ancient civilizations differed from others in the level of development, so the alien guests even shared with them some of their secret knowledge of astronomy and mathematics.

This knowledge has been preserved to this day among the descendants of the tribes, even though they do not have their own written language. In addition, one of the visits of space aliens to the Mayan tribe was reflected in the cave paintings, which depicted people in spacesuits, rockets, runways for spaceships, pyramids for storing information, astrological stone calendars. 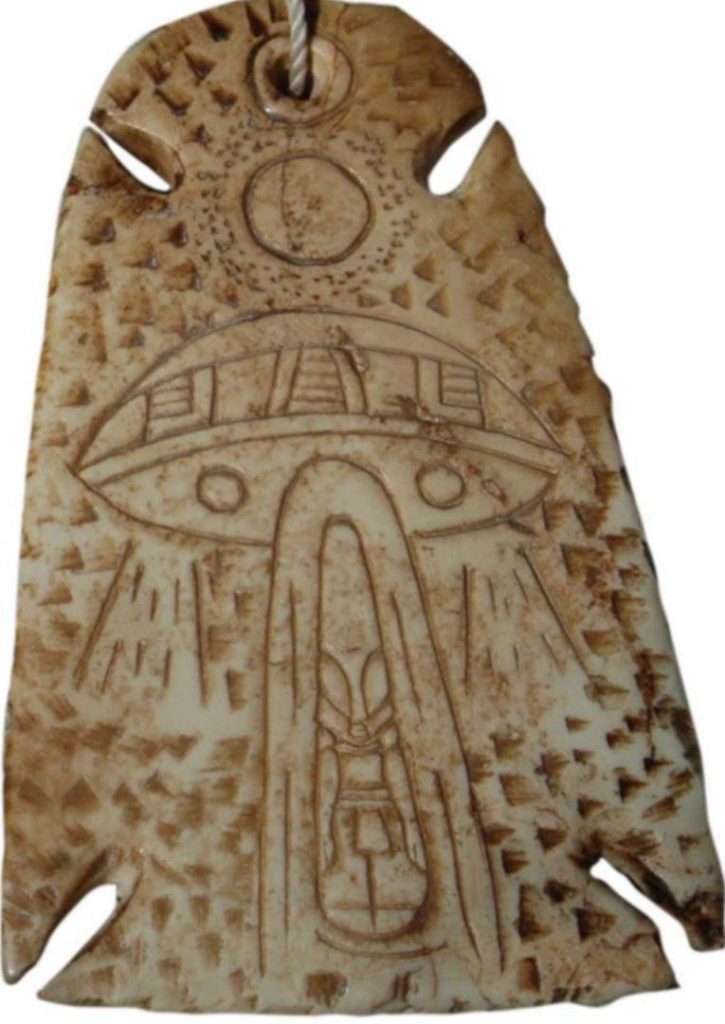 Scientists do not yet know how and why these drawings appeared on the rocks, so some of them suggest that ancient civilizations were in contact with aliens.

To try to find alien life in space, British scientists have asked the British government to provide them with funds. They have already prepared a project that will significantly help them in the process of space exploration.

The essence of the project is to use the seven main telescopes that are available in the country and connect them using a fiber optic cable specially made for the project.

All information that will be obtained as part of the project will be transferred to the scientists of the Jodrell Bank observatory, who will decipher the received signals, and, based on the results, will conclude on the presence or absence of alien life.

The British say that it makes no sense to launch a large shuttle into space, because blind searches will not give any results. In addition, scientists have now learned to work with a wide radio wave spectrum.

Thus, they are sure that it will be quite easy to find alien life in space, so all the money spent will undoubtedly pay off.

There is also considerable interest in the development of artificial intelligence. A real race to create an artificial brain has begun in Silicon Valley. Scientists are trying with all their might and means to create a computer that will be able to think like a person.

It is noteworthy that scientists are not going to build humanoid robots, they are only striving to create a computer system that can understand what a person wants even before he starts wanting it. 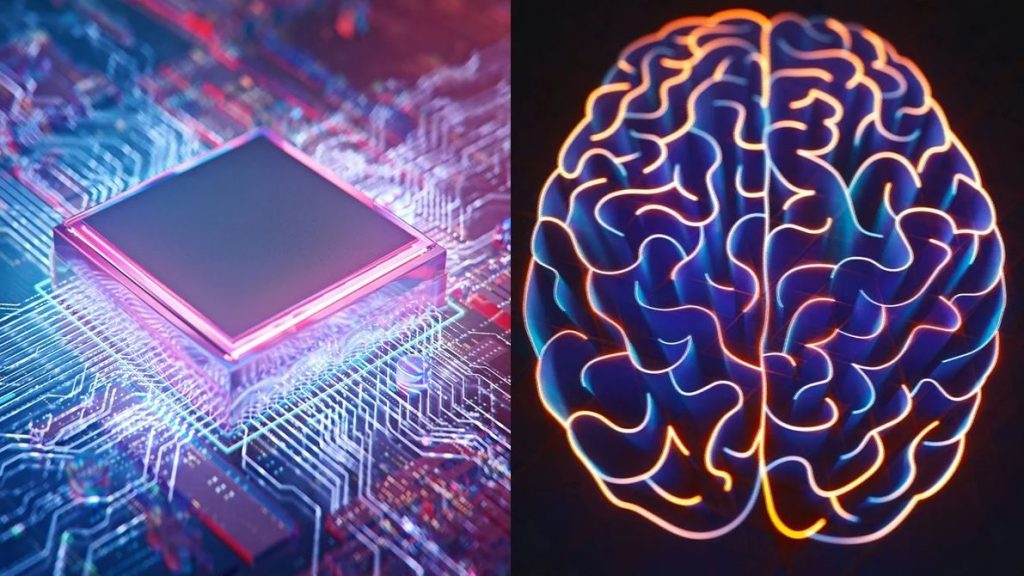 Currently, artificial intelligence programs are so advanced that they are able to recognize graphic images and synthesize human speech. But this seems to be not enough for scientists: they are striving to create a system that will be able to process and solve much more complex tasks at the level of human brain activity, in particular, intuitively assume traffic conditions for automated and unmanned vehicles, recognize and understand speech and written messages. And on their basis to predict what kind of information the user needs.

Every day the competition between the companies-creators is getting tougher. Google, Yahoo, Microsoft, Apple and even Facebook are investing billions in their AI mind projects. Some companies use so-called deep learning technologies, in which a computer network learns itself in the process of processing large amounts of information.

Networks themselves solve problems by breaking them down into several steps, as happens in the human brain in layers of neurons. This approach was invented in the 1980s, but most scientists are confident that the potential of this technology has been revealed more fully at the present time, since scientists have powerful computing systems and large amounts of data at their disposal.

Scientists are confident that such artificial intelligence will be very popular and will be built into most modern gadgets. If scientists do everything right, and they manage to create artificial intelligence of such a high level, then who knows – perhaps aliens will consider humanity smart and developed enough to make new contact again or for the first time.

Anunnaki and Planet Nibiru: How the Earth and We Were Created