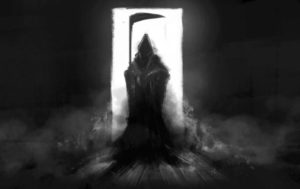 There’s an old superstition that says if you hear three knocks that seemingly have no cause, someone you know will die. Silly, right?

Like many superstitions, however, the phenomenon of death knocks might have its roots in the real-life experiences of people. Consider the cases below, told by those who have actually heard the foreboding knocks and were shocked by their grim aftermath.

When I was 15 years old in 1965, I lived out in the country in a small town called Gasport in upstate New York. One cold and very snowy evening, we were all gathered in the living room around the television when suddenly we heard a very loud pounding on the front entry door.

That door was sealed with weatherstripping in the winter and we never opened it after that was in place, and the door wasn’t lit at night.

The pounding was loud and insistent, so my mother went to our side entry door and called out to whoever was knocking to walk over to the side door. She called again and there was no answer.

She turned on the outside light over the front door and peered out the window with the intent of motioning the visitor over to the side door for entry. There was no one there, and there were no footprints in the freshly fallen snow. My mother turned to us and said, “This means that there will soon be a death in the family.”

My dad, being the skeptic, suggested the noise was the wind blowing something against the door. The next morning we got the call that our Uncle Charlie had passed away unexpectedly. – Hensnckicks 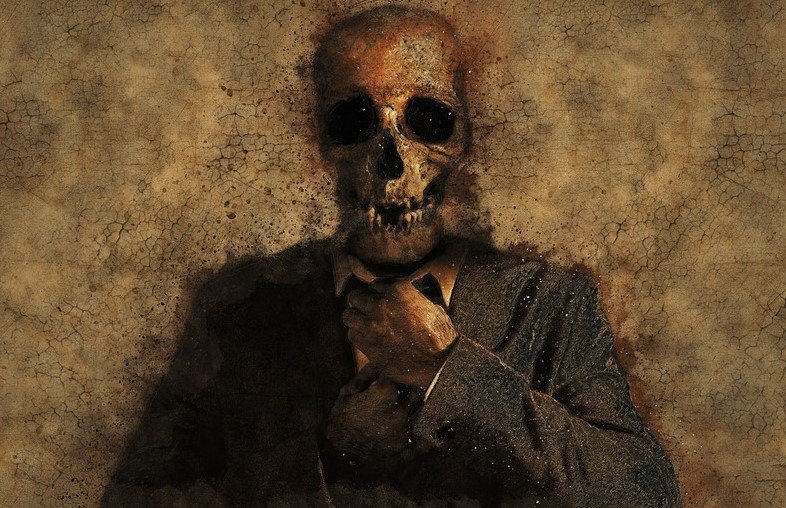 As a child at the age of eight, I was in the care of my German grandmother. I had been drawing at the kitchen table of my grandparents’ farmhouse during summer break. My grandmother was jarring preserves when we were both startled by three loud knocks that seemed to come from nowhere and yet everywhere at the same time.

My grandmother had turned ashen and said nothing for a few moments. She quickly took me outside to play with my siblings. Nothing was ever said about it, and it only remained in my memory because of first being startled then being angry that I was taken away from my drawing.

I later learned many years later that my grandmother’s sister passed away that evening from a heart-related ailment.

Years later, my father had called me when I was at home with my partner. My brother suffered from a long-term substance abuse addiction and had been extremely hard to deal with that evening. My father went on to add that, not only did he have that situation to deal with, but he thought “the whole damn house was going to come down,” too, because of three or four huge bangs within the walls.

My brother died from a cocaine overdose just hours later.

The last instance took place after my long-term companion pet dog fell violently ill very quickly one day. I had no car, but phoned and requested a vet ambulance to come get us.

As I lay on the floor with her, there were three sharp knocks on my apartment door. I rushed to open it, but there was no one present. The vets arrived approximately 15 minutes later, but my baby girl passed away in my arms less than an hour later. – Christopher O.

My story begins back in the 1920s when my grandmother was in the kitchen and heard three loud knocks on her front door. There was no one there, but three days later learned that her mother had died back in Germany.

In 1973, my parents were awakened with three loud knocks on our front door. Upon inspection, there was no one there, but received a phone call about an hour later that my uncle had passed away.

This was never brought up again until I was telling my uncle about the story at my father’s funeral in 1979. He and his wife froze and said that they had heard three loud knocks on their storm door about the same time my father had passed away (they lived in Arizona, thus the three-hour time difference).

Two weeks ago, my mother awoke to three loud knocks or bangs on her front door. Again, she got up and found nothing at the door and was immediately scared because it reminded her of the 1973 incident. Three days later, my brother was murdered in Louisiana in the early morning. The strangest fact is that in all of the times a family member heard the knocks, it corresponded to the time of death (give or take an hour) of a family member. – Neal 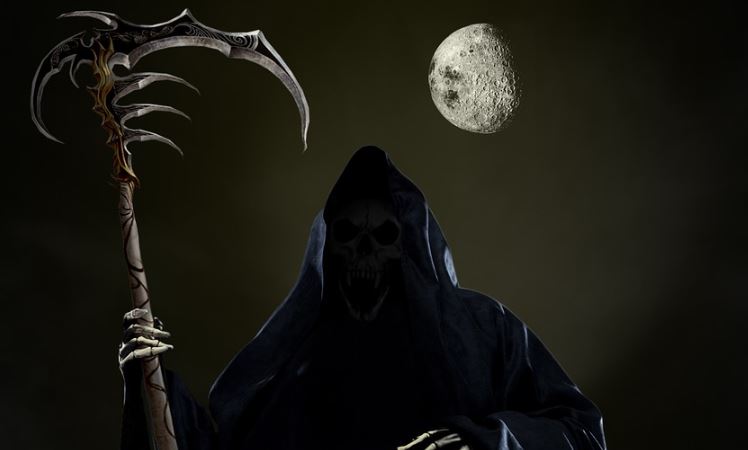 Back around 1956, my mother’s first husband was killed in a car crash. That night my mother’s sister heard three loud knocks at the door, but no one was there. They heard the bad news soon after.

In February, 2006 I was living with my fiancé in a motel room. All of a sudden, there were three very loud bangs on the window. They were extremely uniform in their intensity and duration, and had an echo sound, like BOOMboom… BOOMboom… Boomboom.

We both sat upright and I knew there would be no one there. I got dressed and went out to see, and it was quiet. I decided to call my mother to check on her, as she was suffering from serious cancer at the time. She was okay, and I wondered whether it might be my dad.

I didn’t really think about it much after that, but in June that year I received an awful phone call letting me know that my dear friend had lost his estranged wife Sonya and his two-year-old daughter in a car accident. Seven months later my mother passed away from her illness. – Matt H.

This was in my hometown in Illinois, November, 2008 – Thanksgiving, to be exact. We were having Thanksgiving dinner at my aunt and uncle’s house. My aunt, who is a very straightforward, no-nonsense woman, told us she had been hearing knocks, always just three in a row, always loud, always at night.

They were always on the back sliding glass door in the kitchen. She would hear the knocks from the living room and get up to see who it was, but would never see anyone.

A few weeks later, my uncle – her husband – was having surgery. My aunt was sitting in the waiting room at the hospital, waiting for my uncle to come out of recovery. All of a sudden, three hard knocks came from the window directly behind her. She instantly turned around to see no one… nothing. She looked at the woman and saw that she too had heard the knocks.

Five months later, my cousin – her son – was killed in an accident. Only later did I read on this website about the three knocks of death. Now I believe that’s exactly what they were. – Shel C. 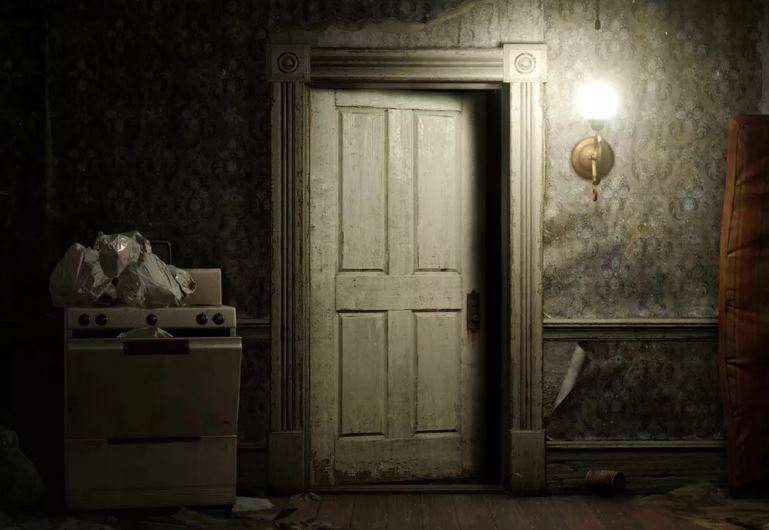 My mother, Anne, had been in hospital in St. James in Dublin City, Ireland for two years suffering from Alzheimer’s and various other ailments. She was 75 years of age. On the night of Good Friday, April 2, our family members were contacted by the hospital and told that our mam would not make it through the night. Arriving at the hospital at 9 p.m., I met up with the rest of my siblings in a waiting room close to the ward in which my mam lay.

At 1:40 a.m., while standing in the darkened ward, illuminated only by a yellow nightlight and surrounded by the sleeping forms of the other elderly patients and my brothers and sisters, we heard an almost other worldly knocking – rap, rap, rap – which seemed to come from the window behind my mam’s bed. We all looked at each other questioningly and let it pass.

At 1:50 a.m., it came again, this time more insistent. RAP, RAP, RAP, RAP, RAP. At this I went immediately out into the hall to catch the joker who was pulling this stunt at such a sad time. Imagine my surprise when there was no one in sight.

Can the knocks sometimes be an omen of something positive? Read the story below.

A few years back, my daughter was to have emergency surgery on her intestine, and the doctor said that her temperature was high and that things “didn’t look good for her.” I was beside myself, thinking I might lose my only child.

In the middle of the morning, a loud knocking woke me. It seemed to come from the front door, which was odd because I lived in a trailer and its door was made of aluminum. The knocking occurred again, rocking the entire house. I got up and walked through the hallway and the third said of knocks became a bit lighter. Finally, the sound vanished.

The next morning, the doctor told me that sometime during the night my daughter’s temperature went down and that the surgery would be successful. I feel the knocking was a good sign to me, alerting me that things had changed. – nitacat