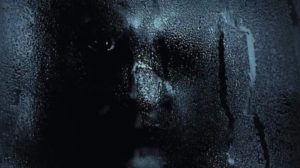 Anomalien.com reader Vanessa M. shares her story about an encounter with the unexplainable.

I have had many experiences over the years, but there’s one that I have not forgotten, and still fear of encountering it again. The story I am about to tell is one hundred percent true. Whether you choose to believe me or not is up to you.

Ten years ago when I was only six, my family and I lived in Midland, Texas. Our house was not haunted, nor were there any problems or paranormal activity going on. It was just an ordinary house and I liked it.

One night it was raining very hard and there was lots of thunder and lightning. I was in the living room playing with my older brother, when I remembered I had left my backpack in the car. My mom was in the kitchen and I let her know I was going to the garage.

I opened the door from the kitchen and stepped into the garage shutting the door behind me. I kept my eyes on the car afraid to look at the garage door. As I entered the car I began to feel paranoid and scared. I grabbed my backpack, jumped out of the car and rushed to the door.

As I was about to grab the door handle I heard three knocks on the garage window. It frightened me so much I jumped in the air. I looked to the window and saw it was just my father.

My Dad was a truck driver at the time; he was wearing dark sunglasses and holding his pack of clothes he brings home from a long week of work. I let out a smile of relief, but something didn’t feel right. “Daddy” I asked. He didn’t respond he just had an apathetic look on his face.

He then began to point at something, but I couldn’t figure out what. “What are you pointing at?” I asked. No response. He pointed again; I then realized he was pointing at the button to open the garage. “The button” I asked. He nodded but still didn’t speak.

He then motioned for me to push the button. Yet, something told me not to do what he wanted. Questions arose in my mind. “Why is he wearing such dark sunglasses at night?” and “Why isn’t he talking to me?”

I shook my head in a “no” response. He motioned again for me to press to the button, and then lowered his hand out of sight. I still shook my head saying “no”. His face grew angry and when he lifted his hand again there were six-inch claws on them. He scratched the window with three of them and I let out a scream. I ran inside and sat on the couch pale and speechless.

My older brother then noticed something wasn’t right. He shook my shoulder asking, “What’s wrong Vanessa?” I screamed again and my mom dropped what was in hand and ran over to me and asked what was wrong. She said that my respond was “The devil scared me!”, but I remember saying “Daddy scared me!” She then went into the garage to find nothing there or looking in.

Mom then called my dad who was in Houston, Texas, exactly 424 miles east of Midland. She told him a demon appeared to me.

He talked to me and reassured me that everything would be okay and to just pray if I ever get scared because Jesus would protect me. The next day the storm had passed and my mom went outside to see if there were any signs of someone being there. There on the window were three claw marks.

Even though I’ve moved I still don’t go into the garage alone, and I don’t go during the night at all. I believe what appeared to me that night was a demon. How it took the form of my father I don’t know, but why was it wearing sunglasses. What was it trying to cover up? I need answers. If you have any idea what it was please let me know.

They Came Back To See Me…