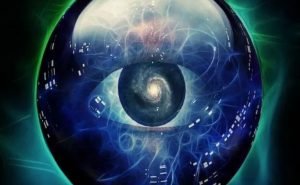 Anomalien.com reader Michael shares his story about an encounter with the unexplainable.

This happened a very long time ago about 1968 I was about 13 at the time. A little background information on my mom. Mom was Sicilian and often had gut feelings and premonitions that were eerily spot on.

Maybe they were just coincidence but we all swore she had ESP. Mom had just come home from a surgery and had been in the hospital for a couple of days. She was on pain medications and was pretty groggy and sometimes incoherent.

It was early Friday evening and I was watching TV with dad. My 17 year old sister came into the living room and told dad she was going out with some friends and would be back by 11 pm.

She said she kissed mom goodbye but she was sound asleep. It was late October just a couple days before Halloween and unseasonably cold for Indiana. What Sis didn’t tell dad is that she, her boyfriend and another couple were going to a graveyard way out in the country.

Typical teen stuff but I know my parents and there is no way they would of allowed this. Dad and I later found out that when they got to the graveyard it was spitting a little snow. Sis had on penny loafer shoes without socks and her feet were freezing. Snow was actually getting into her shoes.

She said the place was very creepy and she knew she should not have been there. There were cornfields and woods surrounding this little graveyard in the middle of nowhere. The cemetery had an ancient iron fence surrounding it.

The graves were very old and dated back to the early 1800’s. Some were so worn you couldn’t read them with the flashlights they brought. She finally convinced her boyfriend and the other couple that they should leave.

She gets home around 10:30 pm and dad and I are watching a movie. She asked dad about mom and he said go say goodnight to her she may be awake now. A few minutes later my sister entered the room looking as white as a sheet.

In a quivering voice she asked dad, “Who told mom about the graveyard?” My dad was baffled and so was I. Dad asked her what she was talking about. She went on to tell us about her evening and then she told us what mom said.

She had gone to mom’s bedside and kissed her on the forehead whispering goodnight. Mom’s eyes opened wide and she grabbed my sister’s arm and gasped, “What were you doing in that graveyard and why didn’t you wear your boots?”

Thoughts Have Wings: Telepathy or Direct Mind-to-Mind Interaction Is Real