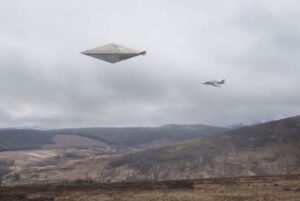 In 1996, the MoD commissioned a defense contractor to produce a comprehensive report on U.K. UFO sightings. The report was compiled at a time of huge public interest in UFOs fueled by the wildly popular “X-Files” TV series and 1997’s 50th anniversary of the purported UFO incident in Roswell, New Mexico.

Code-named Project Condign, the report analyzed a database of sightings between 1987 and 1997 and was delivered to officials in 2000. The study, entitled ‘Unidentified Aerial Phenomena (UAP) in the UK Air Defence Region,’ found that that sightings could be explained by a variety of known phenomena, both man-made and natural.

The incidence of relatively rare natural phenomena was also noted. “No evidence exists to associate the phenomena with any particular nation,” it said.

Project Condign has been compared to Project Blue Book, a U.S. Air Force effort to investigate UFOs that closed in 1969.

Nick Pope, a former MoD UFO investigator who is now an author and journalist, told Fox News that he was involved in setting up the study with his counterpart in the Ministry’s Defence Intelligence Staff.

“The reason for the study was that while we’d been investigating UFO sightings on a case-by-case basis for decades, we’d done very little trend analysis,” he explained, via an emailed statement. “Project Condign was supposed to rectify this and be a proper intelligence assessment that would look for patterns in data we already had.”

“We were trying to draw everything together and say in relation to UFOs: ‘OK, what’s our best assessment of what we’re dealing with, what are the threats, and what are the opportunities?’,” he added.

Initial discussions about the study started in 1993, according to Pope, who was no longer involved in the Ministry’s UFO investigations by the time work on the report itself started.

Pope, who left the MoD in 2006, has been quoted extensively in the media as a result of his links to what remains a highly controversial topic. His involvement in MoD UFO investigations lasted from 1991 to 1994, according to his website.

“The study was highly classified and extremely sensitive, not least because the MoD consistently told parliament, the media and the public that UFOs were of limited interest and ‘no defense significance’,” Pope said.

“Our concern was that if the existence of the study became known, it would have exposed an internal position on the phenomenon that was different from our public position.”

The report only entered the public domain in 2006 following a Freedom of Information request from academic Dr. David Clarke. The identity of the report’s author has not been revealed.

A new set of previously-unseen documents obtained by Clarke, a principal research fellow at the U.K’s Sheffield Hallam University, have thrust Project Condign into the spotlight once again.

The records show how over-worked MoD officials were keen to reduce their commitment to investigating reports of UFO sightings. With its findings, Project Condign duly laid the foundations for the MoD to start scaling back its UFO-related operations. 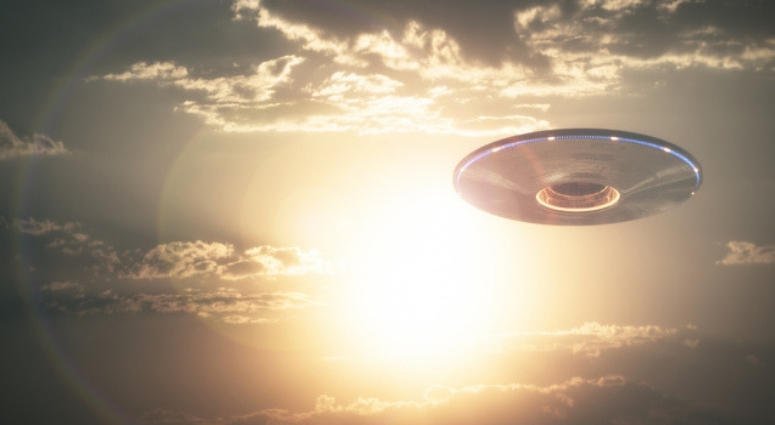 The Ministry’s DI55 department, which had secretly collected data on potential UFO sightings since 1967, closed at the end of 2000. The MoD’s UFO Desk closed in 2009.

Pope found the final Project Condign report disappointing. “In places it looked like a conclusion-led study where data had been used to support a personal opinion,” he said, but acknowledged the challenges involved in compiling such a confidential report.

“The problem with an intelligence study like Project Condign is that it’s so secret and sensitive that those involved don’t reach out to subject matter experts outside the intelligence community,” he explained, adding that consultation with the U.K.’s Met Office weather service, other scientists and academics would have been helpful.

The report also suggested that atmospheric plasma may account for some UFO sightings, which Pope sees as confusing. “In speculating about exotic atmospheric plasma phenomena the report’s author had made the classic mistake of trying to explain one mystery in terms of another,” he said.

The former MoD employee was also surprised by the discussion of “novel military applications” that could be supported by greater understanding of the UFO phenomenon. “This was essentially a reference to weaponization, including the construction of a directed energy weapon,” he said.

The MoD explained that all its historic files that refer to UFOs have either been released, or are in the process of being released to the U.K.’s National Archives. “The MOD continues to have no opinion on the existence, or otherwise, of extra-terrestrial life and does not investigate reported unidentified flying object sightings,” it said.