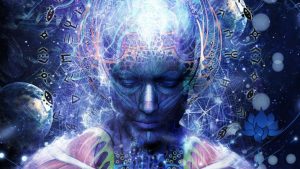 The CIA has declassified materials about experiments that were carried out by Soviet scientists in Novosibirsk in the 80s of the last century. It is argued that Soviet specialists advanced in extrasensory perception and could even transmit thoughts and feel objects at a distance.

The document, which claims the similar abilities of Soviet scientists, was declassified in November last year, reports Daily Mail.

The document itself is a memo that lists the achievements of Soviet scientists in the field of extrasensory perception. Thus, it is argued that the innovative method of “mind reading” was developed by Konstantin Buteyko, and the foundations of his teaching were developed by Vlail Kaznacheev.

The experiments themselves, according to the CIA, took place at the Soviet Institute of Clinical and Experimental Medicine, which is located in Novosibirsk.

At the same time it is noted that Buteyko did not at all strive to read other people’s thoughts. He is known for researching deep breathing and trying to find unconventional treatments for asthma. The scientist tried to achieve the transfer of biological energy to treat patients with asthma, as well as allergies and heart disease.

The experiments were carried out as follows: the volunteers were seated in the center of the room between two concave mirrors. At this time, scientists tried to “transfer bioenergy to the patient”, it was assumed that the mirrors would enhance the effect.

Kaznacheev, on the other hand, studied the physical transmission of geometric shapes.

It is noteworthy that the CIA believed that Soviet scientists were successful, and they really learned to transfer energy to patients and read their minds.