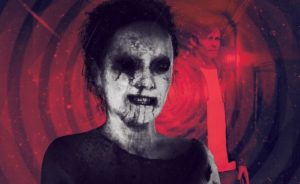 In Alberta, the Canadian Government decided to conduct several experiments on the human psyche. About 9 volunteers were needed for the project and once they were acquired they needed to prepare for a 3 weeks stay for the project.

Once the 9 arrived at the lab they were to be put into blank white painted rooms with nothing inside them. The experiment was to allow the scientists to learn the human mind under stress and confinement with no means of entertainment.

The volunteers or “Subjects” were given jumpsuits that matched that of the walls inside their rooms with their identifying numbers 1-9 printed in black on the front. The experiment was to last a week, exactly 7 days. But only lasted 4. The first day each subject was put into a separate room from each other that contained viewing glass for the scientists to observe them.

About 17 hours into the project Subject-6 started tapping on the glass complaining that he was hungry. Immediately someone brought food up to the room, opened the slot and slid the food into the room with the subject. Zero human contact was needed for this experiment.

24 hours was exceeded and the scientists were pleased that they had passed the first day but were disappointed that most of the subjects didn’t do anything but sit or sleep. 34 hours into the project things started going, a bit strange.

Subject-3 started to laugh a bit, he started smirking then giggling and then went into full throated laughter at…nothing. The scientists quickly wrote this down and continued to observe him laughing at seemingly nothing but the wall he was facing. After all the protocol was to observe, not to engage. He did this for precisely five hours, until his vocal cords were sore and he stopped.

The rest of the subjects were still continuing to do nothing. 40 hours into the experiment more things began to arise with the subjects. Subject-5 was seen crawling into a corner and rocking back and forth while Subject-2 started banging on the glass and yelling for the scientists to let him out.

They did nothing but record what they saw. Subject-3 started to laugh again but this time he wasn’t facing the wall, he was facing the glass. Just laughing uncontrollably like somebody just told the most hilarious joke in the world. The scientists were beginning to grow concerned and one of them suggested that they let them out but the Lead Scientist just said “no, we need this”.

This continued for 8 straight hours and Subject-3 was still laughing but this time, he emitted a rasping noise, like his vocal cords were strained for too long and they just stopped vibrating. Subject-2 was still banging on the window screaming at them to let him out but then he was saying that there was something in there with him.

The second day had passed and on the 57th hour one of the scientists tried to open all of the locked steel doors to free the test subjects but the Lead scientists stopped him and said “you can’t let them go…not yet.” Then more of the subjects started acting strange like the others.

Subject-8 started crying and screaming in fear for the voices to stop, Subject-4 started walking around the room in circles repeating the word “Theta” over and over again. The scientists started worrying for the subjects’ safety but the Lead scientist insisted that they continue with the project. Then on hour 70 Subject-6 started to tap on the glass again asking for food.

Again someone brought up a tray and opened up the hatch to slide it in when the Subject reached through the slot and grabbed the person’s arm then brought it in with him. He chewed off the Servers index finger and continued gnawing on the rest of the servers hand while the server screamed in agony at the scientists to get him off.

When they finally did most of his hand was chewed off and he was immediately rushed to the hospital. They watched Subject-6 as he enjoyed eating human flesh and saying “tastes good” each time he bit into the flesh that he had ripped off.

Subject-7 began backing up and ramming his head into the wall until he knocked himself out and when he awoke he began chanting in an unknown language the scientists didn’t understand. Subject-1 bit off one of his fingers and started to write on the bleach white walls symbols until he passed out from blood loss.

Subject-6 finished eating what was left of the hand and banged on the window for more human flesh. The scientists didn’t know what to do at this point, they hadn’t prepared for such a situation. But they had noticed that one of the volunteers had not succumbed to the psychotic nature of the rest.

Subject-9 had sat perfectly still the whole time only moving to get up and eat. The third day had passed and the scientists had enough of the experiment and immediately started questioning the true nature of this project to the Lead scientists in charge.

He just smiled and said to them “It’s beautiful, the way we act when we can’t entertain ourselves with these electronic devices, we can see what true monsters we are”. They couldn’t believe what they were hearing.

All this experiment was for showing them the monstrosity of human beings. He walked over to a control lever and spoke to them “and now the whole world will see what disgusting beings we are”. But before he could pull it one of the scientists grabbed hold of him while the others helped. They opened the door to Subjects-6’s room and threw him in. All they could hear was the maniacal laughter he let out before Subject-6 bit into his flesh.

82 hours had passed and the three scientists didn’t know what to do with the volunteers after they had transformed into the animals they were. But suddenly something happened they never thought would see coming. Subject-9 had punched through the 1-inch thick glass and shattered it to pieces. He picked up one of the shards of glass and attacked the scientists.

Only one of them was able to crawl away from him until Subject-9 walked over to him and stood over him, his crisp white jumpsuit now stained in blood. The scientists simply asked “What do you want?” before the subject bent down and whispered in his ear.

“For all of us to go to sleep!” before killing him. But to this day, no one knows the whereabouts of the test subjects…or the people involved in this experiment.