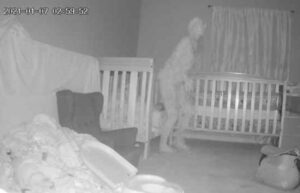 A Las Vegas resident named Tori Mackenzie assures that this is a completely authentic image and that she does not even have the skills to work in photo editors in order to be able to change the picture.

In January 2021, 41-year-old American Tori Mackenzie was visiting the home of her eldest son Ryan, who has a 2-year-old daughter, Amber, and a 7-month-old son.

Once, when Tori had already put her granddaughter to bed, she accidentally heard the girl say to someone “Go away”, as if there were someone else in the room except the girl and the baby. 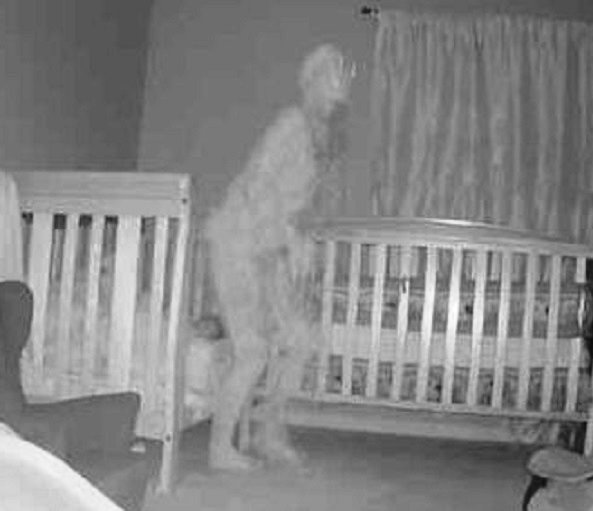 Tori worried about this and installed a baby camera in the children’s room that detects movement and takes pictures at the moment of movement. A few days later, Tori decided to see what the camera had recorded, and was horrified to see a whitish, translucent horned figure near the children’s beds.

On the head of the figure, two horns are clearly visible, and the fingers resemble long claws. The figure is hunched over by the bed.

“It was so shocking when I saw it. I had to look at the picture twice to convince it was true. The first thing I saw was the horns on being head, so I immediately thought it was a devil or a demon.”, says Tori.

To show that this is not some kind of camera glitch and that this terrible “demon” is really not human, Tori showed another picture taken by the camera in which the girl’s father came to visit the child. His figure looks completely natural. 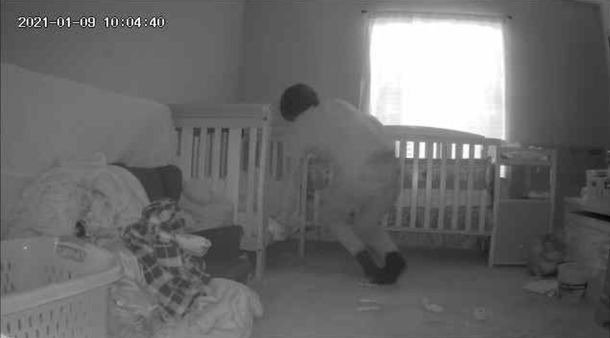 She also wrote that after what she saw, she “cleaned” the house, but she encountered other anomalies. She assures that she heard music coming from nowhere, as well as something opening wardrobes and pulling curtains.

“When the camera captured the flying balls, we thought at first that they were some kind of guardian spirits watching over the children. But I have no idea what is in this picture. It looks terrible!”

According to Tori, she showed this picture to her children and they too were scared of this creature.

Tori says she is surprised that there is something so dark in this house, since the house was built just 20 years ago.

She also said that, as it turned out, this figure used to, apparently, regularly come to the girl’s bed and she talked to it, laughing and chatting, as if with an imaginary friend. But then for some reason she told him “Go away.”