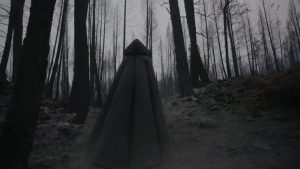 The Grimm Brothers should be a familiar name to anybody who was a child in the Western Hemisphere. The two brothers, Jacob Grimm and Wilhelm Grimm are known for their many classic fables. Their stories were all twisted in some way, and a good number of them more terrifying than anything in these articles.

What’s more interesting is that they all take place in one German forest, a forest that has a few tales even they didn’t tell. Welcome to the Black Forest…

Despite having published over seventy stories, the Brothers Grimm didn’t write a single story, so much as they just wrote them down. The two brothers were cultural researchers and lexicographers who between 1812 and 1830 traveled the one hundred mile expanse of the Black Forest collecting tales from the residents of villages throughout. These tales were never meant to be fiction, they were recorded to preserve the word of mouth history of secluded peoples in a mountainous and dense forest.

Despite the tales retaining their creepy nature, the Grimm brothers often excluded portions that would have otherwise been off-putting for their publishers in an increasingly industrialized nation.

Perhaps the clearest example of this can be found in the Brothers Grimm’s notes where it regards “Little Red Riding Hood” and states very clearly not “wolf”, but “Weriuuolf” – a fifteen hundred year old word, which today would translate to “werewolf”. In other words the Brothers Grimm recorded a historical account from a village that was once terrorized by a werewolf or lycanthrope.

The tale of Little Red Riding Hood however isn’t the only shape shifter present in the word of mouth histories found within the Black Forest. The Brothers Grimm tale of the Six Swans tells of six brothers, sons of a forest nobleman, who were turned into swans by their step mother who was said to be the daughter of the witch. Or “The Frog Prince”, a tale in which a Prince is changed into a frog by a witch’s curse and is changed back when a princess kisses him, but in the original Brothers Grimm tale, the spell was broken only when the princess threw the frog against a wall out of disgust.

Two sides are almost always depicted in these tales, a noble family and a witch. The Brothers Grimm lexicon in its fullest begins to paint a very clear picture, not of several events, but a single period in time in which the region was the location of an ongoing struggle between the ruling family and a dark power.

Each village across the hundred miles of the Black Forest saw individual portions of this struggle, and that is what in the end, became the seventy Grimm’s fairy tales. It’s an interesting speculation, but is there more to the real history of paranormal or occult phenomenon in the Black Forest.

As it turns out there was another lexicon being written almost twenty years earlier while the brothers were still children living with their mother in Steinau called “The Necromancer”. Published in 1796, we still do not know who the original author of The Necromancer was. The book begins with the death and undead rising of an evil force “Volkert the Necromancer”. Upon returning from the grave Volkert brings about a darkness on the forest and wages war on and through the residents of the region.

While the Necromancer’s own minions are often present as well through lurid tales of hauntings, the people of the Black Forest are driven to violence, and killings many of which take on the same essence of those written about in the Grimm’s fairy tales.

The ancient castles found throughout the mountains of the Black Forest are now all but ruins, and both literary works were eventually considered fiction. Whether or not the events described ever really did take place, we more than likely will never know, but to this day there are locals within the more remote mountain villages that will tell you of similar events as though they were fact.