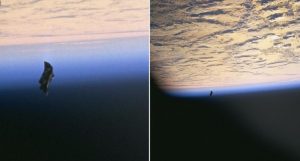 The Black Knight Satellite has been the subject of much debate and speculation among conspiracy theorist for several decades now. According to the most prominent theories, the Black Knight is a dark-colored satellite of unknown origin that has been in near-polar orbit around the earth for what some say has been thousands of years.

Fringe authors and UFO researchers claim that this mysterious satellite is an “alien artifact” that has a history predating that of any recorded human civilization.

The conspiracy claims that The Black Knight has reportedly been sending signals towards Earth for as long as we’ve been able to detect them. Some have even speculated that these signals were first discovered by the brilliant Serbian scientist Nikola Tesla in 1899, as he was experimenting with a magnifying transmitter.

In his famous 1900 letter to the American Red Cross, Tesla claimed to have received and observed “inexplicable” electrical signals that were “a message from another world.” Many have theorized that the transmissions Tesla received were actually cosmic communications from the Black Knight. Skeptics dismiss this speculation by pointing out that Tesla may have been the first to detect pulsars.

Support that the Black Knight predates manmade satellites comes from of a couple of stories that appeared in the San Francisco Examiner and the St. Louis Post Dispatch in 1954. In the articles, retired naval aviator and avid ufologist Donald Keyhoe claimed that the United States Air Force had recently detected two satellites in orbit around the Earth.

This was a highly peculiar disclosure at the time, because the first man-made satellites, Sputnik, would not be launched until 1957 by the Soviet Union. By 1960, both the United States and the Soviet Union had already succeeded at launching satellites into space, but on February 11th, 1960, reports began to surface that someone–or possibly something–had beat them to it.

A special high-sensitivity radar developed by the US Navy had picked up some type of dark, anomalous object orbiting the earth in a very eccentric pattern. The orbit was described as being inclined at 79 degrees from the equator, which is an abnormal position compared to the typical 90 degrees of a polar orbit.

The object had a highly eccentric elliptical orbit that completed every 104.5 minutes. Since this discovery emerged during one of the tensest periods of the Cold War, speculation was rampant that the object might have been a Russian reconnaissance satellite.

Around this same time, the US Navy had been attempting to track down a missing piece of casing from an earlier Discoverer VIII satellite launch in November of 1959. The casing came from a somewhat botched capsule ejection attempt, where the casing split in half and was eventually declared lost by the Navy. 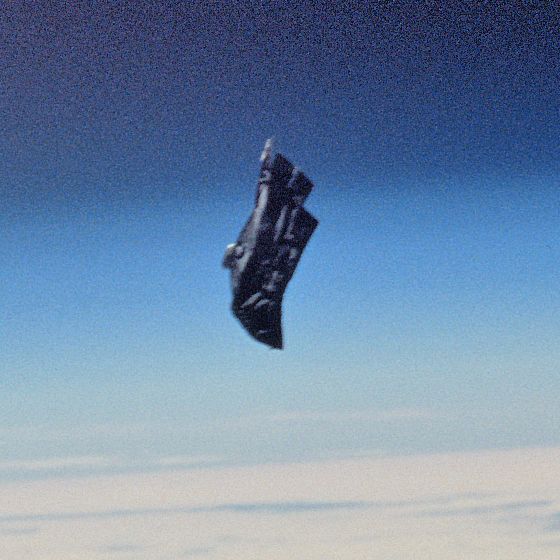 One half of the casing was discovered soon afterwards, but the whereabouts of the other half remained unknown for until February of 1960 when the strange radar anomaly was discovered by the US Navy. It was eventually confirmed by the Department of Defense that this mysterious object, thought by many to be the Black Knight, was actually the other half of the Discoverer VIII casing.

Another theory tied to the Black Knight involves the work of a couple of Norwegian scientists in 1928 who were conducting experiments in which they would send short-wave transmissions into outer space.

They began receiving long-delay echoes (LDEs), where the echoes of their transmissions would return to them several seconds after being sent. This phenomenon was largely undiscovered at the time, and in many respects is still not fully understood today.

In 1973, a Scottish writer by the name of Duncan Lunan analyzed the writings and data of the Norwegian scientists and concluded that the signals could be interpreted to produce a star map that pointed the way to a double star known as Epsilon Bootis, a member of the Bootes constellation that can be seen in the northern sky.

Lunan surmised that these signals were being transmitted from an unknown object (possibly a “space probe”) that was approximately 13,000 years old and was aligned with Earth’s L5 Lagrangian point, one of five key positions in an orbital configuration. Lunan later retracted his hypothesis, citing faulty data, and flatly denies having any connection with the Black Knight, stating on his website that the strange satellite has “nothing to do with me.”

Perhaps one of the most well-known Black Knight theories involves a photograph of a mysterious object that was taken by the NASA Space Shuttle Endeavour during the now-famous 1998 STS-88 mission.

The dark and irregular shape of the object has prompted many to speculate that it could be the Black Knight, but many analysts have dismissed those assertions, claiming that the object is actually a thermal blanket that was accidentally lost by an astronaut during an extra-vehicular activity (EVA) assignment.

There are several other theories regarding the elusive Black Knight Satellite that range from the relatively tame to the completely outlandish. Although there are official NASA photographs depicting what some would call the Black Knight, there is very little evidence that this mysterious object is an actual functioning satellite that can send and receive transmissions.

Skeptics have written it off as nothing more than “space debris”, while conspiracy theorist believe that there may be a deliberate disinformation campaign regarding the Black Knight’s origin and capabilities. We may never know for sure, but the Black Knight remains an intriguing element of the paranormal world nonetheless.

Top 4 Government UFO Documents – Is This Proof That Aliens Are Real?