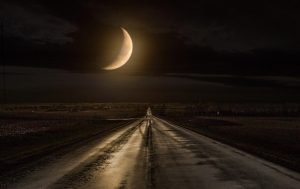 According to a few old-timers strange things were always happening upon the Carmel Highway. In the early 1930’s before the road became a freeway, it was much less traveled, particularly at night.

If a car broke down there after nightfall, its luckless driver had but a couple of choices, sleep in the car or walk. Being of a less than robust nature, Sam decided to wait it out when his old car quit running halfway up Forest Hill one fall night.

He got out of the car and looked down at the moonlight sparkling on Monterey Bay. There was a slight chill in the air but nothing like the Octobers he remembered back in Maine.

He leaned against the car and wondered how long it would take him to walk back down the hill. The doctors had told him to walk more, but this probably wasn’t what they had in mind, he convinced himself.

Besides, getting down the hill was only half the journey. Once at the bottom, he’d still have the long trek over to New Monterey. A light breeze ruffled his hair and he heard the sound of bells tinkling.

“Say mister you got any water?” A voice called to him. Looking around in all directions Sam noticed a man slowly walking toward him.

“Sorry, but I haven’t got a drop.” Sam answered.

“Well sir, if it gets any hotter ’round here we’re sure gonna need something to drink.” The man replied.

“You must be running a fever. It ain’t hot by a long shot.” Sam laughed. The man stopped and leaned against the car alongside Sam.

“Maybe I’m just tired from the long walk up this hill, but I’d give just about anything for one cool sip of water about now.” Sam nodded in agreement. 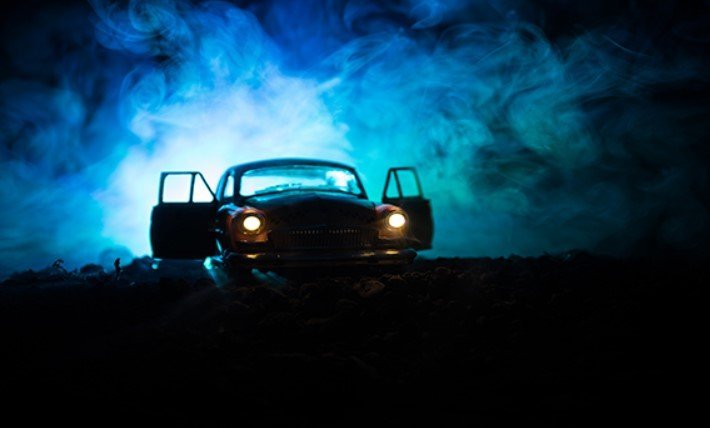 “Name’s Harold.” The man said nonchalantly. “Sam. You know Harold, if you’ll help me we might just get this car running and we could go on down–”

“Nope. I don’t have the time. I’ve got to get to Carmel soon as I can” With those words the stranger stood and stretched.

“Well sir, it’s on to Carmel for me. Nice talking with you.” Sam watched as the man strode up the long road, a few yards and vanished into thin air. My imagination must be working overtime, Sam told himself.

At daybreak, a helpful motorist stopped and got Sam’s car running. Instead of turning back toward Monterey, he drove on to Carmel. Hunger had finally gotten the better of him so he stopped in a small café and ordered a hearty breakfast.

While he waited for his meal to arrive Sam glanced at the morning newspaper that had been left on the counter. He’d just finished reading the sports page when the waitress brought his ham and eggs.

“Sad thing that.” She said looking at the newspaper.

Sam turned the newspaper over and there on the obituary page was a large photo of the man who’d walked up to him last night. A chill washed over him and suddenly he wasn’t so hungry after all.