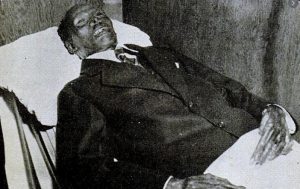 On the evening of June 9th, 1929 a visitor came to the small town of Sabina, Ohio. He was clearly ill, hunched over and could barely walk but managed the occasional nod and wave to those he met.

Once he hobbled his way to the outskirts of town he decided that he could carry on no further and, thusly, crawled into a ditch and died.

When a farmer found the body the next day the local funeral director, Mr. Littleton, was summoned and the corpse was taken to his parlor to be embalmed and await identification.

The only hint of the stranger’s identity was a Cincinnati address found scribbled on a piece of paper in his pocket which, upon investigation, turned out to be a vacant lot. 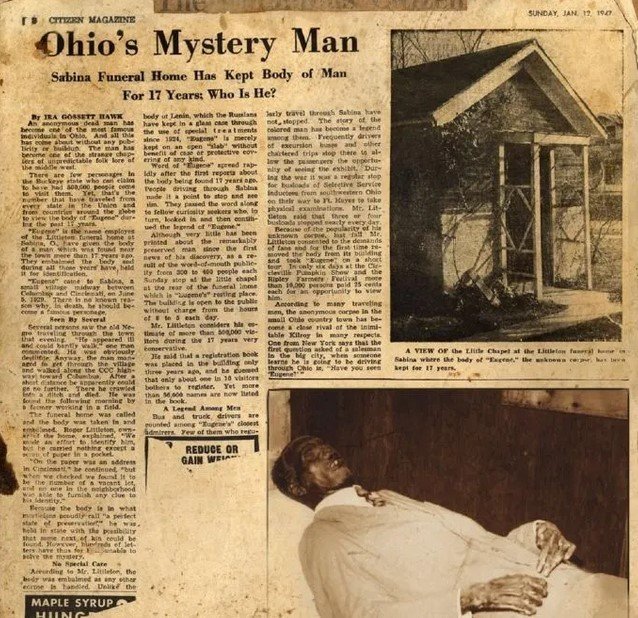 So “Eugene”, as Mr. Littleton began calling him, remained on display at the funeral parlor in hopes that someone would eventually recognize and claim his body.

Before long word began to get around about the unusual exhibit at the tiny funeral chapel in Sabina, Ohio and “Eugene” became a must-see sensation.

Over the 35 years he was displayed an estimated 1.5 million people made a point of stopping by to say hello to the mummified man on their travels between Columbus and Cincinnati.

In 1946 “Eugene” had reached such a level of popularity that Mr. Littleton caved in to the demands of his adoring fans and even took the dead dude on tour, wowing crowds at both the Circleville Pumpkin Show and the Ripley Farmer’s Festival.

Every once in a while “Eugene” would also find himself the pawn of high school and college pranks, turning up in all sorts of unexpected places. In 1964 some wise guy took things too far when they thought it would be funny to give students here in Columbus a fright by leaving “Eugene” propped up on a bench at OSU campus. 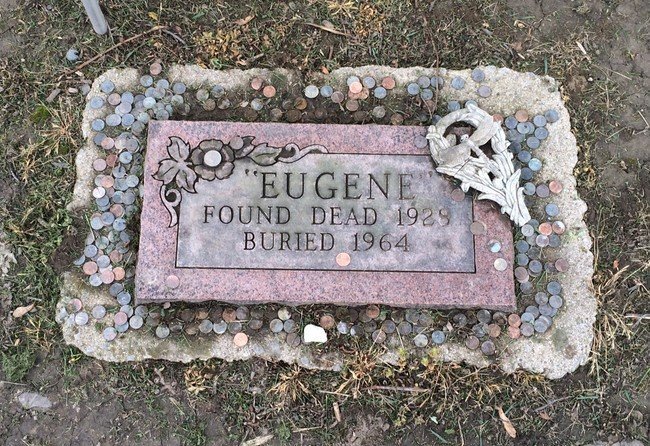 After that it was decided that things were getting out of hand and the mysterious mummy was given a short, respectable service before being laid to rest in the town’s cemetery.

Despite having been buried for over 60 years, people still stop to pay their respects at the grave of this unusual fellow.