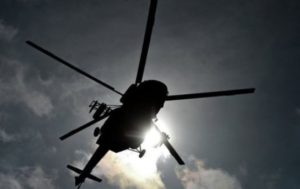 Stories of black helicopters first appeared in the 1970s, and were linked to reports of cattle mutilation. It is possible that the idea originated in Hal Lindsey’s book The Late, Great Planet Earth, published in 1970 and popular among conspiracy theorists.

Lindsey theorized that the locust-like creatures referenced in the Book of Revelation in the New Testament were actually helicopters, which John had never seen and thus did not know how to describe.

“I have never seen them,” Chenoweth said in an interview in The New York Times. “But enough people in my district have become concerned that I can’t just ignore it. We do have some proof.”

Believers in UFO conspiracy theories often claim unmarked black helicopters are seen in the vicinity of UFO sightings, the theory being that the choppers belong to an alleged secretive government department who cover up evidence of alien visits and UFOs from the general public. 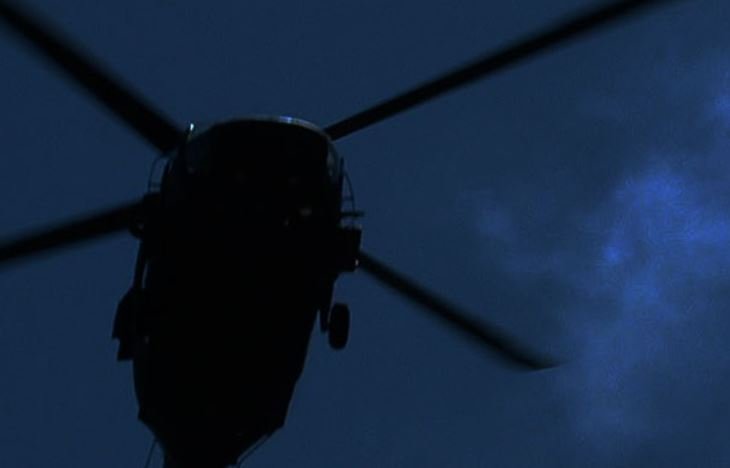 On May 7, 1994, a black helicopter pursued a teenage boy for forty-five minutes in Harahan, Louisiana. Its exterior gave nothing away, bearing no mark of its origin or owners.

The boy was terrified not as much by the sinister nature of the vehicle itself, but by the threatening stance of its occupants who had descended from the aircraft and pointed weapons at him. He has no idea to this day why the helicopter should have targeted him.

The police chief was not forthcoming and intimated that the helicopters belonged to the American government, that in fact the matter was completely out of his hands. A week later, people traveling in a car near Washington were given similar treatment.

They too were chased, the helicopter following the car for several miles. They were completely unable to help themselves at all; when the driver tried to escape from the road, a rope ladder was let down and men in black uniforms and carrying weapons started to climb out. There was no option but to do as the men in the aircraft wanted.

The driver counts himself lucky that the volume of traffic forced the aircraft to retreat in the end, but does not like to think what would have happened to him if the road had been deserted.

Then in 1995, a black helicopter flew over a couple’s farm in Nevada. Spraying some unknown substance on the area, it had killed over a dozen of the animals by the next day, and months later, the surrounding vegetation was still clearly damaged. Official authorities denied any knowledge of the helicopter.

Mysterious black helicopters seem to be constantly in evidence, pursuing and terrifying completely innocent victims. They often seem to have some link to cattle mutilations and are seen in immediate proximity before, while or after they have taken place.

What is most alarming is that the occupants of the helicopters do not even pretend to have peaceable intentions and are quite prepared to use gunfire and other violent means to their advantage, all the time keeping their identity secret.

The spraying of both urban and rural settings with unknown chemicals and the killing of pets, plants, and livestock for no apparent reason is more ominous still.

Who knows whether the helicopters could be linked to the mysterious men in black, but people who have dared to photograph the helicopters have allegedly been accosted by men wearing black uniforms.

They have then been told to leave the area and have been forbidden to tell anyone what has happened on the pain of death. The men have also confiscated the cameras and film.

Whether the mysterious helicopters and their occupants are an alien phenomenon or whether they are in fact from hostile government departments we cannot know. But it seems certain that they do not come in peace and that they are not prepared to uphold fundamental democratic principles.