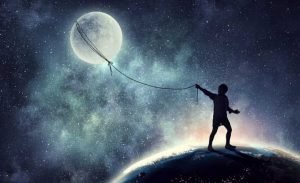 Does God exist? Is there life after death? Is there a soul that lives on when the body expires? Are humans pre-programmed by genetics for disease, health, and happiness, with little control over inherited DNA?

In many ways, science and spirituality operate from totally different premises. Science bases findings on observable, repeatable data as witnessed by human beings and verified by physical testing.

Spirituality based teaching stems from humans whose knowledge is based on non-repeatable and unverifiable faith, intuition, and inspiration.

It isn’t often that science and spirituality coincide, which is why Dr. Bruce H. Lipton’s The Biology of Belief has captured the excitement of thousands, even as a self published, incomplete version of a scientific presentation.

Lipton, a former tenured professor at the respected University of Wisconsin at Madison College of Medicine, has sold over one hundred thousand copies of The Biology of Belief.

By his own admission, Lipton was the classic scientist, believing only what he could prove through repeatable, observable physical phenomena. He did not believe in God, spirit, and soul, being unproved in the physical world.

Then late one night while reviewing results of his earlier research in cell biology, Lipton had an epiphany that changed his whole world.

Lipton realized that his research showed single cells responded not only to their pre-programmed DNA, but also to environmental signals and energy. Higher beings, including humans, are composed of millions of higher order cells, but he realized that multiple cell organization still operated on the same basics of single cells.

Human behavior, health, and happiness is based on a combination of DNA and environment, which includes human thoughts and beliefs.

Darwin’s The Origin of Species

Darwin’s The Origin of Species taught that human evolution resulted from those whose genetics were most favorable to reproduction and survival. Darwin was only partially right, as he admitted late in life when he acknowledged that he had short-changed environmental effects.

In science-oriented language, sometimes difficult for the layman to follow, Lipton presents his interpretation of research findings to support that humans have a soul, the soul is immortal, and humans are indeed individual occurrences of one connected energy.

Believing in The Biology of Belief

Most fascinating about this book is that Lipton correlates the research findings of quantum physics and biology to conclude that quantum science, when adapted to cell biology research confirms the essence of the law of attraction, that humans attract circumstances based on thoughts and emotions.

Humans are not pre-programmed by DNA with respect to health, behavior, or success. DNA may pre-dispose people, but environment, including thoughts, can change cell behavior.

The most disturbing thing about this book is that it is a self published version of a manuscript Lipton presented at a scientific conference. View graphs accompanying the presentation are still referenced in the book, but not included, giving The Biology of Beliefs an amateurish appearance.