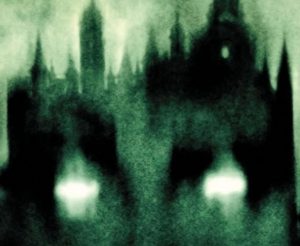 Joe Berini had moved his new wife Rose and her two son’s from a previous marriage, into his family home in New England just a short time before the strange events began. From 1979 until 1981, A haunting which at the beginning was peaceful, would escalate into increasingly violent poltergeist activity.

Rose Berini was the first to have an encounter with an entity calling itself “Serena” in May of 1979. Serena would never be seen but her voice would be heard. At the first encounter rose said she clearly heard Serena whisper “Mama, Mama, This is Serena.”

Neither Rose or her husband knew anyone named Serena or why the spirit would be making it self known. Over time and several encounters the Berini’s noticed a pattern. Serena seemed to appear before some trouble or tragedy was about to happen.

On one occasion Serena appeared before Rose’s daughter went to the hospital to have her tonsils removed. Due to complications she almost died. Another encounter happened just before the stroke and eventual death of Joe’s grandfather.

Rose was not the only one to her the voice of Serena. One night Joe was awakened by the voice of Serena only to find Rose choking. Joe shook her awake, she said that she was having a nightmare, in which her ex husband was trying to strangle her. That was the last encounter with Serena, but another ghostly visitor would later appear.

The Berini’s reported no paranormal activity between December of 1979 and February of 1981. Then in March of 1981, a new entity was seen by Rose. This time it appeared to be a young boy dressed in all white, walking along the upstairs landing. 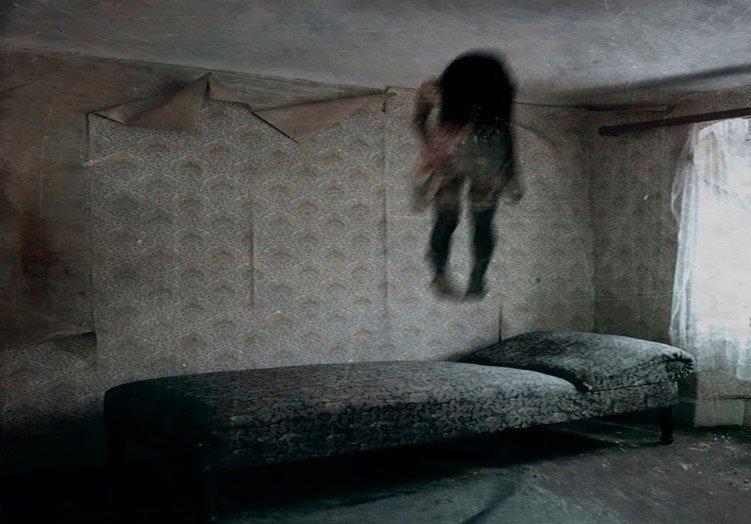 Rose said the boy was seen off and on for about two hours and noted that she had a very peaceful and calm feeling during the visitation. Joe would also see the apparition. He reported that he watched as the boy moved from room to room as if he was looking for something.

The entity finally appeared to settle at spot in the hallway before fading away. Curious as to what the boy may have been looking for, Joe later pulled up a couple of floor boards where the boy was last seen and found a Virgin Mary medallion which appeared to be very old.

The last time the boy dressed in white appeared, again seen by Joe, he appeared to be distressed and said “My oldest brother is the only one that can help me now.” Joe felt the boy was scared and everyone would soon know why.

Before long the Berini family began to notice things around the house had been moved. At first it wasn’t much but it rapidly escalated into an all out poltergeist attack. Doors would open and slam shut over and over, things were ripped from Rose’s hands and on one occasion the freezer swung open hitting Rose in the head.

Rose and Joe spoke with their priest, who agreed to bless the house. After that everything seemed to be normal, until June of 1981, when a new entity appeared at the home, “Something straight from Hell!” as Rose described it.

The new entity was seen by all four people living in the house. This malevolent spirit appeared as an old hunch backed man wearing a black cape, with large feet and a gruff voice. He was a terrifying being and said “I am a minister of God.”

Apparently the hunch back entity was responsible for the poltergeist activity, it was going to get worse, and Rose seemed to be the main focus of the increasingly violent activity.

Rose was hit by various objects that flew off the walls and shelves but the worst attack would come one night shortly after Joe had left the home to work the night shift. Rose was sleeping and woke to a loud bang and found her bed bouncing off the floor and the entity screaming obscenities.

She tried to escape the room but the door slammed shut before she was able to get out. She did however manage to call Joe who raced home from work. When he arrived he ran to the room and opened the door, only to find the bed floating in the air about two feet off the ground.

Rose was crouched in the corner praying, with rosary beads in hand. The Berini’s decided to leave the home after finding a butcher knife stuck deep into a wooden table. The family was gone for about a month during which time an exorcism was performed at the house. No further Paranormal activity was ever reported.

The Berini Haunting was not reported to any paranormal research group until after the house had been exorcised. When the Psychical Research Foundation or PRF was notified they sent investigators to the home. The investigators observed no paranormal activity as it had ceased by the time they arrived.

They were however able to confirm much of what the Berini family reported by speaking to family, friends and the priests involved with the exorcism. The pseudonym Berini was given to the family involved by the PRF, their true identity remains unknown to this day.