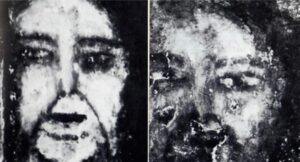 On 23 August 1971, the Pereira family began to encounter strange human-like faces that appeared and disappeared in their home which located at the Pereira family home at Calle Real 5, Bélmez de la Moraleda, Jaén, Andalusia, Spain without explanation.

Various faces have been frequently photographed by the local newspapers and curious visitors. Both the locations and times that the faces appear have been irregular.

Maria tried to scrub the stain to remove it and when this failed, María’s husband, Juan Pereira, and their son, Miguel, destroyed the image with a pickaxe, and new concrete was laid down. However, a new face formed on the floor within days. 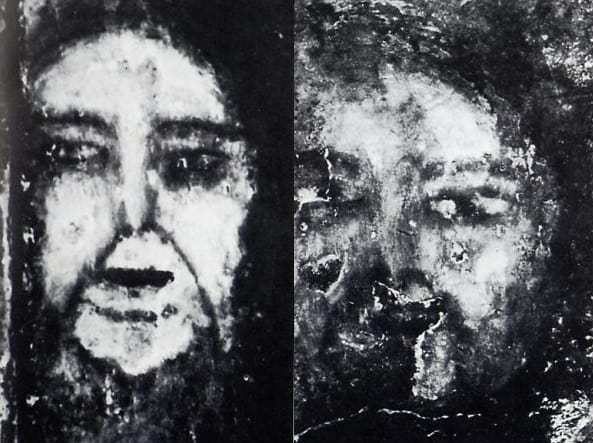 The mayor of Bélmez was informed and forbade them from destroying the new face. Instead, the floor concrete was cut out and taken for study.

Within a week not only had the face reappeared but more had also formed.

Scientists also stepped in to verify their authenticity and test whether they were paintings or some other chemical, orchestrated by Maria. The kitchen was closed off under the supervision of a notary and three months later, when they left with no answers, the faces were still there.

The painting theory was ruled out, and no conclusive evidence could pinpoint the cause of how the faces were appearing. 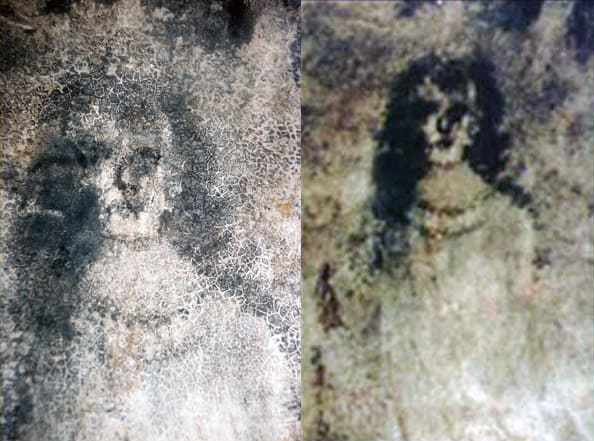 Many Bélmez residents believe that the faces were not made by human hand. Some investigators believe that it is a thoughtographic phenomenon – which is considered a form of psychokinesis among parapsychologists – subconsciously produced by the former owner of the house, María Gómez Cámara – now deceased.

By Easter of 1972 hundreds of people were flocking to the house to see the faces. For the next 30 years the Pereira family claimed that faces continued to appear, both male and female and of different shapes, sizes and expressions.

Another theory was as the house was so close to a church, it was probably built on the site of an old cemetery.

The floor was removed and fully excavated, human remains were found several feet below. Many of the skeletons had no skulls and the bodies were reinterred into a nearby Catholic cemetery. Some contemporary reports cite the excavated remains to have been dated at around 700 years old.

Despite having the floor replaced multiple times and cleaning the faces with detergent, they continued to appear without explanation.

Some skeptics announced that it must be a hoax and that the family was creating the faces somehow.

Brian Dunning of Skeptoid states he believes that the faces were painted on the concrete floor, the first with paint and later with acid, and Maria was perpetrating a hoax on the public for financial gain.

Investigator Joe Nickell has stated that he is convinced the Bélmez Faces were faked, and the faces looked very amateurish. However, some scientists, insist that after their investigations, they can conclude that whatever it is — it is not paint.

In 2014, investigative journalism TV show Cuarto Milenio, presented by Iker Jiménez, carried on a technical analysis in order to discover the possible hoax.

The research was realized by José Javier Gracenea, doctor in chemical engineering and general manager of Medco, and Luis Alamancos, forensic criminalist, chairman of Gabinete Pericial Inpeval and director of the Spanish Institute of Applied Criminalistics, later awarded with the European Police Cross of Honor. 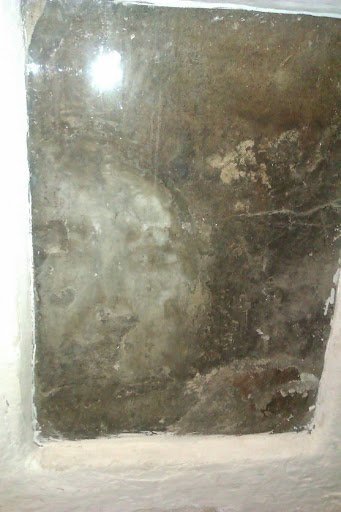 After extracting samples from the faces under the house owner’s permission, Gracenea proceeded to analyze them and concluded that the images “weren’t made with paint” and “according to scientific knowledge and techniques employed in the analysis, there is no external manipulation or elements” in the faces.

Alamancos then attempted to reproduce similar images through the variety of methods considered valid in previous investigations, including but not limited to concrete solvents, hydrochloric acid and silver nitrate.

He declared failure in his attempt to replicate the faces, concluding “the words summarizing [his] opinion are absolute bewilderment.”

Whether you believe it is a hoax or something more supernatural, the faces are pretty creepy looking and still draw in visitors to this day, who want to see the house and the images for themselves.