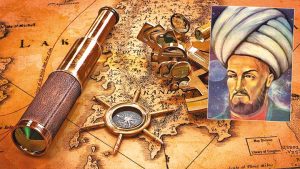 The Piri Reis (a.k.a. Piri Re’is) map has long been considered one of the most noteworthy examples of advanced geographical knowledge during The Great Age of Exploration (1400 to 1550).

What makes this map so significant is that it was drawn in 1513, but it displays information regarding the shape of the continents that exceeds the available knowledge of the time.

Although several anomalous maps exist from the 16th century and earlier, the Piri Reis map stands out due to the source of information to which it is attributed, as well as the remarkable detail of the various coastal outlines depicted in the map.

The map was discovered by a group of historians in 1929 in Istanbul (formerly known as Constantinople), Turkey, while renovations were taking place on the Imperial Palace. The map was painted on a parchment made out of gazelle skin and dated in the Muslim year of 919, which corresponds to A.D. 1513.

It was also signed by Piri Ibn Haji Memmed (a.k.a. Piri Reis), a well-known admiral in the Turkish navy who had a love for cartography. Piri Reis himself stated that the map was somewhat of an assemblage of 20 various maps that had been drafted during the time of Alexander the Great.

The detailed information regarding the placement of continents on the map is phenomenal due to the fact that the map itself predates the “Age of Exploration”, where cartographic knowledge truly began to blossom.

One of the foremost researchers of the Piri Reis map was a geographer and historian by the name of Charles H. Hapgood. He published a popular book in 1966 entitled Maps of the Ancient Sea Kings, which provided detailed technical information regarding the history of anomalous maps and their correlation to then-current geography.

Hapgood employed mathematical disciplines such as spherical trigonometry to show the relation between the features of certain anomalous maps and their actual corresponding geographic locations. Many scholars contend that although Hapgood’s geographic research was accurate, the conclusions he came to were somewhat sensational. 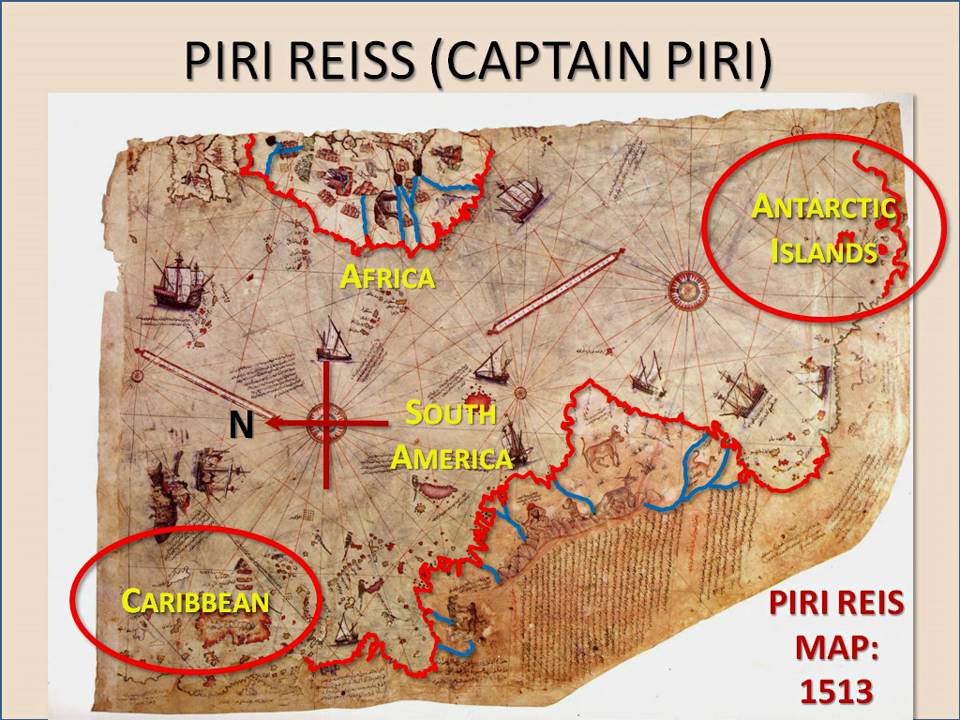 Hapgood was of the opinion that some type of ancient civilization that possessed advanced seafaring and cartography skills actually surveyed the earth and drafted maps based upon their first-hand knowledge.

These maps were then subsequently copied by hand and passed down through numerous generations. The Piri Reis map is commonly known to be a combination of several source maps into one, with notable areas such as the Drake Passage (a waterway between the southern tip of South America and the Antarctic Peninsula) possessing disproportionate gaps.

This has largely been explained by the difficulty of trying to construct a single map from a larger set of source maps without having any overlapping areas.

After publishing Maps of the Ancient Kings as well as a subsequent book entitled The Earth’s Shifting Crust in which polar shift theory is discussed, Hapgood became a target for ridicule and scorn among the official academic community.

Interestingly enough, more recent evidence has surfaced that appears to confirm many of Hapgood’s assertions. The Piri Reis map has become an important component in a growing collection of substantial evidence that favors an unknown civilization that may have predated Antarctica’s Ice Age.

One of the most striking aspects of the Piri Reis map is its detailed depiction of the coasts and interiors of the South American continent. There are some slight problems with scale, but the map does feature an extensive mountain range that acts as a source of the various rivers that flow towards the South American coast.

Perhaps the most eye-opening aspect of the map is that it features the Antarctic coastline, but without any glaciers. Even in modern times, researchers have not been able to ascertain the coastline of Antarctica without the help of seismic sounding data due to the massive amount of ice that covers the frigid continent.

Skeptics have been hard-pressed to come up with an explanation as to how the Piri Reis map can accurately represent the coastline of Antarctica without having had the aid of any modern technological research tools.

The very fact that this information appears on such an antiquated map implies that Antarctica, as we know it today, may have been a vastly different place in ancient times, perhaps one that formerly possessed a moderate climate.

There can be no plausible explanation as to how these ancient cartographers could have surveyed and depicted this geographic information except that it was based on actual first-hand knowledge.

Although the full amount of evidence needed to unlock the mystery of the Piri Reis map may never surface, it still serves as a salient reminder that we should always double-check our assumptions regarding how the world as we know it came to be.