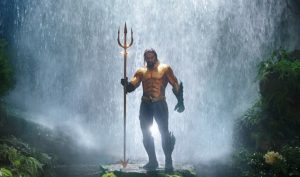 According to the National Resources Defense Council, oceans cover over 70 percent of the planet. Today’s seas are affected by around a quarter of all human carbon emissions.

Oceans have begun to acidify more than they ever have during the past 300 million years and the surface waters of them could be eventually 150 percent more acidic than they have been now. Over one million seabirds and 10,000 sea mammals die each year because of our polluting the oceans. In 1975, the National Academy of Sciences found that cargo and cruise ships dump around 14 billion pounds of garbage into our oceans each year.

Each year, 1.2 trillion gallons of stormwater, industrial waste, and untreated sewage get dumped into US water. An additional 40 percent of American lakes have become so polluted, swimming, fishing, and any aquatic life are not possible anymore.

While there have been improvements with composting and recycling preventing 85 million tons of material away from being disposed of in 2010, which was up from 1980, where there were 18 million tons, these issues still remain of great concern to environmentalists, conservationists, and everyone concerned about our environment around the world.

In Aquaman, Orm, Arthur Curry/Aquaman’s half-brother, who is king at the beginning of the film, sees these very issues as threatening to the survival of Atlantis and seeks to convince of others the need for war with the surface world.

It’s Curry, Mera, Vulko, and others who seek to prevent this war. Curry does not want to be king and has little interest in going to Atlantis after they murdered his mother, Queen Atlanna. While Curry is ultimately successful in stopping Orm from declaring war upon the surface world, it’s particularly fascinating to consider if such a thing is possible in our world.

While a telephone signaler is indeed something that would be used, it may be possible that an invasion to the surface world could happen. First, we have to consider whether there is life underwater.

Plato and Ignatius Donnelly, a writer, have discussed the existence of Atlantis. Charles Berlitz, another writer, looked at how Atlantis existed. Donnelly, the former, believed it sunk while Berlitz, the latter, said it fell victim to the Bermuda Triangle.

Since we have not actually explored the great depths of the oceans as much as we have space, it is certainly possible life exists underwater. It might be the truth that there is life underneath us.

If such life existed, they would prove likely not hospitable to the pollution and waste that we dump into their oceans. It could cause many issues. Atlanteans might die because of the things we have been doing similar to what had been happening with sea life.

Because of this, it would be our best interest to prevent such issues from occurring. Since there were so many Atlanteans below us, it would be best for us to learn as much about them as possible.

With different cultures on the surface world, it’s likely there are many below our world too. That cultural and potential religious diversity could complicate our approach to how to best deal with them.

If this was a Pearl Harbor scenario, straight out of World War II, and an attack was launched, we would not have time for diplomatic ties via a telephone signaler. It would be a straight out war that could take place.

If we were at war, we would have to quickly find intelligence on who the Atlanteans were and what kind of technologies they might have. It could be much more developed than our own and that could pose a great threat to us all. Many may be killed on both sides, especially ours if we do not act fast and appropriately in the face of war.

We would have to look back at our history and seek not to get ourselves involved in a war that we simply cannot win. In this situation, most nations would likely ally together to stop this evil from occurring.

In that way, we could win such a war because it would put an end to the insurgencies by the aliens. Given our viewpoints, as expressed in Hollywood films, we always come out on top in fighting the aliens. We tend to always win.

Yet, in the end, we might not. We could be decimated and it’s important we prepare for a potentially devastating future that awaits.

The Spiritual Power Of Hair: Power, Money And Love