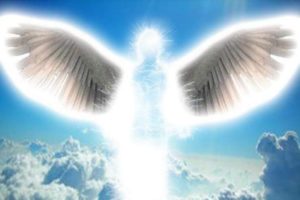 When it comes to divine help, angels are always available to assist us. Although most people focus on angels and archangels, we actually have a host of heavenly helpers that work with humanity on a variety of issues. There are nine levels or choirs of angels contained in three triads or spheres that can help you both directly and indirectly.

The First Triad or Sphere

The Seraphim are the first and highest order of angels and often surround God’s throne. They are sometimes called fiery serpents because they blaze with love and light and chant “Holy, Holy, Holy” in praise of God. Although they don’t come in contact directly with humanity, they assist with humanitarian issues, planetary and universal causes.

Often depicted in artwork as chubby babies with wings, the Cherubim are the second order. They represent wisdom and knowledge. Known as guardians of the stars they assist us with divine protection and can even serve as personal guards as well as guardians of religious temples and places of worship.

The third level of angelic beings is the Thrones, responsible for administering justice and judgment. Sometimes called the “Many Eyed Ones,” they are the keepers of Universal Law and aid in karmic matters. When it comes to individual and planetary karma they are keeping watch over us all.

The Second Triad or Sphere

Next is the fourth overall choir or the first choir of the second triad. The Dominions work with humanity on a large scale rather than individually. Considered to be angels of leadership, they help mentor and guide institutions and groups as well as govern duties of the lower angels. Nations, governments, churches, politicians and other groups of leaders are under their watch. They provide intuition and wisdom.

The fifth level (or second level on the second triad) is the domain of the Virtues. These beings are often known as angels of miracles or The Shining Ones. They provide humanity with grace and enlightenment to overcome obstacles. The Virtues also watch over the natural world and elements. Oftentimes they work in conjunction with the Thrones in order to help administer karma on a more individual level.

The Powers make up the sixth choir (or third level of the second triad). Sometimes referred to as the Warrior Angels, this group does battle against dark, evil and chaotic forces. They are known to protect and defend humanity and also to distribute their powers among us.

The Third Triad or Sphere

On the first level of the third triad (or the seventh choir overall) reside the Principalities. They are known as angels of time and personality. Their job is to carry out the orders of the Dominions and work with those in earthly leadership positions. Assistance with human and animal rights, global reforms and equality for all are among their main priorities. Invite them in when working on serious issues that affect all of humanity.

The Archangels are extremely fond of humans and love to make contact with us. They reside on the eight choir or second level of the third triad. Sometimes called Angels of Fire, this group has the capability to move among several levels in the angelic hierarchy depending on circumstances and need. The most famous Archangels are Gabriel, Michael, Raphael, and Uriel, but there are actually a total of seven with the addition of the lesser known Raguel, Remiell and Sariel.

Finally the ninth choir (on the third level of the third triad) belongs to the angels. The angels often consider humans to be greater than them because we chose the challenge of descending into a physical body and taking form. For that reason among others, the angels do their utmost to assist us in any way possible. However they are generally not allowed to interfere, so we must call on them for aid. When we do, they walk with us through every aspect of life. Make sure you connect with them!

The Sinister Case When Exorcism Turned Husband Into a Killer