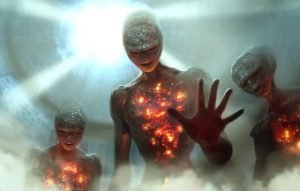 The abductee, Julio Platner, a farmer and businessman of the small town of Winifreda, went through a nightmarish experience after a routine visit to the estate of a friend.

Winifreda was then a village of 1,700 inhabitants, is located 670 kilometers from Rosario and 45 kilometers north of Santa Rosa, capital of La Pampa province.

Like most residents of this little town, Julio Platner, 33 years old at the time, he devoted himself to the business of growing grain. It was a simple man of few words who rarely read the news.

On the afternoon of August 9, 1983, Julio Platner visited the estate of Antonio Fisher, located about 10 kilometers from the town of Winifreda, because of a cereal sale he made.

They had a friendly chat that lasted longer than anticipated and around 7:30 P.M, Platner decided to go home. Fisher led him to where he had parked his truck and before leaving he asked Platner to make sure to lock the gate before leaving to prevent the horses from leaving the estate.

While Platner was heading towards the entrance of the estate, he saw a reflection among the trees, but Platner ignored this reflection.

When he reached the gate, he got out of his truck to close it and suddenly he saw a bright light mass lunging toward him, it seemed like a welding light and produced a sound like of a turbine. Instinctively he tried to cover his face with his right arm, but lost consciousness.

When his consciousness returned, he found himself on a stretcher or a chair, similar to the one the dentists use, surrounded by four beings who were watching him closely.

He saw the room was spacious and spherical, with no noticeable corners and the walls looked like they were padded because in certain parts he noticed something as packages. The place was well lit, but Platner could not identify any conventional light source.

To his right he saw a window, which he noted for its brilliance in contrast to the rest of the environment that was more opaque and showed no details. Platner estimated that he remained in that room for about 5 minutes.

The beings who were with him had an anthropomorphic form, an estimated height of 1.60-1.70 meters. Two of them were in front of Platner and the other two on each side and slightly behind him.

One being had breasts, so Platner identified it as a woman. She was holding Platner’s right shoulder with her left hand.

The eyes of these beings were large, round, fixed and had no eyelids, instead of being plunged into a cavity, they protruded from the face and Platner said that in the center of each eye there was another eye on top of the other eye. The lips were thin, similar to those of humans and the nose was flat and had two small holes.

Their movements were smooth and slow and that gave Platner the feeling that they were sliding instead of walking. Platner described the costumes as one piece fitted to the body of a gray-green color but gave him the impression that it was integrated to the skin without seams or edges.

Platner, who tried to communicate, could not make any sound nor he could hear what the beings were saying when they were moving their lips.

He said the female being telepathically informed him that he could tell others what was happening to him, but also assured him in advance that not everyone would believe him. Then a second message urged him to calm down.

Platner remembers a complete silence, the temperature was quite normal and that he could not feel the hand that was on his right shoulder. At one point, he tried to get up, but his head hit a barrier that he could not see.

“It was a room…somewhat spherical, covered by wall coverings, what I’d never seen before. It was as bright as day, but I couldn’t tell where the light came from, because there was nothing – no bulb, no light, no source. It was bright, very bright; with a terrible sense of calm. It almost made you want to spend the rest of your life there.”

He does not remember being hit, but instead felt paralyzed. Watching his own body, he realized that they had taken off his jacket and sweater, he still had his watch on his hand and his shirt on, but the sleeve of his left arm was wrapped.

The female being kept her left hand on his right shoulder and the other beings applied on his left wrist a transparent tube of about 20 centimeters, with a flexible end terminating in a sphere. Then one being moved the object on the surface of his left arm and stopped at the cubital fossa.

The tube was filled halfway with blood, according to Platner, it seemed to rise like a swirl. After the extraction, he was urged to stand up, that made Platner uncertain. The last thing he remembers is that the beings suddenly disappeared.

Platner regained consciousness inside his truck. About 45 minutes had passed since the blaze of light that fell upon him. He was sat with his hands on the wheel and recalled:

“I was not missing anything. I had my watch on my hand and was fully dressed again. I even had the jacket closed halfway as before, something that caught my attention because the zipper had a defect on the bottom and it was difficult to move.

“The key were in place, but the engine was turned off, same with the headlights, which were previously on. The car started smoothly”.

He immediately recognized the landscape and realized that he was on a dirt road about 17 kilometers from the gate of the estate of Fisher. Then he remembered that Fisher asked him to close the gate, so he returned to the place to close the gate.

Platner said that after he went out to close the gate, he became aware of the strange experience he had lived. He stood in front of the headlights of the truck and saw he had marks on his left arm, where blood was gushing.

Platner got into his truck and went to his workplace in Winifreda. He arrived to Nervi S.A. at approximately 8:30 P.M, but did not tell his coworkers what happened. He remained there until 9:00 P.M and then went home.

His wife noticed he was upset, due to her insistence to know what happened, Platner told her what happened. She advised him to visit Adolfo Pizarro the next day, the family doctor.

Dr. Pizarro examined the marks and found that the wrist injury seemed like a simple scratch. The mark that appeared in the cubital fossa was a puncture in a vein similar to the extraction of blood ones.

The doctor believed the puncture did not seem to have been produced by a common syringe, as several small holes were seen and the marks on the surface showed no evidence of a hematoma.

Dr. Adolfo Pizarro and his Significant Testimony: “I was impressed by what seemed to be smaller holes than those produced by a needle, no matter how small the gauge. It was produced by something strange, as if something had been sucked without anything rigid or metallic being introduced.

“That was the impression I was left with. There was no spillage of blood; that is to say, when a blood draw is incorrectly done, when the vein is improperly punctured, there are some impressive hematomas left behind. There is absolutely no sign of that. Let us say this corroborates the fact that the vein was opened. A properly done blood draw should leave this mark, and not the other.

“The other, from what Julio told me, could have been a failed attempt at extracting blood. Among us, it is perfectly acceptable to have to find the vein twice in a chubby person. It is strange, though, that these people would have to searching for the vein. The difficulty of accessing the veins occurs in this fellow, who is chubby. Two different things may have happened. I don’t think they only drew blood.

“I noticed that he was very sure of himself, perhaps somewhat excited, but he impressed me as being truthful, like someone who’s undergone a real experience. It had the hallmarks of a true event, a factual one.”

Julio Platner still lives in his hometown Winifreda where the experience occurred. Platner is married to Maria Eva Schreiber, father of Ariel, Miguel and Diego, and grandfather of Fiama, Felipe, Camila and Martin.

“I wanted to talk to them, ask them who they were, what they wanted, but I realized that when I thought about it I had instant answers telepathically.

“They told me to be calm, they said that this that was happening to him was something common in the world. My life did not change at all, I kept working, doing my thing.

“You know? I think there are civilizations way more advanced than ours and that somehow they watch us, they look at us, they study us, and perhaps one day they will appear to the world. No, I’m not waiting for that.

“Sometimes people ask me if I am the man from that UFO case, but nothing more, sometimes UFO scholars come back to me asking for my testimony as well.”

The Giant UFO Over Edge Lane