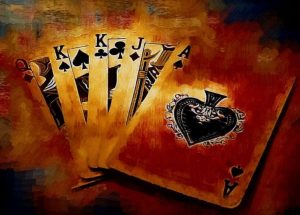 To this day, the Alice murders remain the unsolved mystery of Japan. Between 1999 and 2005, a series of five murders occurred, after each of which the killer left an ominous sign at the crime scene.

The first victim was Sasaki Megumi, a 29-year-old woman who owned the restaurant. She was known for being a great cook and devoted to her work.

One night, Megumi attended a party at her friend’s house and then decided to return home.

According to eyewitnesses, she was too drunk to go by car, but even after several people offered her to take her, she refused. She left the party at 1:00 am, it was the last time she was seen alive.

The next morning, a couple walked in the woods, about a mile from Megumi’s house, and on an overgrown path came across a huge stain of blood. They followed the trail of blood and found Megumi’s body. She was torn to pieces, and various parts of her body hung here and there on the branches of trees.

The second victim was a young man named Yamane Akio. He was a singer in a little-known band, which mostly played in bars and on parties. Friends described him as the kindest soul, who never raised his voice outside the stage. After his death, his group broke up, not wanting to look for a new vocalist.

Akio was abducted from his flat in February 2001. His group friends were the last to see him alive.

When the police investigated footage of the security camera installed in the building where Yamane Akio lived, they saw a man with a hood penetrating the side door of the flat. A few minutes later, the man got out of the building, carrying in his hands a white garbage bag, which bizarrely moved. The stranger could not be identified, as his face was completely hidden.

A week later, at the bar, where Akio’s group often performed, the bar owner opened a restaurant in the morning and discovered a terrible find. At one of the tables was the body of Akio. His vocal cords had been ripped from his throat, and he had been shot in the head. His hand clutched a card with a king of diamonds.

The third victim was a teenage girl named Kai Sakura. She was very pretty and kind and well-loved by her classmates and relatives. Her body was found two days after her abduction, buried in a shallow grave. The murderer marked her grave by sticking a large stick into it, with a playing card stuck to it. It was the queen of clubs.

Sakura’s body was horribly mutilated. Her eyes have been carved from her body, her skin was cut out, and someone skinned her alive. Also, a crown was sewn to her head, and there was a note on her body. It contained many mysterious and incoherent phrases, such as “Death is a distorted dream”, “it will always rule” and “the one who died is lucky”.

The last victims were brother and sister Oshiro, a girl named Hina and her younger brother, Hayato. On April 4, 2005, both children were found dead in their beds with punctures in their hands.

The killer injected them with a lethal injection. Each child had a half-card from a heart of ace in his hand, which connecting them could read the word “Alice”.

Shortly after the death of Oshiro’s children, a homeless man by the name of Suzuko Yuuto was arrested on suspicion of murder. In the past, he had mental problems, and he stated that he did not remember what was happening to him at the time when the murders were committed.

The main evidence of his involvement in crimes was the coat he was wearing, which, as it turned out, belonged to Yamane Akio. Examination confirmed that the red spots on this coat are Akio’s blood. When the police pressed him against the wall, presenting this evidence to him, Yuuto began to rave that this coat was given to him by a “demon man, dressed in black, who had no face”.

But in the end, police had to let go of Yuuto. There were many witnesses, who confirmed that he was in a shelter five miles from the place where Sakura was completely killed at night.

The police did not manage to find other suspects and the case remains unsolved to this day.

Boston Strangler: A Serial Killer Who Probably Never Got Caught