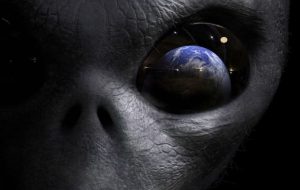 Humanity is actively developing its technologies to answer one of the most important questions: where is everyone? Experts have put forward many hypotheses, and soon the day will come when a clear answer will be received.

Scientists are currently trying to figure out some details about possible existing civilizations. Astrophysicist Carl Sagan noted that aliens are very likely to be radically different from us, including in terms of technological progress.

The only thing, he did not mention the possible age of civilization and whether the aliens would even want to come into contact with us. Astronomers, who used statistics in their work, decided to answer these questions.

According to the findings, any extraterrestrial civilization is older, and much older. Some may be billions of years old. This result was obtained using the exponential distribution method.

Calculations have shown that the minimum age for aliens is twice ours. It doesn’t matter how old humanity is: in any case, the number will be twice as large. For example, if we set the age of our civilization as 12 thousand years, it means that aliens have existed for at least 24 thousand years.

If we have been looking for aliens for a century, then they can do it for at least two centuries. They have more advanced technology, but apparently they are not enough to find us. Or, the aliens may not want to make direct contact. There are many questions and theories, but there are no answers at all.

If we have been looking for aliens for a century, then they can do it for at least two centuries. They have the best technology, but they are clearly not enough to find us. Or, the aliens may not want to make direct contact.

Duration of the human body’s total decay has been determined