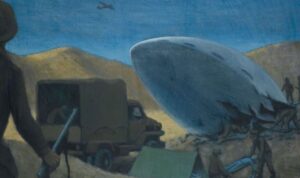 Some skeptics would have you believe that the Roswell UFO crash set the trend for reporting this type of strange event. But that’s not true.

Unidentified objects had been falling from the skies years before that. Here are 6 of the most intriguing cases.

A good 50 years before the Roswell event started the craze, a large UFO allegedly crashed in the small town of Aurora, Texas. The object was silver in color and shaped like a cigar.

According to an article published in the Dallas News, the UFO had been steadily losing altitude when it struck Judge Proctor’s windmill. The explosion wrecked the windmill tower and scattered debris over several acres.

The article also reported that a well had been also damaged in the crash and its water tainted, leading the locals to bury it. 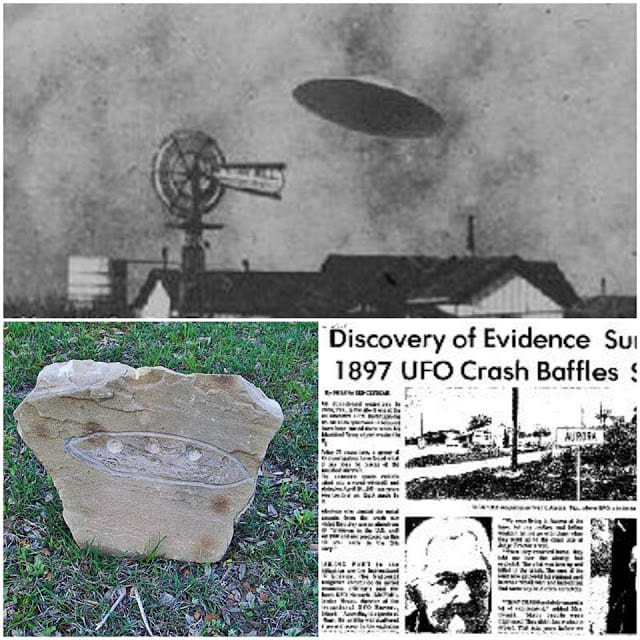 ”the pilot of the ship is supposed to have been the only on board and, while his remains were badly disfigured, enough of the original has been picked up to show that he was not an inhabitant of this world.”

A small ceremony was held at the local cemetery where the small alien body was buried. The tombstone was stolen in 2012 but from the existing photos one can clearly see it depicted a crudely-carved cigar-shaped object with portholes on its sides.

Unfortunately for everyone, at the time of the crash, a spotted fever epidemic was wreaking havoc in the area so the event quickly faded out of view.

Another interesting aspect is that in 1945, Judge Proctor’s property was bought by Brawley and Etta Oates. The entire Oates family began suffering serious health problems because they had re-dug the well. Before her death, etta became convinced the water was radioactive.

This unusual incident was reported in the May 2, 1897 issue of The Houston Daily Post and centered around a story told by one of the few men who had survived to tell the story – a Dutch sailor.

He had been part of the crew aboard a ship called Christine. In the autumn of 1862, following a storm in the Indian Ocean, the ship sank. The crew members who had been lucky enough to survive suddenly found themselves on a small, deserted island completely devoid of life.

While on the island, they witnessed an extraordinary event: a giant UFO fell from the sky, crashing into a jagged cliff. It was as big as a battleship and had four huge wings on its sides.

The men mustered the courage to examine the wreck and, amid the debris, found the bodies of several 12 foot-tall men with strange clothing and bronze-colored silky beards. This gruesome discovery was too much to bear for the starving, desperate men and some of them even went mad.

Only a handful of people survived until rescue came in the form of a Russian trawler, among them, the Dutchman.

While this might be nothing more than a sailor’s story, it makes for a very interesting one nonetheless.

In the 1960s, a Soviet investigation uncovered clues about a UFO crash landing that took place towards the end of the 19th century. Several witnesses reported that “a strange apparition flew into a village of the Stavropol province” and that its passengers had survived the crash.

“Three dark-skinned men came out of it. They were breathing hard, making signs and soon died since they could not breathe air. The village residents quickly pulled apart the thing in which they landed.”

As the investigation progressed, the officials began receiving letters corroborating the story. A woman named Irina Danilova recalled a story told by her grandfather, who had personally witnessed the event.

According to Danilova’s grandfather, the craft was shaped like an arrowhead and was quickly dismantled by the locals, who used the metal to manufacture household goods.

The bodies were “buried without cross or ritual.”

This report comes from noted UFO researcher Leo Stringfield’s book UFO Crash/Retrievals: Search for Truth in a Hall of Mirrors. Stringfield tracked down and spoke with the mother of Guy Simeone, a soldier in the 26th Infantry Division prior to the United States’ involvement into the Second World War.

In October 1941, Simeone was taking part in a military maneuver “in the Carolinas” when an unidentified object crashed in the area. Interests rapidly shifted towards recovering the “crashed round, metallic object” and “little dead bodies from space.”

The craft was taken to a nearby Army post. It measured about 15 feet in width and 10 feet in height and housed a control room with four seats. The silver UFO had otherworldly inscriptions both on its exterior shell as well as inside. 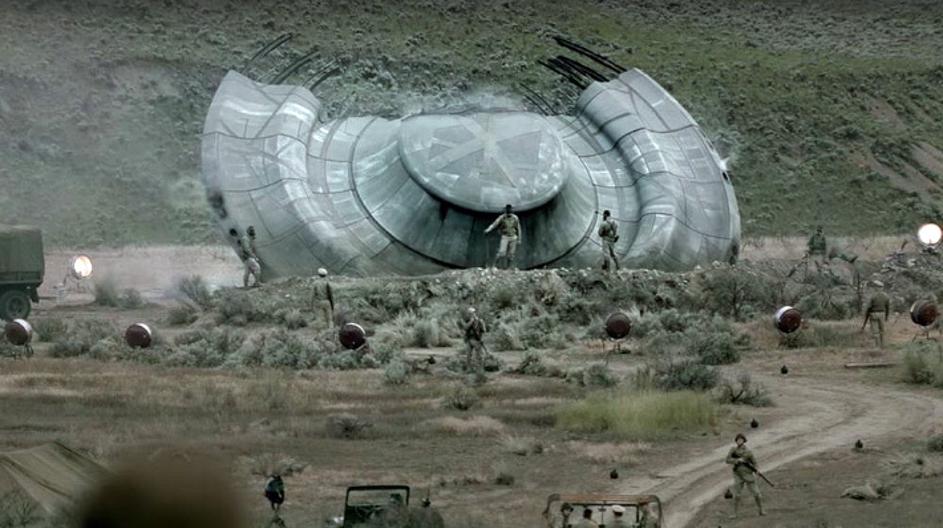 The four recovered bodies were described as small and with large, insect-like eyes.

Unfortunately, there is little evidence to support this incident, apart from the accounts of second-hand witnesses. Nobody knows what happened to the craft or the body of its passengers.

The June 8th, 1884 edition of The Nebraska State Journal ran an article about the crash of a mysterious object and subsequent retrieval of very unusual debris.

According to the journal, local rancher John Ellis and other locals witnessed a burning object similar to a meteor falling from the sky.

The men rode their horses to the crash site in order to investigate the incident. When they arrived, they found a large number of incandescent objects strewn across the crash site.

The objects were so hot and burned so bright that none of the men dared approach them. The ranchers resolved to come back the following day.

When they returned, the men noticed the objects were, in fact, mechanical parts resembling gears, wheels and propeller blades. All of them appeared to have been made from an extremely light and durable metal. No bodies were found.

Nobody knows what became of the wreckage.

Former intelligence officer and Flying Saucer Review editor Gordon Creighton launched an investigation into the crash of a UFO on British soil, at the height of the Second World War.

The craft wreckage was reportedly retrieved and studied by British authorities.

He learned about the incident from a 1955 article published in the Los Angeles Examiner by journalist Dorothy Kilgallen. 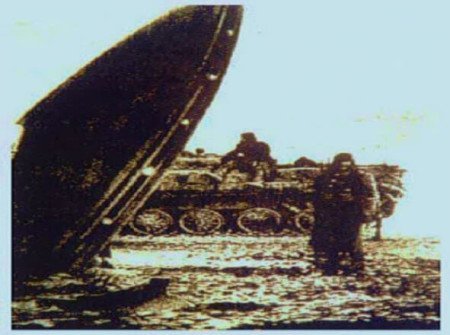 “I can report today on a story which is positively spooky, not to mention chilling. British scientists and airmen, after examining the wreckage of one mysterious flying ship, are convinced these strange aerial objects are not optical illusions or Soviet inventions, but are flying saucers which originate on another planet.

“The source of my information is a British official of cabinet rank who prefers to remain unidentified.

‘We believe, on the basis of our inquiry thus far, that the saucers were staffed by small men—probably under four feet tall. It’s frightening, but there’s no denying the flying saucers come from another planet.’

“This official quoted scientists as saying a flying ship of this type could not have possibly been constructed on Earth. The British Government, I learned, is withholding an official report on the ‘flying saucer’ examination at this time, possibly because it does not wish to frighten the public.”

After the article was published, Creighton attempted to contact Dorothy Kilgallen and ask for further information.

She died shortly after, leading the researcher to believe that “she had been effectively silenced.” But as it turns out, Kilgallen was not the only source of information regarding this incident.

Brazilian UFO researcher Olavo T. Fontes also claimed to found out about this retrieval from sources inside Brazil’s Naval Intelligence but had only sparse details.

Another interesting detail was revealed in 1988 by former CIA pilot John Lear. His sources revealed that the UFO had been “strapped to a Boeing B-17 and transported to the States.”

It seems the British Government managed to keep a tight lid on this enigmatic crash, because nothing else is known about it.