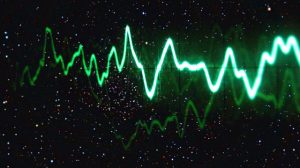 As you read this countless of unexplained frequencies, signals and sounds are going invisibly through the air all around you. And some of them are absolutely unnerving.

Sometimes somebody will record these sounds, either accidentally or purposely, and listening to them will start to make you question “what the hell is really going on on this planet?” Are we being contacted by ET, AI, a higher power? Are the sounds paranormal? Or are they simply some top secret government experiment?

The following are five amazing and mysterious recordings that cannot be explained:

Unexplained Sounds in Colorado Prior To Earthquake

These sounds were captured by two hikers in August 22, 2011 right before the Colorado earthquake, which a hit a 5.4 on the Richter scale.

The sounds appear to be omni-directional and seem to have no single traced source of origin, leaving one with the impression they are coming from directly overhead or directly underneath the earth.

This audio comes from radio emissions that were discovered by radio wave detectors on board the Cassini spacecraft as it passed over Saturns rings in 2004.

It sounds a lot like an alien spacecraft, doesn’t it? Scientists cannot explain the source of this signal. In fact, NASA’s official response to this file is, “A most intriguing file, we don’t know what to make of it.”

The Wow! Signal: SETI’s Best Candidate For An Alien Transmission

A signal received by a SETI telescope in 1977 may be the best evidence yet for extraterrestrial intelligence. This narrowband radio signal was detected by Jerry R. Ehman, while working at the Big Ear radio telescope in Ohio.

The signal lasted 37 seconds and was shot to Earth from one of the emptiest places imaginable in the local space neighborhood. How did a broadcast from a point in space where there are no planets or solar systems reach earth? Well, the only explanation would be a spaceship.

If there’s no sound in space, then we may need to redefine what sound is. These recordings of Jupiter’s atmosphere would make the perfect soundtrack to any David Lynch film.

The charged electromagnetic particles from the solar wind and planetary magnetosphere are what cause these sounds. They are, for lack of a better word, creepy as hell.

The Exorcism of Anneliese Michel

Anneliese Michel was a German Catholic woman who was said to be possessed by demons and subsequently underwent numerous exorcisms.

The plots of The Exorcism of Emily Rose, Requiem and Anneliese: The Exorcist Tapes are all based on a her story. But was she really possessed?