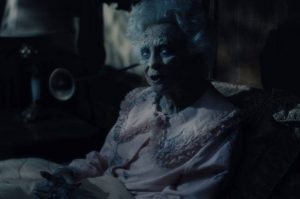 About a year ago me and a few friends moved into a house in Brisbane. Most houses in Brisbane are two story things with huge verandahs and lot of underneath space (cause it’s so hot, a breeze under the house causes the upper floor to cool down).

When we first inspected the house, we were all so amused by the next door neighbors swimming naked in their pool that we really didn’t pay that much attention to the house.

It was a nice house, obviously had someone living there for a long time with a thing for renovation. The all-round verandah had been closed in to create extra living space and the kitchen extended and so on.

The first day we went to move in, I wandered into what is now Danny’s bedroom. I kind of was just looking around when I saw a red ball on top of the cupboard and for some reason I just knew implicitly that the house was haunted. The ball belonged to the ghost. But I didn’t care, it was just a ball and ultimately, I don’t really believe that much in ghosts. So I ignored my feeling. I didn’t, however, choose the room for my own. I got the smallest one that I didn’t get any feelings in.

After a couple of weeks, the feeling around the house began to grow on me until one day when I walking back from the shops with Bronwyn, my other flatmate, I tentatively broached the subject of the house being haunted. She sighed in relief and told me that sometimes when she was alone in her bedroom, she heard a woman talking to her, or trying to talk to her.

Later that night, when Danny got back from band practice, we both asked him if he’d noticed anything and he told us that sometimes he had woken up in the night seen an orb of pale light drift from the verandah room through his room and into the toilet. He also saw some blurred sections of his room when the lights were off that moved around.

Over the last year or so, none of our friends would sleep in the verandah room or in the front room. Some knew about the ghost and were too scared, others didn’t believe in it until they’d woken up and seen something moving around the house. It was never harmful or destruction or frightening in any way. We kind of all believed it was a harmless elderly lady who’d probably spent most of her life in the house and just wasn’t ready to leave it behind to a bunch of young people. Because I’d chosen a room I knew she never went into, it didn’t bother me at all and the friends to scared to sleep out in the lounge room would sleep in my room on the floor.

A couple of weeks ago, Danny was watching tv in the lounge room when he fell asleep (as he often does). A bit later he woke up because someone was poking him in the chest. Thinking it was me, he swore at me and told me to leave him alone and that he’d go to bed shortly. The prodding continued until he woke up and no one was there.

About a week ago was when it personally affected me. For the week preceding the 24th February, everyone in the house had been sleeping badly. Everyone put it down to the Brisbane heat and so it wasn’t a big deal. Then, on the 24th, I woke up at 3am. I didn’t know why, but I couldn’t get back to sleep. I went to the toilet and that was when I felt something … I don’t know, just felt something and I was terrified. It was the same nameless terror I felt as a kid when I was convinced there was something under my bed.

I hurried back into my bedroom, thinking it was safe there, but something was there too. For the next hour and a half I lay there, reliving that terror of that nameless, shapeless fear. I eventually picked up a book and tried to read it, but after a while, I felt too sleepy. As soon as I turned the light off, the feeling came back and I couldn’t sleep at all. At about 4:30, the feeling suddenly went away and I fell asleep.

When I got up, I told Matt who was having a smoke on the back verandah how I hadn’t had much sleep that night and how I’d been scared witless for most of the night. I told him I didn’t get to sleep until about half-past four or so.

He got a weird look on his face and said, have you checked the clock in the lounge room? I had a look and weirdly enough, it had stopped at 4:25 that morning. It could have just been a coincidence, the batteries could have run out at that exact moment, but… when a battery clock runs out, it’s kind of noticeable for a few days beforehand as the charge runs out. Up until about 12 that night when I went to bed, it was still working perfectly. I don’t know.

It could be unrelated but I can still remember the irrational and childlike terror I felt that night and how it suddenly went away at the same time the clock stopped.

Statistically, most old people who die in their sleep die in the hour before dawn or shortly after. I can’t help but feel that the old lady in the house died on February the 24th, and the clock stopped at the moment she did. After that, everyone in the house went back to sleeping fine and nothing else has happened. But I suspect, once this time of the year is over, she’ll be back and watching over us.

“Is anyone there?”: My Haunted House Story