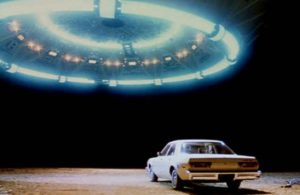 January 6, 1976 was Mona Stafford’s 36th birthday. To celebrate, she and her friends Louise Smith and Elaine Thomas decided to drive thirty-five miles from their home in Liberty, Kentucky, to have dinner at the Redwoods Restaurant, between Stanford and Lancaster, Kentucky.

Louise Smith was driving them in her ’67 Chevy Nova. The three women had an enjoyable dinner together. None of them drank any alcoholic beverages with their meal. At about 11:15, the trio headed back home, expecting to be home by midnight.

At Stanford, Kentucky, nine miles from Lancaster, they turned off Highway 27 and onto Highway 78 towards Hustonville. Just outside Stanford, a curious thing happened.

A bright red object appeared in the sky, which Mona Stafford at first thought was an airplane on fire. As the object descended from the right side of the road to a point ahead of them, they could see that it was not an airplane, but a huge object bigger than “two houses.”

The object stopped about a hundred yards ahead of them, stretching across the road on both sides. It rocked back and forth for a couple of seconds, and then moved off to the left. They kept driving, and assumed that whatever it was had kept going.

However, after they had been about a quarter of a mile, a blue light appeared through the rear window of the car. At first, they thought it was a highway patrol car with its lights flashing, but soon they realized that the flying object had circled around and had come up behind them.

Suddenly, something wrested control of the car away from Louise Smith. The car accelerated even though Mrs. Smith took her foot off the accelerator, and the speedometer was soon on 85 mph. Mona Stafford, in the front passenger seat, tried to help Louise regain control of the car, but it was not possible.

The women began to feel a burning sensation in their eyes. The ignition lights lit up on the instrument panel, an indication that the car’s engine was stalled, but they were still speeding along.

They saw a wide, brightly lit road ahead of them, and then, seconds later, the scene became Highway 78 and they recognized they were on the outskirts of Hustonville, a full eight miles from where they had just been. Checking the time, they found that, incredibly, an hour and twenty minutes had passed.

They arrived at Louise Smith’s trailer in Liberty at 1:25 am, almost an hour and a half late. They went inside to collect themselves and found that they each had a red mark like a burn on the backs of their necks, and they all had burning, irritated eyes.

Louise Smith went into the bathroom and removed her watch to wash her face. She saw that the hands of her watch were spinning at a much higher than normal speed. When she splashed water on her face, she found that contact with water caused pain in her hands and face. 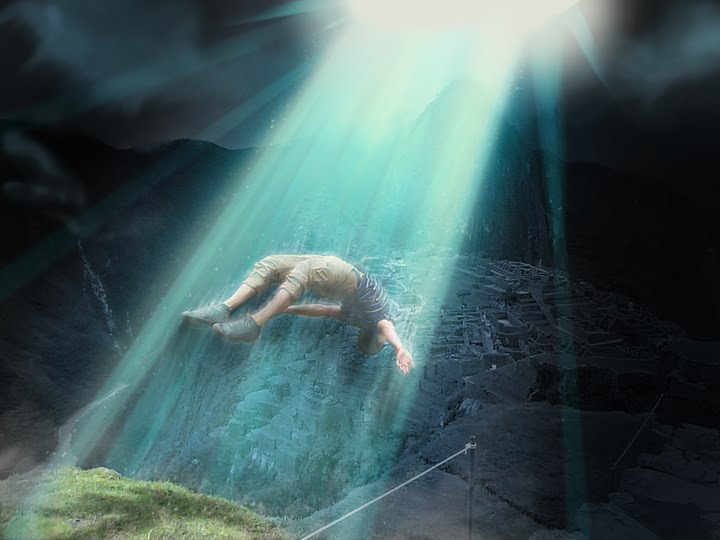 They went next door, to the home of Mr. Lowell Lee, and told him what had happened. He had them separately sketch the object they had seen. The sketches were extremely similar, if not identical. They called the police and the local navy office, but neither showed any interest in their story.

In the days that followed, Mona Stafford had more problems with her eyes than did the other two women, and she sought medical help for severe conjunctivitis. Louise Smith’s pet parakeet was now inexplicably terrified of her and the bird died a couple of months later. Smith’s car also began to develop mysterious electrical problems.

The navy office reportedly gave information about the story to the news media, and the story was soon in the newspapers. Hearing of the case, Jerry Black of MUFON set up an interview with the three women. J. Allen Hynek of CUFOS and Jim and Coral Lorenzen of APRO also investigated the case.

The investigators found that other individuals had independently reported sightings of a UFO in the Casey and Lincoln counties that same night. Dr. R. Leo Sprinkle of the University of Wyoming heard of the case and flew in, and on March 7, 1976, he performed a preliminary hypnotic regression of the women.

“In my opinion, each woman is describing a “real” experience, and they are using their intelligence and perceptivity as accurately as possible in order to describe the impressions which they obtained during the hypnotic regressions session.

Although there is uncertainty about their impressions, especially in regard to how each person could be transported out of the car and relocated in the car, the im pressions during the “loss of time” experience are similar to those of other UFO witnesses who apparently have experienced an abduction and examination during their UFO sighting.”

In July of 1976, Lexington Police Department detective James Young separately gave the three women lie detector tests regarding their experience. They all passed with no problems. Later that evening and continuing into the next day, extensive hypnotic regression of the women was performed by R. Leo Sprinkle.

These sessions were similar to the story of Betty and Barney Hill in that they revealed that during the period of missing time the three women were taken on board the object they had seen. While there they were medically examined by shadowy beings that they later identified as being similar to depictions of aliens.