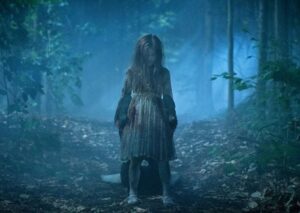 Kids say the darnedest things, don’t they? Or sometimes they ask the most unusual and silliest of questions. Other times they scare the hell out of you with something so creepy you believe they’ve been possessed by a demon.

When you think of kids you think of playful little ones with crayons, not kids that come up with creepy/disturbing sentences you wouldn’t expect to hear from Rosemary’s Baby.

I’ve looked around and found 15 of the most frightening and sinister sentences kids have ever said to their parents or loved ones. I hope you’re sitting down…

1. My five-year-old has stuck to this same story since he was 3: “I remember my last mom and dad died and then you found me, remember? I was on the side of the road when you found me as a baby. I had a little sister before but she’s dead too.”

2. My 3-year-old daughter said to me one day, “You are the best mommy I’ve ever had,” to which I replied, “I’m the only mommy you’ve ever had.” She then said: “Yea, that’s what the other mommies said too.”

3. One time we were driving and we saw smoke and heard the firetrucks heading towards it. I said, “Wow there must be a fire somewhere nearby.” To which my son replied, “I still remember the day I died in a fire.”

4. “Mommy, can you cut someone’s tongue off without killing them?”

5. “Mommy, the lady in the white car is ok, she didn’t die she had an angel with her.” An hour later I turned on the news and there was an article about a lady in a white Cadillac that drove off the Portland bridge but swam to safety. She reported seeing a bright light that broke her window and urged her to swim. Emergency personnel said the lady should have drowned. 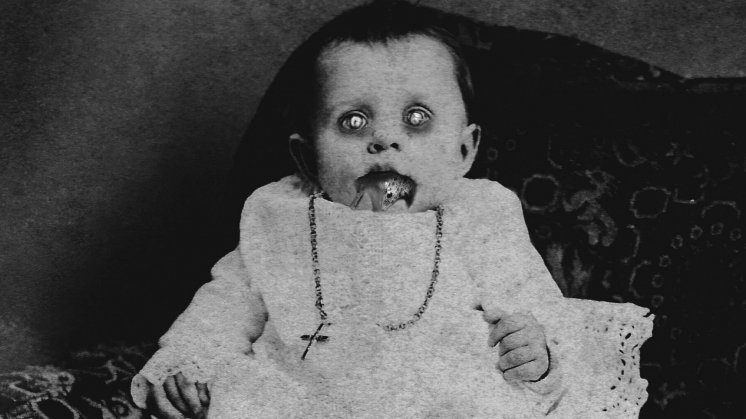 6. I was babysitting my cousin one time and she decided she wanted to braid my hair. We were sitting in front of the mirror but thru the whole time, she kept looking at something over my shoulder in the reflection. There was nothing there, but after 10 minutes of none-stop staring, I asked her what she was looking at. “The tall man behind us says he wants to play with you.”

7. My daughter had an imaginary friend called “Sally.” She told me one time about how Sally was in jail for chopping her mom’s head off.

8. My kid suffered from night terrors and would scream in her sleep. So on one particular night, I decided to stay with her and said, “Mama is here, you’re ok.” She turned to me (still asleep) and said, “But mama, who’s that behind you?”

9. My mom told me that when I was 3, I would stare into thin air and one day she asked me, “What are you looking at?” “A girl, mommy,” I replied (my mother being a ghost believer) she asked me what does she look like? “She’s white mommy, then she’s black, then she’s white then black again.” My mom did some research and apparently a young girl died in a fire in the same house. She was burned alive.

10. Right before going to bed one night, my kettle started going off without a reason. My son the following morning wakes up and tells me, “I’m sorry, mommy. Alfie can be naughty sometimes, but he usually checks to see if you’re asleep before he comes out to play.”

11. When my daughter was 3 she had an imaginary friend named Victoria. She would do the usual things, play with her, talk etc. But right before we were getting ready to move my daughter told me, “Victoria wants to know why she can’t come?” I followed along and told her that she needed to stay here to play with new kids. My daughter then looked at me and said, “Victoria wants to know if she’s not going because she’s ugly and has a hole in her forehead.” I froze in terror.

12. When we were getting ready to move to another country, my son was very sad. He told me he was going to miss everyone, but most of all he was going to miss George. “George? Is that a new friend from school?” “No. He’s the man that crawls out from under my bed at night.”

13. I was babysitting my niece one time and my sister had a big house with a big window that leads to the back patio. At that time, there was nothing but trees and wilderness before they started to build new houses. My niece got closer to the window and just stared at it without moving a muscle. I asked her to come play with me. She turned around very slowly and said, “Do you see them, aunt Maggie?” “See who, honey?” “The people, the people hanging from the trees.”

14. After kissing my husband in front of my daughter, suddenly out of nowhere she looked at us and said. “Karina says to stop kissing him! She’s going to kill you if you don’t stop, she says daddy belongs to her.” Stunned, my husband and I looked at each other while our daughter walked away. My husband’s ex had died 3 weeks prior to this. Her name was Karina.

15. When I was a kid (my mom told me the story when I get older) we went to this old mansion where they were having some sort of estate sale. There were a lot of items up for sale, and while my mother was on one side browsing, she said she told me to sit down and stay where I was. Right next to me, there was a table full of crystal stuff and a lady started to tell me to be careful with them because they were her favorites.

My mom comes back and asked me who was I talking to. I told her I was talking to a lady, and she had told me to be careful. On our way out the person in charge of the sale escorted us out. I stopped and looked at a painting on the wall and told my mom, “Look, that’s the lady I was talking to.” The lady in charge told my mother it was impossible since the lady had passed away and that was the reason the sale was being held.

Has your kid ever said anything creepy to you that stopped you dead in your tracks? Please share it with us.