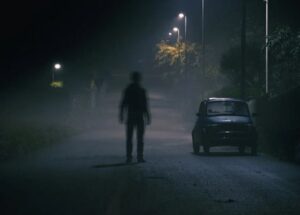 Internet users discuss an unusual phenomenon in the cemetery: Tesla’s autopilot recorded a person near the car, although there was not a soul around.

The driver filmed what was happening and posted on Twitter. The footage shows that the car is on the road in the middle of an empty cemetery.

At this point, the system indicates that a silhouette is standing next to the car. Then the “man” moved away from the car and disappeared.

Users began to assume that technology has reached the other world. The driver thinks to return to the cemetery and look for the “ghost”, but does not risk it yet. He admitted that he was a little scared.

Glitch or modern technology see much more than we do?

Oxford Scientists: Probably aliens are in a state of suspended animation