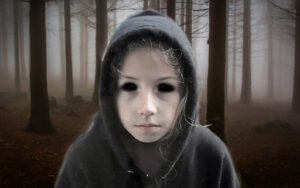 It was warm for a December afternoon in Hutchinson, Kan., when Katie came home from work in 2008. Katie’s ride dropped her off across from her duplex, and as she stood in the street, her ride moving slowly away, she knew something wasn’t right.

“I noticed two boys standing in my driveway,” she said. “One had longer dark hair and the other had his hood up so I couldn’t see him very well.”

The teenagers, about 15 or 16 years old, seemed to be watching her – Katie felt they were waiting for her. She steeled herself and walked nervously across the road toward her porch. The boys had lurked around her neighborhood for months, but they’d never been so bold as to stand this close to her home.

“I had seen them before, lingering in the yard, but they always left before I got out of my ride’s car,” Katie said. “I had seen them late at night as well standing across the street when I would go outside to have an occasional late-night cigarette.”

But, although pangs of unease told her to run, their boldness angered her. She stopped and asked them why they were on her property.

“They told me they needed to use a phone and that the neighbors would not let them in,” she said. “That was when I noticed their eyes – they were coal black. Just black. No white and not even a hint of iris or pupil.” 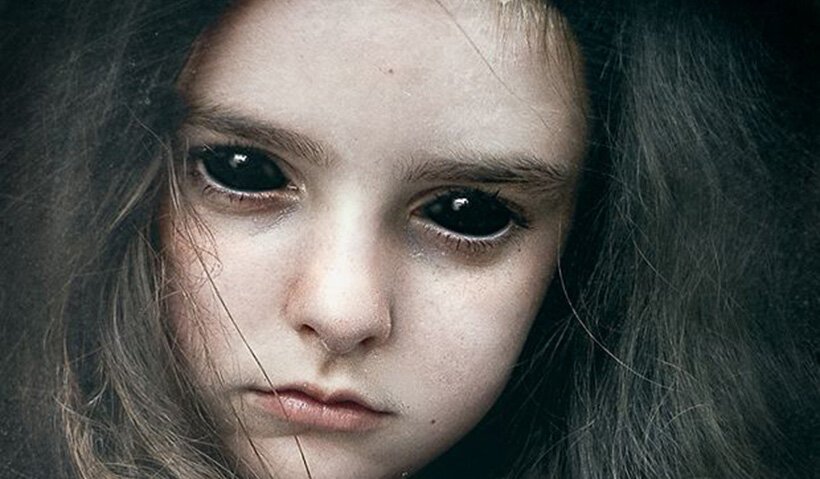 Fear shot through her, but as evenly as she could, Katie told them she didn’t have a telephone. Katie walked up her porch steps and began to unlock her door when the boy in the hood spoke.

“He asked if they could come in for a glass of water,” she said. “I turned to look at them again thinking maybe my mind was playing tricks. But no, when I turned and looked into their eyes they were pitch black as the first time.”

These children with dead, black eyes had spoken softly to her, emotion and vocal inflection absent from their words. As she looked at these boys, whose long hair and hooded sweatshirts she felt hid more than skin, she knew she had to get away.

“I felt panicked and fearful but also very vulnerable and cold,” she said. “It was like I wanted to let them in but I knew there was evil present. I had felt uneasy before seeing their eyes but now it all came out.”

Then one boy said something that turned her fear into complete terror.

“The hooded one then told me they couldn’t come in unless I told them it was OK and that they hoped I would because they were thirsty,” Katie said. “I opened my door and darted inside. At this point I shut the door and locked it.”

She dropped onto the couch, her breaths coming in short, heavy gasps, when something tapped on the window behind her head.

“One of the boys stood there staring through the glass,” Katie said. “I remember his words very clearly; ‘just let us in, miss. We aren’t dangerous, we don’t have anything to hurt you with.’ I was beyond frightened at this point.”

Katie jumped off the couch and ran through the duplex, checking doors and windows to make sure they were locked. 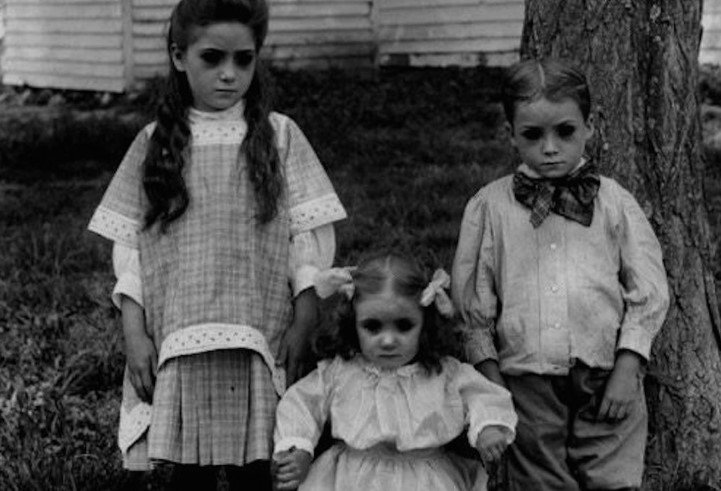 “I did wonder if they really couldn’t come in unless invited but I didn’t want to find out,” she said. “I sat in the living room silently waiting for a sign that they had gone.”

When her boyfriend came home a short time later, the black-eyed teens were still at the house.

“(He) asked if I knew who the two boys outside were and I said ‘no,’” Katie said. “He told me they had been standing in the driveway when he pulled up but walked away when he stepped out of the car.”

He didn’t notice the boys’ eyes, but “they gave him a strange feeling.”

Katie later asked her neighbors if the black-eyed children had asked to use their telephone like they had claimed. The neighbors noticed the teens standing in Katie’s driveway, but never spoke with them.

Although it’s been more than a year since Katie turned the black-eyed children from her door, she knows they’re still around.

“I still see them every now and then standing across the street watching,” she said. “But they have not approached again.”