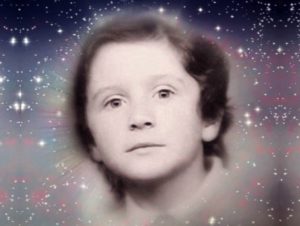 A ten-year-old schoolboy named Slava Krasheninnikov was endowed with a miraculous gift of predicting the future and curing the sick. The boy has been dead for fourteen years yet the ailing ones keep praying to him as if he were a saint.

Those who venerate his gift even ordered a special icon on which the boy was painted in the form of an angel. The icon was entitled “The Holy Youth Vyacheslav. Your reward shall be equal to your sufferings.”

People still cherish the memories of Slava Krasheninnikov, the little prophet and healer who died fourteen years ago. His grave in the city of Chebarkul became a place of religious devotion which attracts scores of pilgrims. Hundreds of sufferers come to visit Slava’s mausoleum every day.

They lay flowers at his tomb and kneel down to pray. Many scoop out some earth from his grave and put it in their pockets. Rumor has it that the earth can cure lots of ailments…

Slava Krahseninnikov was five days short of his eleventh anniversary when he passed away. The boy had become a local celebrity by the time of his death: he is said to have had an amazing gift for telling the future, diagnosing diseases and curing them.

Slava never charged a single penny for the services rendered to his patients. His help was gratis. “I’ve got a god-given gift. And I must use it gratuitously for the sake of those in need – it was a message I received from above,” Slava told his mother one day.

Once he found a crumpled ten-dollar bill in the pocket of his coat. Apparently, one of his patients must have put it there stealthily in gratitude. Slava made an effort to ensure that the money was given back to its owner.

Sufferers would stand in line every day near Slava’s house, waiting for his help. Slava never fell short of their expectations. He helped, healed and comforted those afflicted with mental or bodily pain.

Slava predicted his own demise six months before he closed his eyes forever.

“I still don’t know why my son came to an untimely end,” said Valentina, Slava’s mother. “The doctors were unable to diagnose a terrible disease that killed my boy. One of them told me: ‘Looks like someone or something has sucked out his blood dry. We’re at a complete loss to determine the nature of his disease’,” added Valentina.

Slava kept helping people while in his deathbed in a hospital’s hematology ward. He was providing help to patients who regularly came to his room from the entire hospital.

Slava was barely conscious for three days prior to breathing his last. He kept saving other people’s lives anyway. But he could not beat his fatal disease.

“Lots of people come to visit Slava’s grave day in and day out,” Valentina said.

The earth on Slava’s grave appears to be freshly dug up. The boy’s parents have to add more earth to the grave on a regular basis. Pilgrims scoop a bit of earth and use it as a cure.

“People make a kind of pulp by adding some water into earth. They apply it as an ointment to the affected areas of their bodies. Many people come back to express their gratefulness. Even the minute particles of marble and small stones from the grave are known for their strong curative effects. They put the stuff in the water and drink the solution,” Valentina said.

Slava’s parents still keep a small chair their son used to sit in. Following Slava’s death, Valentina was going to dispose of the chair. 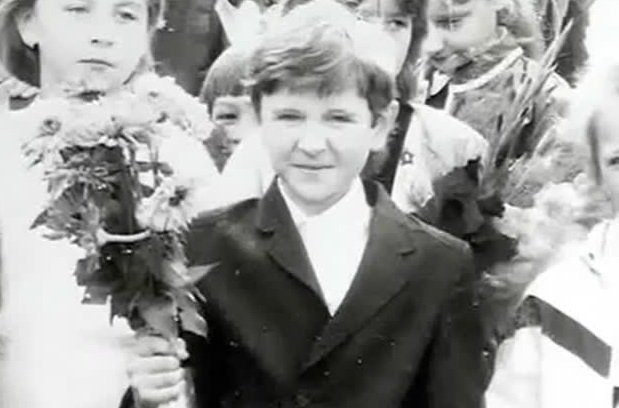 But she changed her mind after talking to a deeply religious woman. The woman talked Valentina out of discarding the chair. The boy’s mother is confident she did the right thing.

“The parents of terminally ill children come to my house almost every day. You know, they just can’t bring their offspring along, those children are too weak to travel. So they bring the photographs of their little poor creatures and place them onto Slava’s chair in a desperate attempt to ease their pain away. It’s a real miracle. I’ve been told that lots of those children got better afterwards. The number of those who recovered keeps growing, I’ve already lost track of their names and stories,” Valentina said.

A large number of icons were presented to the boy while he was still in the land of the living. The icons were brought from different countries and ancient monasteries. In fact, people keep bringing more icons to the house of his parents. The boy’s mother put some of the icons around Slava’s grave.

“A monk gave me an icon with the painting of Nicholas II two months ago. I took it to my son’s grave. Soon the people noticed that the icon had begun to ooze myrrh,” Valentina Krasheninnikova said.

Slava had repeatedly visited Holy Trinity and St. Sergius Laura in the city of Sergiyev Pasad. He met with a favorable reception at the monastery. Reverend fathers did not doubt the boy’s god-given gift. An icon bearing the face of Slava arrived at his former house two months ago. The icon was manufactured by professional icon painters.

“It’s a brand-new icon. I’ve already put it at the cemetery so that sufferers may touch or kiss it. I’m sure that Slava’s soul can hear the voice of every person who seeks helps. My boy will take care of every request,” Valentina said.