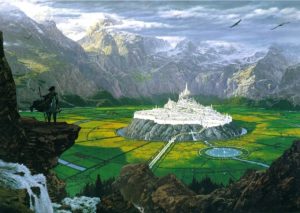 According to Hopi legend, Mount Shasta, an extinct volcano, is the home of the Lizard People. Some California AmerIndian Tribes considered the mountain forbidden because it was a city of invisible people.

Later, there were people who theorized that it was a portal to Lemuria, a 15,000 year old civilization, said to inhabit tunnels of dead volcanoes after their land was destroyed.

It’s an ancient lost continent, like legendary Atlantis, that predates known civilizations. There are debates as to exactly where Lemuria was located in the Pacific Ocean and whether it predated Atlantis or was contemporaneous.

In the 1800s, English zoologist Philip Scatler postulated that a land bridge linked Southeast Asian coasts and Madagascar to the Malay Archipelago during the Eocene Age, after Charles Darwin proposed his theory of evolution. He meant to account for why lemurs are found in these locations and dubbed the land Lemuria.

In 1870, former Bengal Lancer Colonel James Churchward claimed that a Hindu priest told him about ancient tablets containing information about a continent he called Mu which was destroyed by a volcanic eruption, tidal waves and earthquakes.

Some theorize that Lemuria was established by aliens known as Lemurians, a gentle, peaceful people.

The mountain is believed to be one of the seven sacred peaks on earth. Shasta’s legends include those about UFOs, aliens, angels, spirit-guides and adepts. Some people allege that Lemurians live in the subterranean city of Telos, an interplanetary and inter-dimensional portal.

Several documented cases of alleged encounters include the following.

1904: J.C. Brown, an explorer for a British mining company, reported that he discovered a cavern in the side of the mountain that held a giant skeleton with hieroglyphics on its walls.

1932: Edward Lanser sighted a clan of people garbed in white robes with a vast amount of gold that was living on Shasta’s higher elevations.

1934: Abraham Mansfield said he met a tribe of Lemurians who had dug tunnels connecting Mount Shasta with the Bluff Creek region.

The domed city is alleged to have five levels. The first level, with a temple that holds 50,000 people, is the center of education, administration, and commerce.

Other structures include government buildings, entertainment facilities, schools, palace for the King and Queen, spaceport, circular houses, manufacturing plants and hydroponics gardens where plants are grown in water and nutrients without soil.

According to some theorists, Telos has 1 1/2 million technologically advanced denizens. The inhabitants speak Solar Maru, allegedly, the root language of Sanskrit and Hebrew. People’s average height is 6 1/2 to 7 1/2 feet and they live up to thousands of years.

Telos is governed by King Ra, Queen Ramu Mu and a council of six men and six women. There is no money system because basic needs are provided. Trading is used for luxury items. The major spiritual activity is Ascension, involving visiting different dimensions, especially from the third to the fifth dimension.

History of Lemuria and Telos

According to one theory, the Age of Lemuria was from 4,500,000 BCE to 12,000 BCE. Aliens came from other galaxies to create a paradise. Approximately 25,000 years ago, Atlantis and Lemuria fought over ideas with nuclear weapons.

Lemurians believed less evolved society should be left to evolve in their own time; Altantians, that they should be controlled by the higher civilizations.

Much that has been written sounds like a work of science fiction written by Jules Verne or H. G. Wells. Meetings between aliens, Lemurians and humans? Domed underground city? The list goes on… But in 1972, according to some Lemurianists, the ruins of an underwater Lemurian city were found between Maui and Oahu, Hawaiian, which was covered up in a top secret U.S. Navy Intelligence project.

Japanese divers found the ruins of what’s believed to be a part of Lemuria off of Okinawa in 1995. Scientists, archaeologists and Lemurianists are studying the find and have come to the conclusion that the structures were made by humans of an ancient unknown civilization.

Thomas Edwin Castello, a former head of Dulce Base Security, allegedly, a covert highly secret military operation, claims that Telos and Mount Shasta is a place where Lemurian leaders, aliens and humans meet.

Some people believe the US Government is keeping important information about Lemuria secret. There were recent news articles about UFOs being covered up, so why not Lemuria? Is Telos legend, a figment of imagination, reality or a combination thereof?