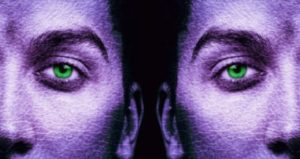 You may have heard stories about a ‘special’ connection existing between identical twins.

Here are a few examples that British author Guy Lyon Playfair has culled from hundreds of anecdotes collected by other researchers:

– Television personality Ross McWhirter was shot in the head on the steps of his London home on the evening of November 27, 1975, and at the time of the shooting, his identical twin brother Norris, located 30 miles away, slumped down dazed into a chair in front of his wife and son, as if he too had been shot.

– In Australia, Peg Crominski was in a car accident in which the steering wheel crushed her chest. Her identical twin, Helen, awakened at the same time miles away with a loud scream, complaining of severe pain in her chest. Both women died in ambulances on the way to the hospital.

– Lady Thelma Furness was in Europe giving birth two months prematurely, when her twin in New York City, Gloria Vanderbilt, though unaware of the emergency birth, began experiencing severe abdominal pains, as if she were also in labor. Only the next day did Gloria receive a cable about the premature birth of Thelma’s son.

A close emotional bond between sender and receiver has always been recognized as one of the prerequisites for most successful telepathy experiments. Numerous surveys of identical twins have found only about one-third of them seem to exhibit that special closeness conducive to sharing telepathic experiences.

But when these bonds exist, they are extraordinary. Studies at the University of Minnesota and elsewhere have uncovered startling correlations between identical twins who were raised apart.

Though never in contact until brought together by researchers, these twins often share the same exact tastes in food, clothes, books, marriage partners, even in the styles of their handwriting.

Most mainstream scientists call these identical twins “coincidence-prone,” and dismiss their connections as a probable hereditary byproduct of genetic anomalies and similar brain wiring.

Studying the apparent telepathic link between some identical twins gained a small degree of scientific legitimacy in 1965, when the American journal Science published the results of an experiment showing a synchrony between the brain waves of two pairs of identical twins who were monitored while in separate rooms.

Each time an alpha brain rhythm (about 7 to 13 cycles per second) was induced in one twin, his brother emitted alpha waves at the same exact time.

Thirty-two years after publication of this experiment a reporter for The New Yorker magazine discovered that the study hadn’t really been funded by the National Institutes of Health, as had been stated in the Science article. The research was a CIA project.

Apparently, officials in the CIA’s Science and Technology Division suspected that identical twins might make perfect spies, one communicating intelligence information undetected to the other, though no evidence has since surfaced to prove this plan was ever activated.

Playfair recounts these and other stories of twins research, studies that yielded both positive and negative results for telepathy, and provides a fascinating overview of how “empathy fields” connect people with close emotional bonds.

For clues to the cause or mechanisms for these paranormal connections, he turns to the findings of quantum mechanics research, especially the 1982 finding that two photons of light, once entangled, remain entangled and instantly affects each other even when traveling in opposite directions.

Identical twins were once part of the same fertilized egg cell, entangled in the womb, and after birth, like photons, they display the same sorts of instantaneous effects on each other.

No less an authority than Sir Roger Penrose, one of Britian’s famed theoretical physicists, suggests that human consciousness itself may be an effect of quantum entanglement and this may explain the unusual bonds between identical twins.

What more of a ‘theoretical’ endorsement does mainstream science need to pursue this opportunity to reveal the deeper truths of consciousness through research into the living laboratories of twins?

Astral Projection And Astral Sex: What You Need To Know

Witnessed by President and Photographed: Marian Apparition of Zeitoun