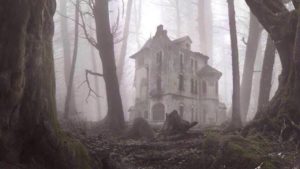 In the Malaysian city of Bentong, Pahang state, a 16-year-old teenager died of a heart attack while visiting a local building – a haunted house, reports the Daily Mail.

The young man came to Bentong on vacation with his best friend and his family. In the haunted house, he suddenly turned pale and passed out.

The people around him tried to help him, took him out into the fresh air and called an ambulance. The teenager could not be saved.

A video posted on Facebook from a fellow tourist at the haunted house shows other people at the site trying to revive the boy as he slipped from consciousness, but to no avail.

As a possible cause of death, takotsubo cardiomyopathy – often referred to as ‘broken heart syndrome – a weakening of the heart’s main pumping chamber that is typically caused by emotional or physical stress.

It is still unclear whether the teenager saw something that could shock him or is it just a coincidence.

Scientists: Bigfoot is a hybrid of a human and an unknown creature