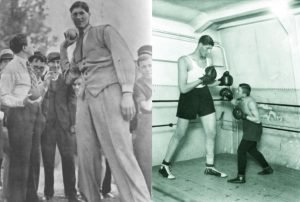 Gogea Mitu was the tallest Romanian ever recorded in modern history. He had an astounding height of 7.4 feet (close to 2 and a half meters,) tallness which soon turned him into an international phenomenon. Before knowing more fame however, he died in mysterious circumstances.

He was born at the beginning of the 20 century, precisely in 1914 near Craiova, Dolj county, Romania. Despite having the traits of a giant, the man was healthy as an ox.

He started learning how to read and write on his own. When he was 10 years of age he couldn’t fit inside the school desk anymore. At age seventeen, Gogea joined the Globus circus of Bucharest where he was easily bending steel bars for the unconditional admiration of the public. 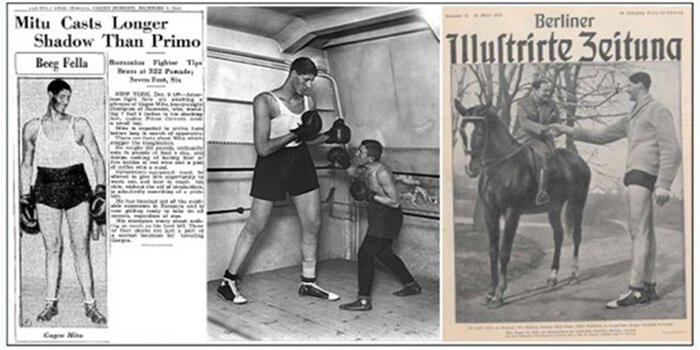 In 1934, Italian scout Umberto Lancia had stumbled across the giant and offered him his services as a manager. After Gogea finished the boxing school in Paris, he began practicing this sport which brought him tremendous success.

No one could defeat Gogea Mitu, only Bergam the German was an honorable match for the giant because he was pretty tall himself.

Everyone thought that Mitu (translated as ‘the Myth’) will become an unstoppable force because of the superhuman strength and size he possessed.

The Americans loved him and were anxious to see him fight in their arenas. However, the odds were not his favor, as the giant was found dead in 1936, allegedly of tuberculosis. 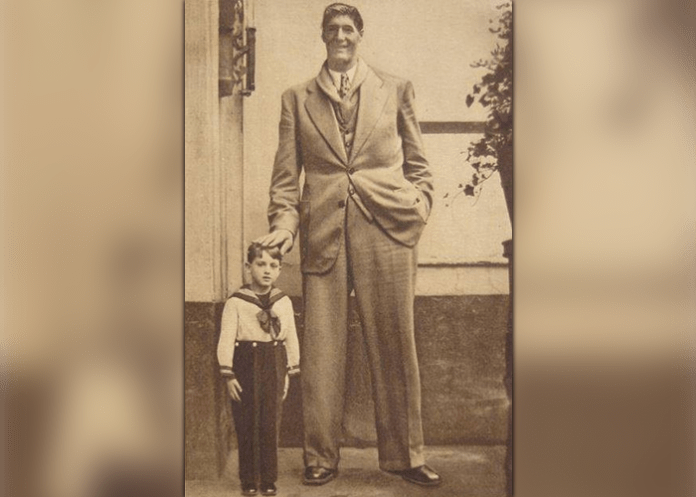 HIS DEATH REMAINS AN ENIGMA

Constanta Burada was the niece of the defunct. She offered more details to a local newspaper about the suspicious circumstances in which the imposing giant had died.

“My uncle was an intelligent man, he enjoyed jokes and had a funny way of speaking. He seemed mature ever since he was a child; he learnt how to read all on his own, and at eleven years of age he couldn’t fit inside the school bench.

“A big circus in Prague offered Gogea a job, so the giant mocked his father and said ‘…it’s ok dad, you always whine that no girl from the village will ever take me. If I go to the circus I’ll may wed a trapeze woman, and she’ll be able to reach me.”

While heading back to Romania from a trip to Paris, upon sliding the train’s window to take a breath of fresh air, he had allegedly caught a flu which ultimately brought his demise.

Although he had been warned by his manager to take extra precautions, Gogea ended up in a hospital because he couldn’t risk missing the tournament in the US.

His relatives discovered his body at the hospital’s morgue. It was already packed, and doctors didn’t allow the family to perform an autopsy to identify the exact cause of death.

Gogea’s relatives were simple people and didn’t have the means to properly confront this decision. They were however allowed to inspect the body on their own.