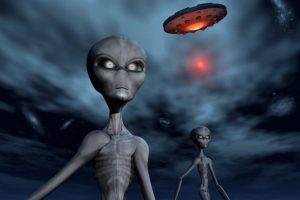 Just when did the UFO phenomenon really announce its presence to the world? That issue remains one of the more hotly contested and controversial debates currently ongoing in the UFO community, and one about which historian and alien abduction researcher Dr. David Jacobs has some quite definite opinions.

“In my opinion,” Jacobs said, “the UFO phenomenon began in the late 19th Century. So if you study the newspaper reports and the firsthand accounts and all that sort of thing long enough, you will be able to fill in the origins and beginnings of this subject. The question is, why weren’t we hearing about it in the way that we did after 1947? And I think that’s more of a cultural problem rather than a phenomenon problem.

“In other words,” he continued, “pre-1947, pre-World War II, basically, there were very few places where people could make reports, and there wasn’t a system of making reports. And as far as I know, there wasn’t any kind of sense in the public that when they saw something really strange, they should make a report. I think that the concept of making a report is a cultural concept, and came about starting after World War II.”

But back in the 1890s, when the first of the mysterious airship waves occurred, people did manage to make reports to regional newspapers.

“People were writing into local newspapers telling them what they had seen,” Jacobs said, “and reporters were out searching for these kinds of accounts. So we hear about it primarily through newspaper articles. Things were happening in the society, but the question then is, was the society ready to go ahead and identify these as really, really strange things that needed to be reported to the public in general?

“But an airship was newsworthy,” he continued, “because everyone knew that flight would be invented, that the air was about to be conquered. There were lots of experiments going on, and it was like a race to do it. Everybody knew it was going to happen soon. And in fact, it did happen soon, within the next decade anyway. So it was a cultural expectation that that would happen. Therefore you get so many people reporting UFOs as airships.”

Jacobs went on to say that there were other subsequent waves of airship (essentially lighter-than-air balloon-type devices, in case you were wondering) sightings in the early 20th Century, but that they failed to capture the public’s imagination as they had previously in 1896 and 1897. In the years immediately following World War II, when jets had been developed and the sound barrier broken, people’s perception of what UFOs actually were again reflected the current cultural expectations.

“The vast majority of people thought of them within the secret weapons category,” Jacobs said. “But not from outer space. It was only later, after so many sightings, when people started to realize they’re so strange and so bizarre, and the Air Force had determined that they were not secret weapons, that people began to turn to alternative explanations.”

Along with his belief that the sightings of the literal physical ships began in the 1890s, Jacobs also contends that the abduction phenomenon started at the same time, although that would be impossible to prove now since so many intervening years have passed that the standard abduction research techniques would be useless. But researchers have come across a few cases from the early 20th Century.

“The abduction phenomenon is something that is intergenerational,” Jacobs said, “and it happens with great frequency to people from the beginning of their lives, from infancy all the way to old age. So depending on the age of the people that we see—if they were born in 1930 for example, they’re now 72 or 73—they’ve had experiences from the time they were children. We do have cases from the 1930s, and we have a few that Budd Hopkins has uncovered from the 1920s.

“But the problem is that we are limited by the age of the people that we talk to,” he went on. “And the older I get, the older everybody else seems to get, oddly enough. So pretty soon they’re beyond anybody’s ability to do independent research on. But I have personally investigated and done some hypnotic regressions with a number of people who’ve had experiences in the 1930s, and they’re pretty much the same as we get now. There are differences, but not that many. There are subtle differences.”

When asked what some of those subtle differences were, Jacobs answered, “Well, we don’t see as many hybrids in the 1930s as we do later on. We see more machine-types of procedures in those days. We see the small gray aliens and all the rest of that, but the problem is that we haven’t done enough work in the 30s to see if there are any serious differences. But we do have cases from the 30s, and therefore there were UFOs flitting about and therefore the alien abduction phenomenon was ongoing.”

Jacobs again traced the abduction phenomenon back to the 1890s.

“Now, you have to remember another thing,” he explained. “This is an intergenerational phenomenon, and if the abduction phenomenon began, as I think it did, in the 1890s, it began with a population of people of which we do not know how many. But whatever it was, it was much smaller than it is today. So you’ve got a much smaller group of people having experiences, clandestinely so. Oftentimes they don’t even have any idea that they’re being abducted, although they know that a lot of strange things have been happening to them, which they would interpret almost exclusively religiously in those days. They’re seeing religious figures at night or something like that. That would be their main avenue of how to categorize what’s happening to them.”

Furthermore, the abductees would be even more alone with the experience than they are today.

“There’s no way to report it to anybody,” Jacobs said. “And of course it’s not in the public’s imagination. So those few people who do know that something’s happening have no way to even talk about it.”

But still their numbers would increase.

“It’s a very small population that’s going to grow through the generations,” Jacobs said, “in a cone-like, ever-expanding way. Until by the 1980s, what you get is a large number of people being abducted [who are remembering things and coming forward.] Then we begin to see what the parameters of the abduction phenomenon are as a result of that. But beforehand, the chances of people having abduction experiences and coming forward in say the 1930s are going to be almost zero. Just because there’s no mechanism to do it, and there’s no societal impulse to do it, there’s nothing in their experience which would allow them to do it, and there’s very few of them.”

Among Jacobs’ handful of pre-1947 abduction cases is the following, which happened in upstate New York in 1935, to a young girl who was stricken with diphtheria, at the time an often fatal disease.

“She was at death’s doorstep,” Jacobs recounted. “She’s not comatose, but she is semi-comatose. She’s just lying there, unable to move. No strength. No energy. Totally out of it. Her father is standing by the bed. The doctor is standing by the bed. And the mother is in the kitchen crying. The next thing she knows, she sees her father and the doctor sort of go slack. They just get sort of glassy-eyed. In other words, they’re out of it. They’re switched off. But they’re still standing there.

“A being comes into the room, takes her out through the window, in the standard operating fashion of abductions. They take her onboard this object. They work on her frantically, and they tell her they’ve got to cure her, this has to be done, and they work on her and work on her. She’s okay then. They bring her back to the window, they put her back in bed, and now she wakes up. Her father and the doctor sort of come to, and she’s fine. She’s hungry. She wants to eat. She jumps out of bed, and the doctor turns to the father and says, ‘This is a miracle we’re watching.’

“The mother comes into the room and the little girl says, ‘I’m hungry,’ so the mother goes out of the room to get some cereal. The mother is overjoyed, and they all agree that they’re watching this miracle. This is a miracle. This shouldn’t be happening.”

Jacobs next provided his analysis of the story.

“Now, if somebody has diphtheria,” he said, “and they’re not expected to live, they don’t snap out of it and jump out of bed and say everything is okay. You slowly get better. Your immune system kicks in and finally fights off the disease, just in the nick of time, and you get better. You’re not just better immediately. That doesn’t happen. But it did in this case.”

Such “miraculous” healings are not unusual with abductees, however, according to Jacobs.

“This is not just a 1935 phenomenon,’ he said. “It’s also a 1985 or a 1995 or a 2005 phenomenon. We see these kinds of things from time to time. The point is that what she described happening to her in 1935 is pretty much what happens now. Not so much cures, but the procedures that went on and the gray aliens and the table and all the rest of that is pretty much the same phenomenon that was happening to her then.”

Jacobs predicts that, eventually, everyone will be an abductee. And to make his case, he has done the math, so to speak.

“So that’s one of the ways that we can date it to then,” Jacobs said, “and also it’s commensurate with the mystery airship wave. There’s a lot of controversy about the mystery airship wave and whether this was a real wave or a folklore wave. I tend to think it was a real wave, but Eddie Bullard, the folklorist, thinks it was a folklore wave. I think he’s wrong and he thinks I’m wrong. But I also look at the abduction phenomenon and we know that it probably started around that time and that that makes sense.”

Is Element 115 The Secret Behind the Alien Propulsion?