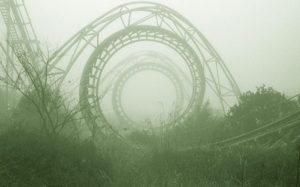 Somewhere buried in the forests of Japan there is a massive amusement park derelict and unused since 1999, but this park is unlike the many other closed down amusement parks around the world.

Whether it’s haunted or just cursed we may never know, but whatever is wrong with this particular amusement park is so bad that the Japanese government didn’t just fence it up and close it off, they hid it from the rest of the world. Welcome to the Takakanonuma Greenland…

Throughout construction the urban myth had begun to grow amongst the locals that the park grounds were cursed, but when Takakanonuma Greenland opened and people started dying in one freak accident or another the myths and rumours turned into fear. The amusement park was shut down for a short time two years later due to concerns over the safety of the rides.

Almost ten years later it would be determined that the rides and the equipment were not at fault. Blame was placed on the staff, and the park would reopen. However, the reputation had already been well earned and attendance was low. That coupled with the opening of more modern amusement parks caused the closure of Takakanonuma Greenland for good, and that’s when things get weird.

For the first while the park was a notable attraction to urban explorers, numerous images began to appear online of the decaying rides. Today the origins of these images are unknown, they float around the internet owner-less. 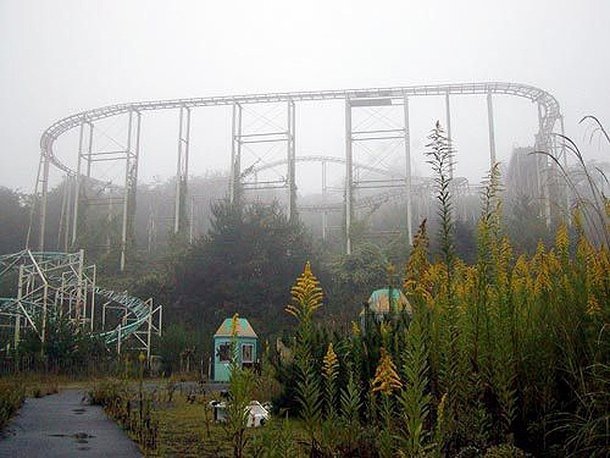 What’s stranger is that knowledge of Takakanonuma Greenland’s location has also vanished from public knowledge. We’re not talking about one or two people taking pictures, but hundreds. Where did the people that took those images go?

In a very real sense, Takakanonuma Greenland has vanished. The Japanese government has listed (but not offered) the park’s coordinates as 37°49’02.16″N 140°33’05.78″E, but these coordinates lead to the centre of Hobara, which is not only extremely unlikely as it’s a populated area, but does not match with anything said of the park in the past.

The official explanation is that the park was torn down and no longer exists, and this may have held true if it weren’t for Bill Edwards.

Bill Edwards “was” an urban explorer living in London and known to travel the world and document his journeys into the forgotten areas man leaves behind. In 2007, after the time that the Japanese government states the park was destroyed, Bill came online to tell the world that he had found Takakanonuma Greenland and he had the pictures to prove it.

He uploaded several pictures, but only one uploaded correctly and it was about as creepy as you can get. The entirety of the park was covered in a very thick fog, which is not unusual for Takakanonuma Greenland, but in the picture a young girl dressed all in white could be made out standing in the fog. 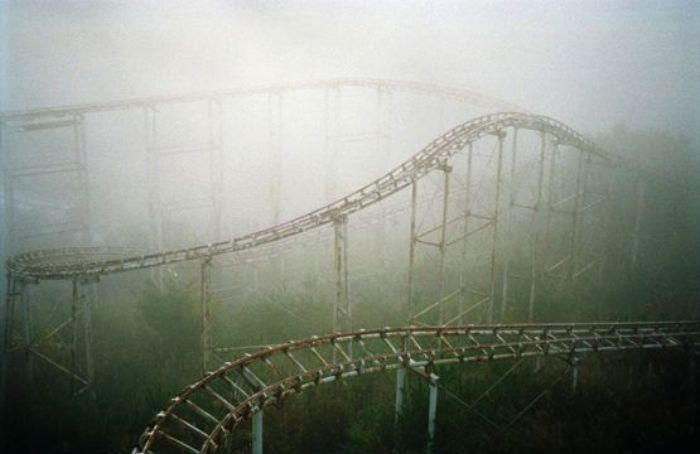 The young girl was never identified and Bill Edwards, not unlike Takakanonuma Greenland, seems to have vanished. The single image he uploaded was scrutinized on numerous forums, but in the end the conclusion was the same.

The park matched the details and was in fact Takakanonuma Greenland, and the picture was an original taken from an angle not seen in other photos. It’s said that the Bill Edwards photo is still shared from time to time throughout forums, but this has also taken on an urban myth feel to it.

The image is never named with the name of the park making sure it does not appear in Google searches. Some say it’s labeled with a version of the coordinates shown above, but either way, Takakanonuma Greenland, Bill Edwards, and his photo have all vanished.

The best information available on how to get there is to take Highway 4 north for about an hour, then take a left before the train station in Hobara.

However; this also means that you’ll be taking Highway 4 from Fukushima, where the nuclear power plant had a meltdown after the tsunami that hit Japan, which means that if the park does exist it’s no doubt heavily irradiated at this point.