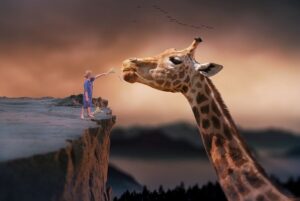 The brain learns by getting new experiences. In life, they are not always enough, so mental abilities are often not used, a person performs certain actions automatically and without thinking.

Specialists at the University of Bern decided to find out if it was possible to somehow increase the ability to learn.

They tested this using a complex neural network, the structure of which is very similar to the human cerebral cortex, with its neural connections.

It turned out that with a certain stimulation, the same as that observed in the human brain in the phase of REM sleep, neurons begin to work and model some kind of signals.

A computer model has shown that a person’s dreams in which he sees affect the brain in the same way as what he encounters during wakefulness.

“It is important to note that restless dreams are generated by recalling individual episodic memories ,” the study authors say.

It turns out that a person’s dreams serve to ensure that the brain works out some situations, models them, draws conclusions and remembers the relationships between them.

So even strange dreams that have nothing to do with reality are the result of the brain organizing the information received.