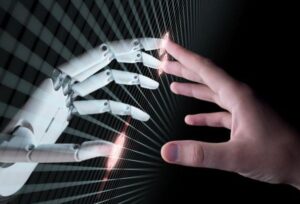 The creation of artificial superintelligence, which is predicted in 2070, may lead to the fact that a person for AI will become a kind of pet that needs to be taken care of, but which does not affect the development of the owner, said in an interview with RIA Novosti futurist Evgeny Kuznetsov.

“This means that superintelligence can not be controlled at all. AI will develop faster than us and without us, “- said the futurologist.

At the same time, Kuznetsov believes, a person for superintelligence will become a kind of domestic animal.

“When talking about superintelligence, I always tell a sad joke that a person will become a kind of ‘cat’, and superintelligence will take care of him and will not allow him to fight,” he said.

According to him, a person will not even be able to realize that he is under care, although he will notice positive changes in life.